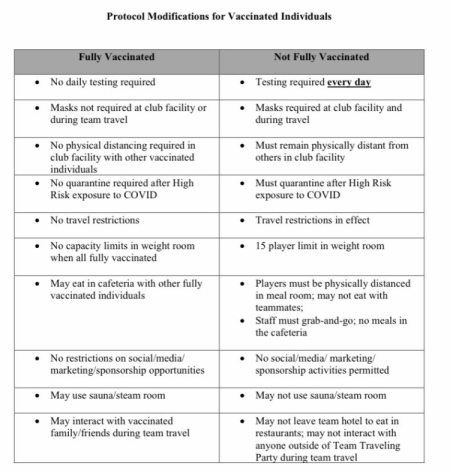 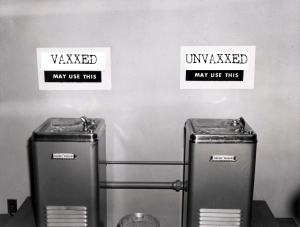 Good morning. Below is the follow-up on Antonio Brown, he was suspended for 3 games along with a couple of his teammates for their part in the fake covid card. He should have known better than involving the chef.

A much better outcome for him than Allison Williams, the ESPN (Disney) newscaster who was pregnant and refused the vaccine, she was fired. Career over.

3 weeks of unemployment for Antonio and a lifetime for Allison.
Discrimination is ugly and so is Disney.

Aaron Rodgers in his own words. It's pretty cool...starting about 18:30 into the show.
Towards the end he asks:

The shaming, cancel culture is wrong. witch hunt.
Bodily autonomy is a right.
My body , my choice.
Health is not one size fits all.
Pandemic of the unvaccinated is a lie.

He did not lie to the league or his teammates.
He must wear a yellow wrist band like a scarlet letter.
He tests every day.
He wants privacy
I think he's a good guy and this will be my last post on him.

They're clearly operators in this covid scam. And let's be clear, they're paid money by big Pharma to smear Aaron Rodgers. To embarrass him. To make an example of him. To sell more vaccines. To control America.

Don't forget your booster Costas, you are the disingenuous one.

Well, it's Aaron Rodgers turn to be smeared this week for not taking the covid vaccine. He's quarterback for the Green Bay Packers and led them to a Super Bowl win over the Steelers in 2010, he was MVP. I don't think his team should force him to take a dangerous jab that could easily end his career. The jab doesn't protect against covid, it makes it worse. I'm not too worried about him because he'll be paid during his time on the bench and ultimately will be able to return without the vaccine, but many others will not since they are not star quarterbacks for the Green Bay Packers. The others I'm talking about are America's children. At no risk of covid, yet forced to take a dangerous shot to go to school. It's starting this week and looks to be an ugly continuation of the forced policy on adults.

Going into week 7 of the NFL schedule I could easily fill my fantasy team with unvaccinated players.
These are intelligent people protected their God given talent.

What pains me this morning is that the players are all on out on the field - vaccinated or not, jamming np swabs twice a week or not, bogus pcr tests, home-made paper stock cards or real, they're playing football and earning a living - while Allison, a pregnant woman, was fired and is not on the field (sideline). It seems like a double standard. She was more easily replaceable than a star quarterback or running back. She was selected by Disney as an example and publicly fired.

I thought America finished with that sort thing with the Salem witches.

In NFL news, Disney has fired sportscaster Allison Williams for refusing the covid vaccine. She's pregnant and explains her principles in the linked video:

I think she made the right decision, healthy newborn babies are more important than Disney's profits.
She was one of their rising stars. Nothing against the others, but she was better...and now she's gone. That doesn't make the world a better place, just the opposite. Good luck Allison, it's likely I will soon join you in the ranks of unemployed IS professionals, teachers, nurses, executives, police, and sportscasters.