Who Moved My Life? Sniff, Scurry, Hem and Haw. 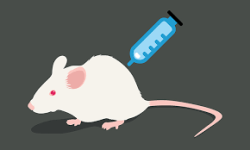 Many years ago, back in 1998, when cell phones were still very dumb, there was a business book called "Who Moved My Cheese" that used a maze allegory to describe what  people do when confronted with change. I've been thinking about this book a lot as I watch folks around me make their choices during this the Covidian Era.  Most of my peers are going forward with life, smartly attentive, but mostly unafraid.  Some are moderately afraid. And others are hobbled with fear.

There are four kinds of people: Early adopters, majority adopters, late adopters and laggards. I think most of us in the AofA family are early adopters.  We saw a need to make changes for our children after their autism diagnosis, and we boy we sure did. In the Covid world, we are surrounded by laggards who rely on the old ways, the ways that have  harmed us over and over, to "save them."  Read the summary and let me know what you think. Someone at Wiki took the time to create a Cliff Notes (boy does that age me!) version of the book:

Allegorically, Who Moved My Cheese? features four characters: two mice, "Sniff" and "Scurry," and two Littlepeople, human metaphor, "Hem" and "Haw." (The names of the Littlepeople are taken from the phrase "hem and haw," a term for indecisiveness.) They live in a maze, a representation of one's environment, and look for cheese, representative of happiness and success. Initially without cheese, each group, the mice and humans, paired off and traveled the lengthy corridors searching for cheese. One day both groups happen upon a cheese-filled corridor at "Cheese Station C." Content with their find, the humans establish routines around their daily intake of cheese, slowly becoming arrogant in the process.

One day Sniff and Scurry arrive at "Cheese Station C" to find no cheese left, but they are not surprised. Noticing the cheese supply dwindling, they have mentally prepared beforehand for the arduous but inevitable task of finding more cheese. Leaving "Cheese Station C" behind, they begin their hunt for new cheese together. Later that day, Hem and Haw arrive at Cheese Station C only to find the same thing, no cheese. Angered and annoyed, Hem demands, "Who moved my cheese?" The humans have counted on the cheese supply to be constant, and so are unprepared for this eventuality. After deciding that the cheese is indeed gone they get angry at the unfairness of the situation. Haw suggests a search for new cheese, but Hem is dead-set in his disappointment and dismisses the proposal.

Meanwhile, Sniff and Scurry have found "Cheese Station N," and new cheese. But back at Cheese Station C, Hem and Haw are affected by their lack of cheese and blame each other for their problem. Hoping to change, Haw again proposes a search for new cheese. However, Hem is comforted by his old routine and is frightened about the unknown. He knocks the idea again. After a while of being in denial, the humans remain without cheese. One day, having discovered his debilitating fears, Haw begins to chuckle at the situation and stops taking himself so seriously. Realizing he should simply move on, Haw enters the maze, but not before chiseling "If You Do Not Change, You Can Become Extinct" on the wall of Cheese Station C for his friend to ponder.

Still fearful of his trek, Haw jots "What Would You Do If You Weren't afraid?" on the wall and, after thinking about that, he begins his venture. Still plagued with worry (perhaps he has waited too long to begin his search...), Haw finds some bits of cheese that nourish him and he is able to continue his search. Haw realizes that the cheese has not suddenly vanished, but has dwindled from continual eating. After a stop at an empty cheese station, Haw begins worrying about the unknown again. Brushing aside his fears, Haw's new mindset allows him to again enjoy life. He has even begun to smile again! He is realizing that "When you move beyond your fear, you feel free." After another empty cheese station, Haw decides to go back for Hem with the few bits of new cheese he has managed to find.

Uncompromising, Hem refuses the new cheese, to his friend's disappointment. With knowledge learned along the way, Haw heads back into the maze. Getting deeper into the maze, inspired by bits of new cheese here and there, Haw leaves a trail of writings on the wall ("The Handwriting On the Wall"). These clarify his own thinking and give him hope that his friend will find aid in them during his search for new cheese. Still traveling, Haw one day comes across Cheese Station N, abundant with cheese, including some varieties that are strange to him, and he realizes he has found what he was looking for. After eating, Haw reflects on his experience. He ponders a return to see his old friend. But Haw decides to let Hem find his own way. Finding the largest wall in Cheese Station N, he writes:

They Keep Moving The Cheese

Get Ready For The Cheese To Move

The Quicker You Let Go Of Old Cheese, The Sooner You Can Enjoy New Cheese

Move With The Cheese

Savor The Adventure And Enjoy The Taste Of New Cheese!

Be Ready To Change Quickly And Enjoy It Again

They Keep Moving The Cheese.

Cautious from past experience, Haw now inspects Cheese Station N daily and explores different parts of the maze regularly to prevent any complacency from setting in. After hearing movement in the maze one day, Haw realizes someone is approaching the station. Unsure, Haw hopes that it is his friend Hem who has found the way.[3]

Sloppy covid science left wimpering in it's own continence secretions?

CCP communism- itis "Corpral Punishment" for wanting to read The Bible! or The Koran!

Reminds me of Maurice Hilliman talking about the Russians not being able to win races as they will have cancer tumors growing in their legs after receiving the vaccine.

Pfizer and BioNTech will donate Covid jabs to inoculate athletes and officials taking part in Tokyo Olympics
The firms will coordinate with national sporting bodies to provide vaccines
Competitors and staff travelling to Japan will be offered a shot before Games
There are expected to be more than 11,000 athletes at the Olympics this summer
By AFP

Next, remove another of the original four monkeys, replacing it with a new
monkey. The newcomer goes to the stairs and is attacked. The previous
newcomer takes part in the punishment - with enthusiasm -- because he is
now part of the "team." (SWAMP)

Now, the monkeys that are beating him up have no idea why they were not
permitted to climb the stairs. Neither do they know why they are
participating in the beating of the newest monkey. Having replaced all of
the original monkeys, none of the remaining monkeys will have ever been
sprayed with cold water. Nevertheless, not one of the monkeys will try to
climb the stairway for the banana.
Why, you ask? Because in their minds, that is the way it has always been!
This is how today's House and Senate operates, and this is why, from time
to time,

ALL of the monkeys need to be REPLACED AT THE SAME TIME!