Autism Reaches 6% in British Schools - it’s just one of those things! 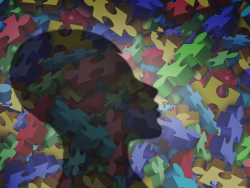 This is a mathematical follow up to Anne Dachel’s report about autism in Northern Irish schools. Northern Ireland may not be completely representative of the United Kingdom but one valuable way in which it is not is that it systematically collects autism data for its children, whereas in the rest of the kingdom we increasingly just have unaccounted special needs chaos. However, the new data leaves us with a clear conclusion that the present autism rate is likely around 6%. The given figure is 4.5% which is based on 13,401 children: the other figure of those on the waiting list for diagnosis is 4,495, and it is clear where we get when the two are added together. We have no means of calculating closely the numbers for the other three nations (England, Scotland and Wales) but perhaps we ought to look at this as the ball-park figure.

How did we get here? In 1999 according to a carefully conducted survey for the geographical region ‘Great Britain’ the figure was just one twentieth at 0.3%. As many of us realised at the time there was already a dynamic increase: there were twice as many cases (0.4%) in primary school (4-11) as secondary (12-18)  (0.2%) although secondary students had a longer time to gain a diagnosis and were monitored by the same services (p.33 Table 4.1, listed as ‘a less common disorder, Pervasive Development Disorder). By 2004, unsurprisingly, this amounted to about 1% in both divisions (p.35 Table 4.1, listed as “a less common disorder, Autistic Spectrum Disorder), and now here we are a further 17 years on and it is times 6 that figure.

Of course, all the time governments around the world did their best to adjust the data to make it appear as if nothing was happening but when the last British government Chief Medical Officer produced a successor survey to that of 2004 in November 2018 (now limited to England) with a figure of 1.2% it was so off-beam and so low powered it was laughable. Should anyone think this present 6% is illusory the new Northern Ireland census reports that two-thirds of  diagnosed cases (66%) are at the highest level of educational need (Stage 5). We have a bureaucratic class that will do anything to cover its tracks, but it was bad luck for the people back in Whitehall that the very earnest Northern Ireland Assembly took autism sufficiently seriously to determine that there should be an annual school census.

Of course, among other things the Covid debacle is a very good camouflage for the meltdown in our schools. With autism at 6% surely some people would notice that there is something up.

Anyone that speaks out about the under reporting of autism and vaccination awareness instantly doomed as a nut job doesnt matter if you were a golden player for the home pharma side at atone time.

I don't believe this woman smashed into a tent as reported by the compromised medical and Police witnesses as the evidence does not support it. There are no broken bones or bodies unlike autism and vaccine damage and death everywhere.

An anti-vaxxer came within inches of mowing down health workers with her SUV at a county vaccine site in Tennessee earlier this week, according to local police.

I would strongly disagree. Vaccine damage is widely under diagnosed and reported.

The Autism I know and understand is so profoundly catastrophic its simply seismic in its magnitude.
The greater diagnosis argument is just another tactic of the guilty parties to deflect away from probably the greatest crime in all history EVER.

“ The government can save money buy using cheaper education supports often those supports used by those with ADHD and OCD which is what most of those with "autism" actually have.”

Have you any evidence that this is true in Northern Ireland or is it just what you think?

Northern Ireland has a problem with liberal autism diagnoses. Northern Ireland which is a psuedo country needs the United Kingdom or Republic of Ireland to survive economically as it is too small in size to have much of a home grown economy. The government can save money buy using cheaper education supports often those supports used by those with ADHD and OCD which is what most of those with "autism" actually have. If the United Kingdom breaks up the education budget will be a lot smaller. The government can also save money with disabled hiring mandates in lui of expensive vocational rehabilitation for young adults with "autism" to reduce the disability burden.Autism is over diagnosed!

Big Pharma is just getting started. There's tons of kool aid in the pipeline that will drive that bloody six percent higher and higher each year, just as it has been since vaccines were introduced. It sounds like the six percent is the most severely afflicted so it's a no brainer to extrapolate aspergers, add, sids, and an entire range of diseases caused by vaccines. The carnage is hard to take, with or without bourbon. Run straight up a mountain, you still feel the pain.

And you're so right about covid camouflaging the devastation of autism and vaccine injury in general. Every day I read of more deaths and wonder why. Apparently, the first person to receive the Pfizer vaccine is dead 5 months later, and he won't be the last.

Don't be so dash silly, there is no such thing as a Fire Tornado ? Have ye seen one on camera? really spectaular !

Round the same semantic hillside with it again and again ,with vaccine injury denial in an ever decreasing vortex .

It is an attack of the gut microbiome thus brain! Besides the amount of shots increasing dramatically in the past 20 years; shots that contain polysorbate 80 which can carry chemicals into the brain and polyethylene glycol (Triton 100), PEG is in over 1000 meds and Movicol (peg3350/4000) which is stripping the gut causing seizures and neurological issues and damage

Rates are going to continue to increase and the NHS is clueless as are other health care authorities!

We all agreed that no country's economy could cope with 5% Autism never mind at the very least 6% how far can they go or are they prepared to go.

BOYS in Northern Ireland are three times more likely to be diagnosed with autism than girls, according to a Department of Health report.

It also shows there is a statistically significant higher prevalence rate of autism in urban areas than the rural population.

The Prevalence of Autism (including Aspergers Syndrome) in School age Children in Northern Ireland' study shows that the condition affects around 1 in 20 pupils.

During 2020/21, there were 13,401 school aged children who had been diagnosed with autism, accounting for 4.5 per cent of the school population.

According to the Northern Ireland School Census, 6.7 per cent of males were identified with autism compared with 2.2 per cent of females.

Excellent letter summarizing the differences between vaccinated and unvaccinated in NY.

I fear vaccine adjuvants, rampant civil unrest, mass and school shootings, declining academics, out of control LGBTQTIA culture, BLM, Antifa, and communism will be the end of all western nations.

The figures also show a large disparity between different regions and between rural and urban areas, with Belfast showing 7.2% (before allowing for the waiting lists) versus 2.1% in the south. I have not previously seen evidence that autism is so dramatically less common in rural areas due to environmental factors.

If it is just a matter of there being fewer services in rural areas so that the waiting lists are longer then 6% is probably quite accurate, but if Belfast has a 34% waiting list then the real figure could be 9.6%.

The rational mind cannot reconcile itself with the lack on concern in population at large.

I think the way public health and media have "monitored" autism and covid is our main problem .. BOTH HAVE BECOME POLITICAL ISSUES … RATHER THAN PUBLIC HEALTH ISSUES.

When it is POLITICALLY expedient to IGNORE an EPIDEMIC like AUTISM .. the EPIDEMIC IS DENIED by IGNORING rising numbers .. WHILE PROVIDING FALSE EXPLANATIONS FOR THOSE RISING NUMBERS … such as … BETTER DIAGNOSIS AND AWARENESS .. IS THEIR EXPLANATION DENYING THE EPIDEMIC.

That COVID IS A PANDEMIC .. WHILE AUTISM'S RISING TREND FROM 1 IN 10,000 TO 1 IN 32 HAS ALWAYS BEEN ..IS A TRUE CRIME AGAINS HUMANITY BY ALL INVOLVED.