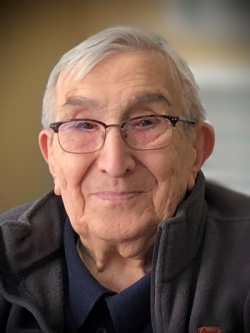 John Stone wrote a tribute to Age of Autism contributor F. Edward Yazbak, following his death on Cape Cod in Massachusetts at age 89. In addition to sharing his writing for the blog, Dr. Yazbak used to drop us an email from time to time, and I remember feeling the old fashioned compassion we used to expect from pediatricians.  Now, long gone. A sad time, when the doctors who truly put our kids' best interests first are leaving us. Our condolences to his family. John's tribute follows the published obituary which read:

Born in Damanhour, Egypt, he was the son of Dr. Edouard and Eugenie (Farazli) Yazbak and brother to Yvonne and Margaret and brother-in-law to Lawrence (all who predeceased him).

Dr. Yazbak arrived in America in 1957 with his medical degree, $62 and four family photos to join the staff of St. Clare’s Hospital in New York City as an intern. Two weeks later he met Maureen who was completing her nursing education at St. Claire’s. It was love at first sight and they married 6 months later. In 1959, he joined the faculty of Brown University’s Institute of Health Sciences as Pediatric Director of the Child Development Study and Assistant Clinical Director for infectious diseases at Charles V. Chapin Hospital in Providence RI. Dr. and Mrs. Yazbak subsequently began a pediatric practice in Cumberland RI in 1963 from which he retired in 1997. Dr. Yazbak was a Fellow of the American Academy of Pediatrics and past president of the staff of Woonsocket Hospital. He was a school physician in Northern Rhode Island for 34 years in service to his community. A proud and grateful naturalized American, he helped several doctors immigrate to America.

Dr. Yazbak was known for his expertise, availability and work ethic. He was the last breed of doctor to make house calls. Patients routinely visited the Yazbak home, only to be invited to stay for dinner. An avid fisherman and boater, he spent many summer Saturday afternoons fishing with family and friends in Narragansett Bay and off Pt. Judith. Later, Buzzards Bay and Vineyard Sound became his favorite spots. When his children were younger and his pediatric practice busy, Maureen ensured he got breaks during the winter by organizing family winter weekends in New Hampshire.

After retirement, Dr. Yazbak returned to medical research and writing and worked to add Italian to his Arabic, English and French. He was happiest with a house full of loved ones. He loved gathering family and friends around a table for large meals featuring great food and wonderful stories.

In addition to his family, Fouad and Maureen cherished their many close friendships which spanned decades and the globe. Friends became family: for example, Dr. Patrick Levesque was like a brother to Fouad. Mrs. Andree Levesque and her son Charles were by his side in his final moments.

Yazbak, known to friends as “Fou” after his Arabic forename Fouad, was 89.

Children’s Health Defense (CHD) President Mary Holland called Yazbak’s death “a terrible” loss. “Ed was an early and important doctor speaking out against the perils and excesses of the vaccine program,” Holland said.

Yazbak wrote extensively on vaccine safety, especially as related to the measles-mumps-rubella (MMR) vaccine and thimerosal. His collected writings on these issues are essential reading for anyone trying understand the history our era — not least because their often idiosyncratic charm reminds us that we were dealing above all with human events hidden behind absurd and brutalitarian institutional claims.  Read more here.

I met Dr. Yazbak, talked many times to him and wrote about him. Truly a courageous and dedicated man.

I'm very sorry to learn of Dr. Yazbak's passing. I only know him through his writing, but it's clear he was a man of great integrity, compassion and intelligence. Sincere condolences to his family and friends.

Sounds like a truly non-judgemental practitioner.
Isn't it just fabulous,, what can be achieved with that, in one lifetime !.

So sorry to read about Dr Yazbak a legend.

Gosh he was smart. Most of all he was kind.

I am so sorry he is lost to the world.

Ed was a man of courage and impeccable scientific integrity, two qualities that are in short supply nowadays. He was also immensely kind and generous. When our younger (autistic) daughter had her bat mitzvah, he sent us an assortment of exquisite Middle Eastern pastries. It was an honor to have known him.

I am privileged to have been one of Fou’s friends. Intelligent, cosmopolitan, and cultured, he generously shared the riches of his mind with everyone. He was a devout Catholic who lived his life very close to God. He included everyone in the circle of his kindness, and was a peacemaker wherever there was friction. He was kind enough to practice Arabic with me on the phone, and scattered exclamations of Alhamdulillah, Praise be to God, liberally in every conversation, and that constant praise was the leavening of his life. I am grateful for the opportunity to have known him. He lives in glory now.

Dr Yazbak .. a sound voice of REASON in a world in which vaccine madness reigns. God bless him .. as his voice will be sorely missed.

Kim is absolutely right about Ed’s devotion to the old fashioned craft of medicine. Even when he was very ill himself if you mentioned some medical problem he would become very focussed, bombard you with questions about symptoms, blood test results etc. He loved doing it and he looked after people.