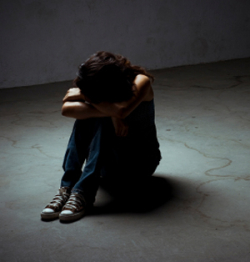 Remember Lupron? It was in the news a decade or more ago. It's a drug that slows or reverses puberty. When used as a treatment to help manage some of the worst symptoms of autism, it was seen as draconian punishing, akin to flogging a child on the town square. Only the most horrible parents and irresponsible doctors would consider using this powerful drug to "change" their children. Children who were wracked with aggression, pain, screaming, gut agony and struggling so very badly. Left to languish from this evil drug.

In 2021, Lupron is offered to children who do not identify with their birth assigned gender. Parents are encouraged to learn their options to halt puberty.

Puberty can be confusing or difficult for a child who is transgender, genderqueer, nonbinary or questioning their gender.

Puberty blockers, also called hormone blockers, help delay unwanted physical changes that don’t match someone’s gender identity. Delaying these changes can be an important step in a young person’s transition. It can also give your child more time to explore their options before deciding whether or how to transition. Source: St Louis Children's Hospital

Lupron was considered unsafe and TOXIC for use in treatment of symptoms of autism: From the Guardian in 2009, ...the imposition of dehumanising and dangerous treatments on children with autism is a more immediate and pressing problem. Toxic treatments for autistic children

Today? Look at what a major US Children's Hospital has on their website:

Most experts, including our team, believe that puberty blockers are safe:

The Endocrine Society and the World Professional Association for Transgender Health support the use of puberty blockers for kids who want to delay or prevent unwanted physical changes.
The U.S. Food and Drug Administration has approved puberty blockers for children who start puberty at a young age.

The denial of this treatment was never about danger to children with autism. It was about the wholesale refusal to find, acknowledge, approve or offer any treatments at all. Our children felt miserable in their own bodies, and no one cared.  For those families whose kids are facing battles with gender identification, we hope you have more answers, support and help from the medical community than we did.

Benedetta
The zinc cadmium mixture was sprayed from the top of the Pruitt Igoe housing project, amongst other places. There was a documentary on the Pruitt Igoe project but I haven't watched it yet.
Walter Johnson discusses the spraying in his book The Broken Heart of America. Other places were sprayed but St Louis was the highest. Winnipeg was next highest, but less than half of 1 percent of the St Louis spraying.
According to the author, there was also a survey of baby teeth showing high strontium 90 levels in St Louis, with a huge jump in 1963, that contributed to JFK signing a ban on atmospheric nuclear weapons testing.

Saint Louis Missouri is where that hospital be.
St. Louis has one of the highest crime rates in America compared to all communities of all sizes - from the smallest towns to the very largest cities.

What are they doing so different in Missouri?
Vaccines plus what -- · According to a report by a professor at St. Louis Community College, the United States military conducted top-secret experiments on the citizens of St. Louis, Missouri for years, from the 1950s on into the mid 1990s going so far as exposing them to radioactive compounds. The researcher, Professor Lisa Martino-Taylor, said that while it has long been known that the government sprayed supposedly harmless zinc cadmium sulfide particles over St. Louis… St. Louis was selected because of its resemblance to Soviet cities at the time. A fine powder made of zinc cadmium sulfide was sprayed into the air from planes and from atop buildings in the city around poor neighborhoods.

How high is the autism rate really there? Higher than New Jersey or Utah?
Do we know?
What about mental health, is it the same there than anywhere else in the United States?
The crime rate isn't. That we do know.

The most recent horror show brought to us by the greedy bastards at pharmedia and the lunatic fringe of the Left.

Odd a drug well-known and recognized as the equivalent to a "chemical castration drug" continues to be recommended as "safe and effective" treatment for altering a child's "birth assigned gender" .. but drugs like HDQ, ivermictin, etc .. are immediately savaged as being LIFE THREATENING .. even though these drugs have been recommended and approved for DECADES.

I suspect if LUPRON had been recommended as a safe and efficient TREATMENT for COVID … it would have been savaged the same as HDQ and ivermectin … as it would have lessened global demand for that MIRACLE OF ALL MIRACLES .. ONE SIZE FITS ALL COVD VACCINE.

Funny how that works .. no?