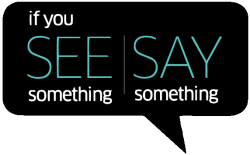 Note: Cathy takes readers back to a difficult time in her family's lives, when she had to fire one of her son's providers. In 2010, my youngest daughter, then ten years old, was physically abused on the school bus by an aide. We got video proof, and long story short, she was arrested, tried and ended up with a felony record. The felony was all I wanted. I knew I'd never get an answer or apology from her. I wanted to make sure she could NEVER apply for a legit job and work with your kids, your parents, your grandparents in any capacity. As our kids grow older, we may have to rely more on more on outsiders to provide care. Most are angels. Some are not.

###
I decided to go through some old files during a recent snowstorm.  I still have several binders from several of Ronan's academic and behavior programs, to include data that goes way back to his early intervention days.  Over the years, I'll read through the important files and letters we've received and decide if I need to keep them or toss them.  Last weekend, I wanted to toss everything.  That's when I came across the name of the young woman I wrote about in this post, back in June of 2017.
Just seeing her name made me angry all over again.  After firing her, we learned that she had been taken off other clients' programs.  We also learned that she may have physically hurt our son.  We had no proof though, and I was not about to invite her back into our home to ask her about it.
Parents of nonverbal children already feel much of the weight of the world on their shoulders.  It brings parents immediately to their knees when they learn that adults they implicitly trusted have done something horrible to their child. It's hard to get back up,  But if we don't, our children can suffer further.
So we get back up.
We stay ever vigilant.
And we pray that our children be surrounded by kind, caring souls who will only do the right thing.
Thank you...Cath

Over the years, I’ve heard wonderful stories from other parents about their child’s caregivers.  I learn that these other humans are kind, compassionate, and able to get the child to do things no one else thought possible.  I love to hear about those victories and those kinds of stories.  Unfortunately, other caregiver stories with not so happy endings have been shared by parents, too.  Those jaw-dropping accounts are shocking.  They are few and far between, thankfully, but even so, they can quickly suck the wind right out of me when I hear them.

Some of those incidents have made the news.  Other times, the person or the facts about the abuse they’ve inflicted gets tucked away.  Not until that person strikes again do details about their past come out.  Withholding that information serves no one, especially the non-verbal severely affect child with autism.  I shed tears when I learn that a child has been harmed – either emotionally or physically – at the hands of another.  When it’s an adult who’s belittled, abused, or caused serious injury to a child with a disability, my blood boils.  And when it’s my child who’s been mistreated, you better believe I’ll make some noise about it.

It recently came to my attention that an individual who’d been working with my child needed to go.  On paper, they were a perfect candidate for us.  In person, it was a different story.  Ronan got hurt.  It wasn’t physical, thank God, but damage was done.  That hasn’t happened often, but when it has, it’s made it very hard for me to trust people again.

I will sometimes say, if Ronan’s happy then I’m happy.  Lately, Ronan had become increasingly unhappy, especially - and only – after some therapy.  He wasn’t the only one who’d grown increasingly unhappy.  I’d been getting a gut feeling that something was off.  When I would drive away after Ronan’s session had started, the pit-in-my-stomach feeling lingered.  I knew something had to give.

Changes had been made, but Ronan’s needs continued to be overlooked and he was starting to get increasingly upset.  I’ve promised to care for my children, to love them, to teach them, and to protect them.  Protecting them, especially Ronan, has the biggest challenge.  I am his eyes.  I am his ears.  I am his voice.  He couldn’t tell me, ‘Mom, something’s not right.  Can you please make it better?’, but his behavior sure did.  Ronan took out his frustrations, and no doubt, lost a little faith in me after his desperate attempts to communicate his dismay during therapy sessions.  By the time I was clued in, it was too late.  The situation was beyond repair.

A program we’d worked hard to create was slowly being destroyed by someone I’d trusted.  Having to address that problem and the person who’d caused the issue made me livid.  While this person gets to quietly exit our lives, I was forced to deal with the fallout.  Holding onto hope that we can move past the interruption and the pain, the burden I carry feels a tad heavier now.  It’s a terrible weight to bear, but if not me, then whom?  Certainly not Ronan!  He’s dealt with enough already.

With Ronan’s needs as great as they are, though, I do still have to rely on others for assistance.  Their experiences, their referrals, and their qualifications are necessary.  They can easily make the process smoother.  But if they don’t truly want to help, or if they are only here for their gain, their assistance will be a detriment instead of a benefit.

I am rendered speechless when I’m forced to deal with the ineptitude of an adult.  When that adult has all the makings of being a perfect, credentialed professional but who can’t see the amazing and incredible fragile human being placed in their care, I am reduced to a puddle on the floor.  Eventually, I pick myself up and begin to move forward.  I have to.  As much as I’d like to do everything on my own, I know that I cannot.

When I next reach outside of my circle for help, I hope that the person I’ve asked to assist us is kind, loving, and ready to assist.  That person may come in the form of a therapist, a doctor, a nurse, or an administrator.  Some truly are willing participants and play their role very well.  Others not so much.  When those bad apples come around, as we recently experienced, one may begin to understand why parents like me have become somewhat jaded.  We trusted professionals.  We depended on them completely.  We believed in them wholeheartedly.  Some professions are amazing, and we want to replicate them, their knowledge, and their programs.  But the bad ones really do ruin it for everyone else.

I pray that we can replace the individual we let go with someone who will be able to look past Ronan’s disability and see the amazing child that he is.  I’m sure we will find an adequate replacement, but no matter who steps into that role my guard is already up.  Who could blame me?  Recovering from disappointment isn’t easy.  Nor is trusting strangers.

Oftentimes, we hear the phrase, “It takes a village to raise a child or to train a child.”  Some people, due to their unique circumstances, must rely on others to help them raise their child.  They readily welcome the village and those within it.  That concept works for them.  It could work for others, too.  It can, as long as it’s not the village idiot who’s been hired or assigned to take care of your non-verbal, severely affected child.

I am so very sorry. Mad with indignation - nothing new there. I have those moments a 100 times a day.

Still I am sorry little Ronan and for his little Mother too.

Tough! Tough! Tough! thing to go through. Thank you for sharing. Very insightful and informative as always. A few years ago a Paraprofessional at my son's school was terminated for being "too rough" with our Sam. The principal called us and stated the staff member had been terminated. At the time my wife and I were satisfied with the action. However, now looking back, we should have looked into pressing criminal charges, so he could not be "too rough" with other students. Blessings to all.