Is It Better To Be Ignored? 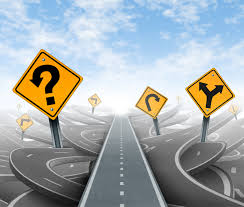 IACC is defunct for all intents and purposes. Autism was no where to be found on either Presidential candidate's radar during the 2020 race.   Do President Biden and Vice President Harris have any plan? do we even want them to notice us?  Katie Wright has followed and written about IACC for us over the years.  Most reviews by her were half a star. The upside to being ignored is that is appears that the intense bias toward neurodiversity of the worst version is lessened. But families are still being crushed. COVID has worsened life for so many, from tots who can not get Early Intervention services in person (imagine Zoom speech therapy for a 2 year old?) to adults without job coaching or jobs, and day programming.

Federal Autism Committee Remains Defunct
A federal committee charged with guiding the nation’s priorities on autism remains in disarray nearly a year and a half after Congress reauthorized it.

The panel known as the Interagency Autism Coordinating Committee — comprised of federal officials and members of the autism community — is tasked with advising the secretary of health and human services and coordinating federal activities related to the developmental disability.

The IACC last met in July 2019 and every member of the panel saw their term expire at the end of that September. Congress renewed the committee in a version of the Autism CARES Act, which took effect in October 2019, and nominations for new members were accepted between Nov. 19, 2019 and Feb. 21, 2020.  Read more at Disability Scoop.

Your right Benedetta .I feel that to correct the problem just rid the indemnity which pharma slithers and cowers behind-problem solved.
If America can vote again Kate C it would be good to have a certain Mr Kennedy up there fighting the fight for President.

I would love to say how dare you Angus. But I can't cause you are scary right.

How did this all begin to turn so bad?

It seems to me that there was one part of the Constitution that was weak. That was medical and health care. We allowed in that one tyrannical thing. Constitutional signer Dr. Rush told them, warned them. .

Two hundred years later; the medical tyrants began to squeeze the American people for life saving insulin, epi pens, and all things medicine related. We made the mistake of whining about it it to the government. We went at it the wrong way because we worshipped that One of the beast's heads that looked like it had a fatal wound, but its fatal wound was healed. All the people of the world were amazed and followed the beast. That is what we did.

So many people voted for Obama and all Democrats in the Congress. All so we could be protected from the beast head that we really created with insurance. We played into big government's hands. Now look at us, we can't even vote. them out. .

Why not run an autism/childhood illness candidate for President in 2024? The requirements for running seem pretty basic. Too naive?

Yes Benedetta when corrupt goings on by governments go un checked they undermine democracy. My view from the UK of the US under the guidance of Obama and Biden is that sadly the US has become the lickspittel arm of China with the UK not far behind. The billions Biden got from China via his bagman son prior to the election is embarrassing to any normal human but this is the Biden's were talking about. Biden shame is long gone and sunning itself on a beach courtesy of the US tax payer.

Dr. Rachel Levine was nominated by President Joe Biden to be the Assistant Secretary of Health and Human Services. ...

Long blonde headed woman.
You all remember her.
She took her 95 year old mother out of the nursing home in Penn. before placing covid sick patients inside the nursing home.

Rand Paul questioned her about gender changes of young patients. Her thoughts on it- it was important to do it before the wrong puberty takes place.

Cause after all she is a doctor and she is God.

I think we want them to forget we exist at this time.
Or it could be like Hitler's personal physician Brandt duly examined Gerhard (a disabled child) saying it was hopeless and then the mercy killings began.

I know; Poor Hitler always must bear the brunt of all comparisons; Dr. Rachel Levine just as sick , and probably much worse. .

"no American president can be sustained as a president, if he doesn’t reflect the values of the United States,"

Amazingly something bad happened during the Obama years when the Democrat party had the support of Americans. Things grew within, monstrous things.

and then as Bob Moffitt says; 80 million Joe has to have fences and razor wire put up around the capitol, probably till this fall -- if not like forever.

the Interagency Autism(lies) Coordinating Committee
There should be a warning saying We lie to you often and here we go again, lying to be expected, where chronology and facts are now considered a conspiracy theory. All believable if we allow the IACC to our thinking for us-mmmm.
I seen Biden defending Chinas rape,murder and torture of the Chinese Uighu people the new norm as iam sad projects sadly.

President Biden continued in his response that he is “not going to speak out against” the Chinese Communist Party’s belligerent actions in Hong Kong, against the Uighurs, or in Taiwan.

“I point out to him no American president can be sustained as a president, if he doesn’t reflect the values of the United States,” the US president continued. “And so the idea that I am not going to speak out against what he’s doing in Hong Kong, what he’s doing with the Uighurs in western mountains of China and Taiwan — trying to end the one China policy by making it forceful … [Xi] gets it.”

State Department responds to reported mass rapes in Chinese Uighur camps
“Culturally there are different norms that each country and their leaders are expected to follow,” he continued.

The “norms” in China, as shown in a recent BBC News exposé, include systemic torture and rape occurring in Uighur concentration camps.

They do not care about us. We are nothing to them. We are a reminder of their many mistakes, so on purpose they choose to IGNORE us!. They always will! So tragic and sad. Just shut up and take your life saving COVID vaccine is their forever message to us.

Nobody (in the white house) actually cares about anyone who is disabled. All they do is “mental health services” (which got me force drugged for ADHD and profound anxiety and force drugged, injected, coercion’ shrugging, being teased by staff, being restrained and raped by 6 people for having PTSD induced behaviors, and rape by 6 doctors face down restraints),

Is it OK to restraints, force inject, force drug, physically assault people with profound and multiple disabilities? My mom (who glorifies psych ward restraints and abuse, calls herself a Christian) also is guilty of restraining, physically assaulting (usually by spanking and hitting me, one time she beat and whipped me to the ground when i was 9 or 10) and emotionally abusing me. She doesn’t want forced injections, drugging nor restraints to end.