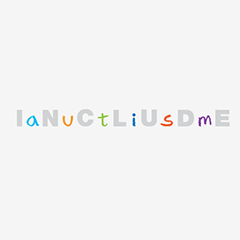 Note: Many families with a child or adult with autism have felt left behind during the last 11+ months of lockdown. From stimulus checks to availability of school and state funded prorgams, SafeMinds asks if we can expect anything more in the current iteration of "relief."

A new COVID relief bill is currently making its way through the halls of Congress. Since the beginning of the pandemic, the disability community has requested dedicated funding towards home and community-based services (HCBS) to be included in COVID relief legislation or packages. Neither the CARES Act passed last March or the $900 billion COVID relief package passed in December included this much needed funding, which is critical for helping people with disabilities continue to live safely in their homes, rather than ending up in congregate settings where COVID-19 has been widespread. In an effort to encourage Congress to include HCBS in the current proposed legislation, advocacy organizations like Center for Public Representation (CPR) are encouraging the disability community to contact their Senators and Representatives directly here. To make things easy, CPR has included information on contacting members of Congress, including email and call scripts. They have also provided sample tweets on their advocacy page. SafeMinds encourages our audience to take part in this advocacy effort. Read more here.

But we do have Rand Paul.

I will go bother him some.

"The disability community has requested dedicated funding towards home and community-based services (HCBS) to be included in COVID relief legislation or packages. Neither the CARES Act passed last March or the $900 billion COVID relief package passed in December included this much needed funding, which is critical for helping people with disabilities continue to live safely in their homes, rather than ending up in congregate settings where COVID-19 has been widespread"

This is tough, for me at this time. I have contacted my senator Mitch McConnell for like every year for the past 30 years, sometimes three or four times a year. .

I think I will pass. Instead I just looked up a group on the internet that are collecting signatures to remove him. And I signed it.

Lord knows what we would get in his place though.

Both the attorney general of Kentucky that is just wonderful, (logical), is from one party; and the governor which won't let us have hydroxycholroquine is from the other party. Both are busy at this time impeaching each other.

Lordy, Lordy; I don't think they now have time to try to find a replacement for Mitch. Who would that be? Maybe that girl Amy McGrath that the Democrats spent 88 million on last fall?

Back to back advertisements on our local TV and radio; that it is still a running joke of a question; if the conversation drags that did ya know Amy McGrath was fighter pilot and a mom.

Don't think she would be much of an asset to us up in Washington -cause we all seem to agree that she is one of those little alligators that wants to grow really big and eat other things in the swamp.

What is the point of sending her since we already have a really big alligator up there in Washington ?

We get what we raise I guess. It does not help that we have such a brain drain - health drain - energy drain on our population, and that makes the pickings kind of puny. .