Autism and Increase Risk of Suicide 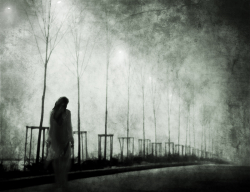 Note: Safeminds reported a frightening study from Denmark on autism and suicide on their site yesterday. As Mom to three adult women with autism, the statistic is paralyzing. My daughters appear to be healthy and happy young adults. Appear. For those with more severe autism, especially the pre-verbal, how does depression, deep depression present? For those who are able to attend school and work in the neurotypical world, the sense of difference must be profound. Women have a very different set of social expectations than men. I am old enough to start worrying in earnest about the life my children will lead when I am gone. I used to think of it as some future event, worth writing about, but it did not cross my mind every time I tucked them into bed. It does now.

New research generated from Denmark has discovered a shocking new statistic. People with autism have more than three times the rate of suicide and suicide attempt compared to the general population. The Danish research team’s study also reported that females on the spectrum and individuals with additional mental health conditions have a notably higher risk of suicide. In fact, women who hold an autism diagnosis had a four-fold higher risk of suicide attempt when compared to men. Additionally, more than 90% of individuals with autism who attempted suicide or died by suicide had a co-occuring pyschiatric disorder. Another important finding from this research is that unlike the general population, the risk of suicide doesn’t decrease with age for people on the spectrum. Danish experts are calling for expanded support and services for adults with autism, especially for those who have additional mental health disorders to mitigate the risk of suicide attempt throughout their lifespan.  Read the original article at Safeminds.

My daughter is on Lamictal.
My son was on it. He did not recognize it was the medicine, but one day he said to me; I have let go of all my anger.
Not every one with depression comes off just sad and blue, but scary angry and mad.
That was my daughter too.

Lamictal does work, but my son became allergic to it.
He took it one morning and rushed out of the house to go with his grandfather to get his hair cut.
He came back with his whole neck beet red. He said it was like a thousand pins in his neck. We thought it was the hair cut. But the next morning the same thing happened.

There are no easy answers to any of this.
Walking is suppose to be the answer. For my daughter it is. She is very motivated for the past 10 years. Walks five miles a day. But for my son; a low mitochondria, ATP output, and nerve damage in the legs, causing flat feet from his brain swelling event when he was nine months old - now 34 - not likely.

But Denmark is going to have expanded services and all of that! Wow. I wonder what they will be like.

Man who took his own life with 'companion' at Scots holiday cottage was diagnosed with autism and suffered anxiety
Brett Stevens had travelled from his home in Tunstall, Hull to stay at the house near Stonehaven, Aberdeenshire.

Asked if Brett had indicated any intention to commit suicide prior to his trip, Mrs Stevens said: “No. Brett planned his death with meticulous detail.

"The reason for that was to cause the least impact on his family.

"That was the sort of person he was.

“We were his world and he was ours. We always said his autism did not define Brett.

"It made him unique, special and brilliant.”

Thank you for sharing this important information and adding your personal message. My 18 y.o. daughter is very depressed. Living with autism is hard and literally painful. So frustrating to still hear messaging about celebrating neurodiversity. Autism kills. No "light it up blue" for us.
"Another important finding from this research is that unlike the general population, the risk of suicide doesn’t decrease with age for people on the spectrum." Takes my breath away. Not in the romantic song lyric kind of way.

If I get good enough in Danish language I could hunt up Poul Thorson, cause there are some serious questions I would like to discuss with him.

While I am at it; is there an award out on him?.

Living in Denmark is usually a pleasant experience. It is a peaceful and clean place to live where the government services work well, and your employers are concerned about your personal life just as much as they care about your productivity. It takes 9 years living here continuously to get citizenship, unless you are refugee status then it is 8.

I barely know English though --- could I learn a new language from just listening to it everyday?