Masks For Covid More Important Than The Masks Hiding MONSTERS Who Care for Autistic People? 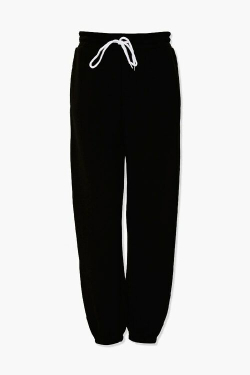 Last night, I was at the kitchen table, eating a small container of leftover pasta with pesto that I had made for dinner at 3:00pm and left on a warming tray for my helpers to serve for dinner while I worked from 4:00 - 7:30 teaching karate. Let me explain. I teach four nights a week. In order to do so, I have a team of kind, smart, funny, beautiful, caring, logical, intuitive helpers that I am able to hire with a budget through DDS here in Connecticut. They are well paid, well fed (ha  ha) and part of the fabric our our lives. Without them, I would never leave the house. No joke. I trust them with my daughters' psyches, well being, health and their very lives.

At 8:41pm, my 26 year old with severe autism walked over and stood in front of me.  She usually brushes her teeth and tucks herself into bed when she feels tired. Last night was different. She took my hand.  Which told me she needed something. I walked with her to the bedroom she shares with her sister. I waited. She took my hand and looked at me. Not a word. She speaks with prompting. Short 2 or 3 word sentences. I looked at what she was wearing and knew right away what she needed. She got a pair of black sweatpants with a drawstring waist for Christmas. She needed me to tie a bow in the  dangling strings. I tied them. She got into bed. Content. Now, I know well enough never to buy pants with a drawstring. She wears yoga pants that do NOT need to be tied. She can not tie and frankly, I don't give two poops that she can not tie. I saw that goal on her IEP for 17 years. It's enough. But the person who bought her the sweatpants did not take into account that Mia does not tie, and that the untied strings would bother her. And that someone would need to help her. Me. Her Mom. It was a simple moment that brought the crushing weight of the responsibility I bear and that so  many of our readers bear. I had just read the story below. What of those children without Mom to know what they need. Or worse, monsters wearing the mask of staff, caretakers. But monsters down to their souls:

The story will sicken you. Scare you. More that any of us is already sick and scared. And we are. Sick of being ignored. Scared of dying and leaving our children behind. Because there will always be strings to tie. And monsters in masks. Always.

Twenty Chester County Devereux staffers allegedly harmed children — or kept quiet about the abuse — since 2018. The company says it's continuing its reforms.

When a 16-year-old with severe autism ran naked into the living room of his residential facility at Devereux Advanced Behavioral Health’s campus in West Chester one early evening in September, a staffer turned off the lights and advanced on the boy.

Four times the man punched the teenager — in his head, his ribs, his groin. The boy, who is nonverbal, put up his hands to try to block the blows.

After the teen broke free and fled, the staffer, Olasoji Satimehin, turned the lights back on, looked up at a surveillance camera, then calmly sat down, according to a criminal complaint. Police say he did not know the camera was equipped with night vision.

Satimehin’s October arrest was the most recent in a string of criminal cases at Devereux.

Since July 2018, prosecutors have charged 20 staffers in connection with alleged physical abuse of 18 different children at Devereux’s three residential campuses in Chester County: Leo Kanner in West Chester, Brandywine in Glenmoore, and Mapleton in Malvern, according to an Inquirer review of court records.

Another atrocity,horror with horrors . Similar criminal deranged behaviourals as,
Winterbourn View situation - Winterbourn Care Home Abuse Scandal.
It is quite astonishing the Victorian assessment standards still think being able to tie shoe laces is an indicator of competency and capacity for learning and potential for promoting independence possibilities ?

It is their problem not yours !

Belts , braces , and shoe laces, basic standards ! Time to call it a day, and move on from it!

The Singing Kettle News Ten The Bed in the..... - You Tube

Kim-this story of abuse of people with autism and disabilities makes me sick to my stomach. You are right that we are all worried about our autistic and disabled children every day and sick with worry over what will happen to them when we die and are not here to take care of them. What horrors await them in these facilities and more needs to be done to monitor these group homes and other places with cameras on day and night to make sure they are protected from abuse and have a visual record of it if and when it takes place. We are all living a nightmare over the future for our children and adult children with autism and other developmental disabilities. I pray every day that a cure may be found by the best researchers around the world while I am still here to take care of my adult son. You are a wonderful mom to your three beautiful daughters.

I find it hypocritical that so called "disabled rights" groups rant and rave about wheel chair accessibility and minor bullying of those with Down syndrome yet, they always forget about physical and sexual abuse of the disabled especially those with autism. That is why I as a disabled person I am not involved with the mainstream "disabled rights" movement the same movement is also borderline racist.

I thought a while back that one reason for the masks may be to hide the identity of misbehaving officials, or to make what they say inaudible to a recording device. I went to see a solicitor recently and warned him that I'm exempt from mask obligations. He said he was too! During the interview he spoke a lot of BS but it was only afterwards I realized that while doing so he always covered his mouth with his hand. I speculated that he may have thought I had a concealed recording device and didn't want to be caught giving wrong advice. This strategy could be very handy in the present situation of wall-to-wall corruption.

Peter Hotez on Democracy Now?
Oh, what a picture.

After watching Peter Hotez on Democracy Now this morning I was put in Twitter jail (having some of my Twitter features suspended for the next 11 hrs) for this tweet:

For the millions of us whom assert that vaccines do cause autism, no one contributes more to vaccine resistance then Dr H’s refusal to have a public conversation w/ scientists whom agree. Plz have Dr’s Jon Poling, Andrew Zimmerman, Paul Thomas, Brian Hooker on your program.

I wonder how loved that beautiful 16yr old boy in the story feels, or how loving we are being to any of our severely disabled when people like Hotez are given so much air time while there is a wealth of scientific evidence out there to help heal victims, and prevent such injuries, and we do nothing.