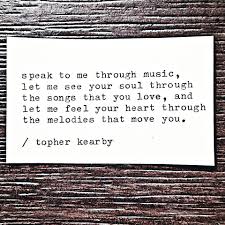 The song Ronan shared from this memory came on the radio last week.  Besides remembering the connection my non-verbal son made, I instantly remembered the sadness that came over me the day that Dolores O’Riordan died.  A long-time fan of The Cranberries, I was devastated.

This bands’ music was part of my life long before autism and vaccine injury rocked my world.  The day O’Riordan died happened to occur during a time we were struggling to control seizures.

Already crying because of how helpless I felt as I tried to help Ronan, I cried a bit more thinking about the tragedy of losing her voice.  I’m grateful that it still has a way of creeping into not-so-random moments, like last week and in the memory I’ve shared below. 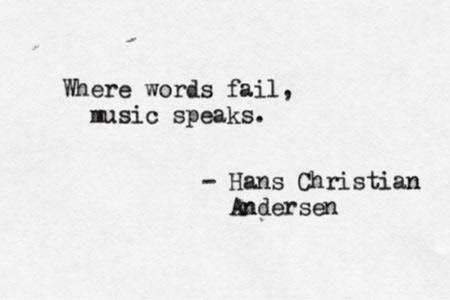 Sometimes, I can't believe the music selections that Ronan chooses.  Other times, I realize that the songs he picks are spot on.  I shared one of those amazing discoveries years ago. The one I'm sharing today was, I thought, totally random.  Thinking that it was so totally random, I'd shared the link with some friends:


He'd picked I Will Always by The Cranberries.  And it really was amazing.

A friend offered some insight later that night.  She said that when kids like our non-verbal children open what we believe are just random youtube clips, they are actually communicating with us.  The more Ronan's done that, including with that Cranberries song he'd opened and played for me, the more I wholeheartedly agreed with her.

Thinking back to when Ronan found that song, it made me pause.  When I listened to the song by myself, it made cry.  Ronan played it for me before a rash of sickness and seizures hit him.

Knowing that I'd never leave his side while he was beginning to not feel well must have given him comfort.  Through the illness, through the sleepless nights that followed, and through the worrisome seizures he later had, I never did leave his side.  I'd promised him that I wouldn't.  It took quite a few days for Ronan to bounce back, but he thankfully got better.

Ronan's played other songs for me since then that I know are not so random.  When I hear those songs now, like when I heard I Will Always last week, I'm reminded of a few things:

First, Ronan has really great taste in music.
Second, he is communicating loudly and very clearly via that music.
Finally, and most importantly, he knows that, no matter what, I will always go beside him.

How could I not?  He has been, and always will be, my biggest inspiration.

Yes, Angus. Such a tragic story of Dolores O'Riordan.

The headmaster of a Scots private school has called for the immediate return of pupils to the classroom while branding Covid restrictions on kids “the stuff of nonsense”.

The head claimed he had seen a dramatic spike in pupils self harming and contemplating suicide at his Newbridge school, which charges almost £13,000 a year for seniors, and asked why climate change, poverty and health crises like obesity had not been met with the same response as coronavirus.

The teacher of more than 30 years said: “Why haven’t we taken these issues as seriously as we have a virus which is likely to end up with a mortality rate of well below 1%.

“In the last three months, in my school and in schools like it, I am witnessing mental health issues unlike anything I’ve seen in my career.

"I am seeing children being diagnosed with clinical depression, increasing rates of self-harm, suicidal ideation and, something I haven’t seen for at least 20 years, a resurgence of eating disorders.”

In a statement on his school's Facebook page, Mr Grant said online learning was adding to the stress and anxiety of many pupils and the needs of youngsters had been placed “at the bottom of every Government’s priority list”, branding the waiting time for child mental health services in his area “utterly disgraceful”.

He said: “Just remember in our attempts to suppress a virus and ‘to save the NHS’ that the price we pay is the downward spiral in the mental well-being of our children and a legacy of under-achievement as a result.

“How dare we have created an environment where a 5-year-old can say, ‘I can’t play with Freddy because he’s not part of my bubble’.

I loved her music but i hear such superb songs and sounds and then realise behind the music is a very depressed young lady, woman,mother and now I find her all too disturbing to listen to due to her unfortunate life which we see a lot in the music industry-sing the songs but dont live the life!wish it was that easy with autism.

The Seekers, an amazing Australian folk group sang Paul Simon's lyrics in Some Day, One Day. Our children need to see this post-it note on their mirror to give them courage and to know how we feel about them.

youtube.com has lots of their songs up.
https://www.youtube.com/watch?v=1WJcW4z-foI

Happy New Year! Beautiful story as always. Our non verbal son Sam who is now 14 has always been a big Abba fan and loves the movies Mama Mia I and Momma Mia II. We actually took him to see Mama Mia II at the Cinema a few years ago. It was a late show and the theatre was mostly empty. Recently he has started listening to Luke Combs, one of his favorites is "when it rains it pours". Interesting given all the Covid situation going on these past 9 months. Blessings to you and your family.