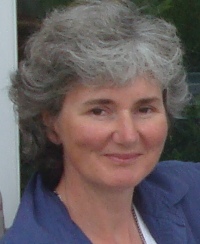 Shots Fired from Across The Pond!  Pfizer's COVID vaccine administration website says that the second dose should be given 21 days later. So why is the UK government now saying the second dose will be 3 full months not three weeks later? Could it be that the second dose provides the one-two punch of more severe side effects that are sure to turn OFF first dosers who may be in line?  By waiting three months, you may have tens of thousands of first doses administered, doses that may have been refused had citizens heard about second dose adverse events.

Participants were more likely to report such symptoms following the second dose of the vaccine.

“[The reaction to the second dose] tends to be a little more of an intense response, which does make sense, considering your immune system has been exposed already,” Heinz said.

“It gets hit with another dose of [the vaccine], and it has a sort of quicker and more robust response. That makes a lot of sense immunologically,” he added. Source: www.healthline.com/health-news/what-we-know-about-the-side-effects-of-pfizers-covid-19-vaccine#Fatigue,-headache,-muscle-pain

The editor of the British Medical Journal has asked the New York Times to correct an article that says UK guidelines allow two Covid-19 vaccines to be mixed.

The US publication reported that UK health officials would allow patients to be given a second dose that is a different vaccine to their first.

Fiona Godlee pointed out in her letter to the NYT that it was not a recommendation.

She said the NYT's headline claiming UK guidelines say such substitutions "may happen" was "seriously misleading".

Ms Godlee said the Joint Committee on Vaccination and Immunisation (JCVI) does not make any recommendation to mix and match - in other words, having a shot of one vaccine and then a different one 12 weeks later.

The Vaccines and Related Biological Products Advisory Committee Briefing Document on the Pfizer-BioNTech COVID-19 vaccine contains disturbing indications that might be a safety signal on pathogenic priming, especially in older adults.

Even scarier.
The Covid-19 'spike protein' -targetted by all of the messenger RNA vaccines, has been found to have changed in some Covid-19 mutations. This effectively means these vaccines will not work aganst certain mutant strains.
Links:-
"New coronavirus variant: what is the spike protein and why are mutations on it important?"
https://theconversation.com/new-coronavirus-variant-what-is-the-spike-protein-and-why-are-mutations-on-it-important-152463#:~:text=One%20of%20the%20most%20concerning,properties%20as%20the%20virus%20evolves

https://www.dailymail.co.uk/news/article-9110847/Matt-Hancock-worried-super-infectious-South-African-coronavirus-mutation.html
Extract:-
"Matt Hancock today revealed he is 'incredibly worried' about the highly-infectious South African coronavirus mutation which top experts fear could scupper Britain's vaccine roll-out.
The Health Secretary warned the variant — which has already been spotted in the UK — posed a 'very, very significant problem'.
His comments came after one of the Government's coronavirus advisers yesterday claimed there was a 'big question mark' over whether any of the current wave of jabs could protect against the mutant strain."

The whole of the UK is now locked down to prevent the spread of a new mutant Covid-19 strain. Will the newly rolled out vaccines work? Who knows?

John - Messenger RNA is very fragile, but the message it delivers is instructions to the genetic code, held within every cell in our bodies, and yes this inevitably involves the DNA genetic sequences, how could it not?.

There has been, in my opinion, a lot of quite deliberate misinformation put out regarding the Oxford vaccine. It was stated to have been developed using 'traditional' methods. In fact what this actually meant, was that a few vaccines had already been developed using the same technology, by the Oxford Vaccine Group and Johnson & Johnson amongst others. These included vaccines for Ebola and Zeka viruses. Calling this technology 'traditional' is disingenuous to say the least.

The following is the Facebook so called 'fact checkers' reasoning behind their claim of 'false information'. on the Wakefield video (link below). They seem to have got Andrew Wakefield mixed up with Bill Gates!! Note they do not properly ADDRESS the claim that these vaccines permanently alter the DNA, mentioning some vague 'previous studies' -no links -but instead state correctly RNA is short lived and quickly degraded. The blunt fact is no-one knows anything about the long term effects of these vaccines, which are officially admitted to be experimental.

"FULL CLAIM: “Bill Gates explains that the COVID vaccine will use experimental technology and permanently alter your DNA”; “RNA vaccines would carry the danger of triggering autoimmune reactions, meaning the body basically goes to war against itself”
Previous studies have demonstrated that RNA vaccines are generally safe. Studies examining the potential integration of nucleic acid vaccines into DNA have shown that RNA from a vaccine does not alter DNA. RNA from a vaccine is also very unlikely to cause autoimmunity, as RNA is short-lived, being quickly degraded by cells after it has been used to make a protein. Therefore RNA does not persist long enough to cause autoimmune disorders, which are chronic in nature. In fact, some nucleic acid vaccines are being developed to treat autoimmune diseases."
Here's the Gates video:-https://youtu.be/T27ysri7bhU

Thanks, I hadn't seen that one before - I am not sure AW was that specific but very interesting.

John most of these Covid vaccines work using Messenger RNA to 'instruct' cells to manufacture a protein, using genetic engineering. The Oxford one apparently issues the instuctions to the DNA direct. Yes I am puzzled too, (see the link I provided below about how the Oxford vaccine works), but ultimately the DNA is altered so the means is academic.

Dr. Wakefield warns=”This is not a
Vax, it is irreversible genetic modification”
Dr Wakefield’s explanation:
https://newtube.app/user/Darek/rjkE32b?fbclid=IwAR1XtjECeOP0k50WY6tSvFayc1NS53fHz3hYu6Wa1co5qSKgew6j9ckLXeA

Switzerland reports first death after Pfizer COVID-19 vaccine shot
It's unclear whether the death is linked to the vaccine
A person in Switzerland has died after receiving the Pfizer-BioNTech COVID-19 vaccine, Reuters reported Wednesday.

The deceased was one of the first people in the country to receive the vaccine.

“We are aware of the case,” said an official from Lucerne, the patient’s area of residence.

They did not confirm whether the death was related to the shot. Details such as the time period between the inoculation and death have also not been released.

Officials said that the Swiss drugs regulator Swissmedic was reviewing the case.

COVID-19 vaccinations in Switzerland had started from Lucerne last week. One dose of the Pfizer-BioNTech vaccine was given to elderly people.

Switzerland has recorded 442,481 virus cases and 7,493 deaths. The country has also reported five cases of the UK coronavirus variant and two of the South African variant.

I don’t know whether it will alter DNA but it is still scary.

This is actually quite scary.
In the UK only two Covid-19 vaccines have been approved for public roll out by the regulators; these are the Pfizer/BioNTech and Oxford/AstraZeneca vaccines. The Pfizer vaccine uses Messenger RNA from an Adenovirus to instruct human cells to manufacture Covid-19 spike protein. The Oxford vaccine also uses an Adenovirus (from Chimpanzees), but this goes straight to the cell's DNA to instruct it to manufacture Covid Spike protein. Both vaccines inevitably alter the DNA of the recipients.
https://www.nytimes.com/interactive/2020/health/oxford-astrazeneca-covid-19-vaccine.html

Any attempt to 'mix' these two vaccines would inevitably lead to conflicting DNA instuctions to human cells. Remember these genetic changes affect every cell in our bodies. This dangerous and extremely foolish suggestion appears to have been made for reasons which are more to do with expediency than anything to do with patient safety and wellbeing.

https://www.dailymail.co.uk/news/article-9027097/People-mix-match-coronavirus-vaccines-jab-chiefs-say.html
Headlines:-
"How people could get 'mix and match' Covid vaccines: UK scientists will trial giving people multiple types of jab to boost different parts of their immune systems."
Extract:-
"Brits could get 'mix and match' coronavirus vaccines to try and stimulate different parts of their immune systems.
Scientists on the country's Vaccine Taskforce yesterday said they would trial giving people a dose of one type of jab and then a booster with a different type.
All the vaccines that are close to approval – or already over the line – in Britain need two doses each to be most effective at preventing Covid-19.
But, because they work in different ways, getting doses of different jabs could 'maximise' the immune response and give better, longer lasting protection."

The logistics of the Pfizer vaccine, which requires very low temperature for storage, have caused problems in the UK, but GPs and vaccination centres have been busy vaccinating over 80s and health workers with the first tranche of vaccines. An angry GP has complained delaying the administration of the second dose of Pfizer vaccines will mean letting down patients with existing appointments for second doses. Cancelling these will almost certainly result in Pfizer vaccines being wasted, since quite large numbers need to be vaccinated at the same time, or unused vaccines will become unusable.