Home Donate Contact Us Special Reports Science Email Subscription 2021 RSS Feed 2021 Our Mission
Think You're Too Old to be Carded?
Ashes Ashes We All Fall Down

You Are Allowed to Worry 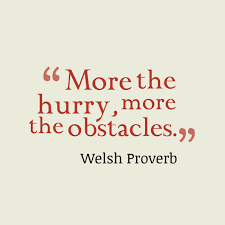 Worry. Go ahead and worry. Would you eat a 20 pound turkey that had been cooked for 2 hours, even if the chef promised you he used a new kind of bird, in a fancy pan, in a never before used oven designed by angels? What if your OB said he could deliver your baby at 5 months gestation and ensure you'd have a perfectly developed, healthy baby? Who will stand up and scream that the Covid vaccines rolling out across the nation have serious side effects and no liability? Seems the FDA might be trying. A little.

U.S. Food and Drug Administration staff recommends monitoring people who get Pfizer or Moderna’s Covid-19 vaccine shots for possible cases of Bell’s palsy, saying it’s not necessarily a side effect but worth watching out for after a handful of trial participants got the condition, which causes half of your face to droop.

One answer....lower test cycle rates as
vaccine is rolled out. MAGICALLY positive Covid test numbers drop and motorcycle deaths are no longer listed as Covid deaths.

MUST SEE VIDEO
"The Great Kary Mullis, inventor of the abused PCR test talks about Antony Fauci!
Hmm, he died last year before they started abusing his PCR test!"
https://twitter.com/TruthandFreedo8/status/1336767749012541443

Well they got Pence and the first lady today; and some man that is in some uniform representing -- I guess the army of the CDC.

We have been hearing that the government won't mandate the Covax, but is that necessary? It has already been pointed out that private corporations can "legally" do the dirty work. Several airlines have already announced no-fly for no-vax card carrying citizens. No jab? No cab, etc.

Blackrock is piping up right now showing us their stacked deck. AND WHAT A DECK!

"The retirement savings and investment accounts of millions of Americans are being used to pressure corporate Americans into adopting the left’s climate agenda and divisive racial politics."

In a “stewardship expectations” report released last week, Blackrock essentially doubled-down on its woke capitalism pressure campaign, saying it would increase the pressure it puts on companies on environmental and racial issues.

In the report, Blackrock issued the order to U.S. companies to disclose the racial, ethnic, and gender makeup of their employees as well as measures they’re taking to advance “diversity, equity, and inclusion.”

“We are raising our expectations, in the context of regional norms, on board and workforce ethnic and gender diversity,” Blackrock said."

"Blackrock, which controls $7.8 trillion of assets, holds hundreds of meetings with corporate leaders in which executives are grilled on how they are complying with the asset manager’s “diversity, equity, and inclusion” agenda."
https://www.breitbart.com/economy/2020/12/17/carney-larry-finks-blackrock-doubles-down-on-woke-capitalism/

And exactly who controls Blackrock? What is its history?
Here's a good place to start:

"Like the other Big Four companies, BlackRock owns a capital stake in the leading banks on Wall Street. But the company also has an appetite for European banks. In December 2009, BlackRock purchased Barclays Global Investors for $13.5 billion. As we see, BlackRock has a very intimate relationship with Barclays bank. That bank, by the way, took first place in a ranking created by the Institute of Technology in Zurich. The Rothschild-led Barclays Bank also held some staggering positions during the global financial crisis."

"Of course BlackRock’s interests are not limited to banks. It buys shares in a wide spectrum of industries in different parts of the world. We have talked about how Fidelity owns a 7% stake in the world-famous company Google. And the second largest investor is BlackRock with 5.7%..."

"And so, many banks and companies that are represented at the annual meetings of the Bilderberg Club, are, to a greater or lesser extent, dependent on BlackRock. If Philipp Hildebrand spoke at the current conference, then I am sure the other attendees listened to him with particular attention and respect. For this reason, one of the best-informed people in the world, former Fed chairman Paul Volcker, once called BlackRock the most powerful financial corporation in the world."
https://www.strategic-culture.org/news/2015/06/18/story-blackrock-modest-participant-bilderberg-conference/

300M doses of inadequately tested vaccine to be distributed in USA alone by end of March. What could possibly go wrong?
https://mail.google.com/mail/u/0/#inbox/WhctKJWJHclqSpsQVGRlVHscPvSdsHHFzbHKrvqvClhcdnXdxBZFwbQLWRqBQbTgZsGPsTL

They are coming for Nancy.....in spite of her lily whiteness.

She is a marked woman. How do I know? Just look at her un-retouched photo in the article. Powers that be want her replaced. Just a hunch.

Nancy Pelosi to Get Coronavirus Vaccine ‘in Next Few Days
https://www.breitbart.com/health/2020/12/18/nancy-pelosi-to-get-coronavirus-vaccine-in-next-few-days/

If she gets Bell's palsy, would anyone notice?

Almost 50% of the population does NOT want this turkey vaccine. Is someone now pulling a REVERSE race card to get out of it?

"Wow. In the
@nytimes
, a doctor explains why the CDC chose to de-emphasize the elderly, even though doing so would've saved lives:

"Older populations are whiter...Instead of giving add'l health benefits to those who already had them, we can start to level the playing field a bit""

"Later in the piece another doctor, named Marc Lipsitch, explains that teachers should not be considered essential workers for the purpose of being given priority vaccines by the CDC because, and I quote, "they are often very white.""

A third expert, an economist named Elise Gould, counters Dr. Lipsitch that teachers *should* be prioritized. Why? Because the families they teach are disproportionately "Black and Brown", and those groups would benefit more than white people."

"Jason Compson
@JCompson_III
So to sum up, in this single article by
@JanHoffmanNYT, three experts--Schdmit, Lipsitch, and Gould-- say that more white people dying will "level the playing field", teachers are "too white" to deserve a vaccine, but that their "Black and Brown" students make them deserving.
https://twitter.com/JCompson_III/status/1339814373121011712/photo/1

I think Louis Farrakhan was on to something.

I am concerned for our health care workers, the gullible ones that are being vaccinated as I write. You know, the ones that weren't told of the side effects because the side effects weren't known or were hidden by a pharmaceutical company or their doctor. The $15/hr staffer that wants to do good and be a part of something larger than themselves. Who is doing right by them ? What's going to happen to their families when someone is permanently injured from eating one of these undercooked 20 pound turkeys ?

Hospitals and clinics that damage their employees' bodies with mandatory vaccines may soon find they have acute nursing shortages and related staffing issues.

There is a disturbing video of a nurse passing out about 15 minutes after getting the covid vaccine. Of course the line is that it had nothing to do with the vaccine ingredients; it’s because she has a condition where she often faints when she feels pain. Sure she does...

I think we are long overdue for FDA usual poppycock … 'CORRELATION DOES NOT MEAN CAUSATION" … followed in a few months with … 'BELL'S PALSY HAS ALWAYS BEEN COMMON .. WE ARE NOW MORE AWARE OF IT .. BETTER AT DIAGNOSING IT" …. move on folks .. nothing to see here.