How Do You Measure Our Worth? 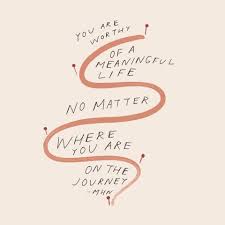 2020 has been a year of impossible things. Is it too far fetched to wonder about a campaign to quietly decrease populations who.... do not contribute? Like my three adult daughters.  Before you pillory me - I do not think for one moment that my beautiful children are non-productive. They employ many people tangentially. They bring joy to many. They are teachers - they teach humility, gratitude, fortitude. My daughters are valuable members of society. They also cost the government a whole lot of money. Oh dear. As the autism epidemic Dan Olmsted and Mark Blaxill and the rest of us at Age of Autism have been clamoring about for going on two decades ages out, the burden is shifting from Mommy and Daddy to the states, here in the USA. 18 means adulthood and an application for Supplemental Security Income. That's about $800 a month at the top level. Add SNAP, Supplemental Nutrition Assistance Program, dollars to the tune of a high end of $195 for a sole head of household, and let's say you're looking at $1000 a month per adult with autism as a minimum. Then add those who have the "luxury" of state DDS programs, budgets for day programs or residential care, each of which can run into six figures. Our kids are precious indeed. Perhaps "someones" have noticed the crushing burden that's coming. Perhaps "someones" have noticed that our "typical" children, boys and girls alike, are riddled with anxiety and mental illness, have lower IQs than their grandparents and are overwhelmed with college debt that hobbles them into their thirties and beyond? Less coming up. And the elderly living longer and longer "thanks" to the miracle of modern medicine. Living expensively in congregate care, not with their adult children as in past generations. Spending down to make Medicaid,. Turning Medicare on its head.

I think we have cause to worry. I'm reminded of the song Silver and Gold that Yukon Cornelius sings in Rudolph the Red Nose Reindeer: "How do you measure it's worth? Just by the pleasure it brings us on earth?"

...mainstream media has had little, if anything, to say about the role of the vaccine developers’ private company – Vaccitech – in the Oxford-AstraZeneca partnership, a company whose main investors include former top Deutsche Bank executives, Silicon Valley behemoth Google and the UK government. All of them stand to profit from the vaccine alongside the vaccine’s two developers, Adrian Hill and Sarah Gilbert, who retain an estimated 10% stake in the company. Another overlooked point is the plan to dramatically alter the current sales model for the vaccine following the initial wave of its administration, which would see profits soar, especially if the now obvious push to make COVID-19 vaccination an annual affair for the foreseeable future is made reality.

Yet, arguably most troubling of all is the direct link of the vaccine’s lead developers to the Wellcome Trust and, in the case of Adrian Hill, the Galton Institute, two groups with longstanding ties to the UK Eugenics movement. The latter organization, named for the “father of eugenics” Francis Galton, is the re-named UK Eugenics Society, a group notorious for its promotion of racist pseudoscience and efforts to “improve racial stock” by reducing the population of those deemed inferior for over a century.

The ties of Adrian Hill to the Galton Institute should raise obvious concerns given the push to make the Oxford-AstraZeneca vaccine he developed with Gilbert the vaccine of choice for the developing world, particularly countries in Latin America, South and Southeast Asia and Africa, the very areas where the Galton Institute’s past members have called for reducing population growth....  READ MORE HERE

"Tuesday, National Institute of Allergy and Infectious Diseases director Dr. Anthony Fauci weighed in on the underwhelming amount of coronavirus vaccinations taken with just a few days remaining in 2020. Around 2 million Americans have received the vaccine, which is just a drop in the bucket of the goal of 20 million vaccinations U.S. officials had in mind by the end of the year."
https://www.breitbart.com/clips/2020/12/29/fauci-on-coronavirus-vaccinations-we-are-below-where-we-want-to-be/

Few want the Mark of the Beast....

This is exactly what I've been thinking, too, greyone. Thank you for putting it into words...I'm too tired and too disgusted to do that anymore!
"Sept 1,1939, a curfew was established by the Nazis, must be inside by 8pm.
Housing restrictions, currency and ownership restrictions, educational rights prior to that.
Patterns of societal abuse were tolerated.
It is unsettling to see echoes of these behaviors."

"I think we have cause to worry. "

As a senior, I am dismayed by the appointment of Zeke Emanuel, who wrote a 2014 essay "Why I Hope to Die at 75" in the Atlantic, to Biden's "covid group".
For some strange reason, I don't think he has my best interest in mind.

I am deeply concerned at the prospect of "authorities" bypassing informed consent for those deemed "vulnerable" for their medical decisions, and usurpation of familial rights (thinking of cdc green zones here).

and then there is the mass masking event that is proclaimed for the "dangerous" 2 yr old on a plane, the senior whose cardiopulmonary system is adversely affected, the anxiety ridden, those with unseeable illness. Something shameful is happening, the cultured thoughtlessness of it.

Sept 1,1939, a curfew was established by the Nazis, must be inside by 8pm.
Housing restrictions, currency and ownership restrictions, educational rights prior to that.
Patterns of societal abuse were tolerated.
It is unsettleing to see echoes of these behaviors.

Pollard in the same sentance as Galton- my how his parents and family must be so proud!

"It was a British man, not a German, who first came up with the term eugenics in 1883. Francis Galton was a cousin of Charles Darwin and he became obsessed with Origin of Species, especially its chapter on the breeding of domestic animals. This inspired him to spend much of his life studying the variations in human ability. He wrote: "The question was then forced upon me. Could not the race of men be similarly improved? Could not the undesirables be got rid of and the desirables multiplied?".

I meant my other comment, not twit.
And I meant fruition and any other correction on mistakes I made. Sigh.

More on Twitter some days back from Linwood; It states that there was a conversation between Supreme Court Chief justice Roberts -- Apparently there is some phone conversation between him and Supreme court justice Stephen Breyer. Something about Roberts using the f bomb in stating that he would do what it takes to keep Trump from getting elected.

So, they have recordings on supreme court justices, and now it seems that this newest twitt is saying they were recorded by - the list of people below in my other twit, if it makes through.

If this is true -- and if it comes to fruitarian -- that we know ; will the omnibus autism bill be back on the table you think?

I am a crazy nut.

That said; My cousin was amazed and astonished that she lost her mother and her sister with in a week of each other from the same liver shut down kind of odd thing. Both were in the same nursing home. Her sister had MS for years. Her mother joined her there just recently. I told my cousin to look no further than their annual flu shot-- it must have been a dozy that year.

Now that I have long established myself as a nut -- my cousin is convinced that I am right. Yeah, more believers.

But do I trust myself on the political realm of things?

Shat to think about Lin Wood????
Crazy twits or is he really just in the know?

One of his twitters not more that 20 hours ago said this:

Now I am asking ya all, did you all know that Robert's kids were adopted way back when he first got in? I did not. They are now both 16 years old.

Bet it is even tougher when you know that Nancy Pelosi, Rod Rosenstein, John Podesta, & John Brennan have a damning & incriminating recording of you!

Tough way to earn a living!!!"