Doctors Believe In Santa More than Vaccine Side Effect Injury 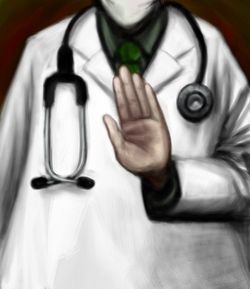 Sure, there are times when the "side effect" is considered beneficial.  Like The Little Blue Pill from Pfizer. Sildanifil was originally a hypertension drug. Viagra has been great for Pfizer's bottom line. But the term is used most often to describe a negative outcome.

Reports of vaccine "side effects" are pouring in on every Covid vaccine, and vaccine "exemptions" are in the news, (my God the irony, as doctors are being penalized for writing exemptions for children.)  The most newsworthy is the allergy warning with the Pfizer vaccine that President Trump is trying to hoard here in the USA. Allergy warning for Pfizer/BioNTech vaccine after UK health workers with allergy history suffer reaction  Many years ago, egg allergy was REMOVED as a contraindication to the flu vaccine, many readers will recall.  Just like that! A roadblock to vaccination was torn down. For years, pharmacists have routinely asked potential flu vaccine recipients if they are allergic to eggs. Now, there is no need for that question, according to updated guidelines from American College of Allergy, Asthma and Immunology (ACAAI). The issue has been that most influenza vaccines are grown in eggs and contain tiny amounts of egg protein. Multiple studies have shown, however, that the risk to patients with egg allergies is small and not much different for others getting influenza vaccines, notes the article in Annals of Allergy, Asthma and Immunology. Source US Pharmacist

Doctors believe Santa will pop down the chimney in two weeks more than they believe in vaccine injury. I want to remind our readers that David Tayloe, the then President Elect (no not that one) of the American Academy of Pediatrics said in 2008 that he had NEVER referred a child to the vaccine injury compensation program in decades of practice. Not one. Nada. Either he had never once seen injury or he never recognized it, or, darkest thought of all, he saw it and never told or assisted the family.

DR. DAVID T. TAYLOE, JR.. PRESIDENT-ELECT, AMERICAN ACADEMY OF PEDIATRICS: Well, first of all, the childhood vaccine program is the most beneficial public health program in the history of mankind.

MCCARTHY: We know that (INAUDIBLE).

TAYLOE: And you must have immunization rates that approach 90 percent to keep diseases such as polio, measles, whooping cough and diphtheria from coming in here from countries. They're one plane ride away and we're that close to an epidemic.

KING: Why are there so many?

TAYLOE: Because we've been able to develop ways to vaccinate children to prevent pain and suffering. Just in my practice, I've watched three children die of each of the different kinds of bacterial meningitis that we immunize for today. And it's tragic when that happens. I, in my practice, have not referred a child to the compensation program for a vaccine-related injury...

"A 40-year old business consultant in India, who volunteered to be a participant in clinical trials of the experimental COVID-19 vaccine (Covishield) created by AstraZeneca and Oxford University is suing Serum Institute of India (SII), which is producing the vaccine in India, for 50 million rupees ($680,000) after he developed acute encephalopathy (brain dysfunction) within 10 days of vaccination. According to Science Magazine, Serum Institute has denied the vaccine caused the encephalopathy and is countersuing the trial volunteer for up to 1 billion rupees (over $1 million) for “reputational damage.”1"
https://thevaccinereaction.org/2020/12/covid-19-vaccine-trial-volunteer-in-india-develops-encephalopathy-and-sues/

"President Donald Trump, Vice President Mike Pence and other top U.S. officials will be offered the newly approved COVID-19 vaccine beginning on Monday as part of a plan aimed at ensuring the continuity of government, a source familiar with the plans said.

Essential personnel at the White House and certain officials in all three branches of government were to be vaccinated within the next 10 days, said the source.

It was not immediately clear whether Trump would get the vaccine immediately, given that he has already contracted the novel coronavirus and recovered.

It was also not clear whether President-elect Joe Biden, Vice President-elect Kamala Harris and other members of Biden's transition team would be offered vaccinations."
https://news.yahoo.com/trump-pence-other-top-officials-221027810.html

Unless someone like Dr. Andy Wakefield gets to randomly select the jabs and record the lot number, I won't believe it.

I am posting the comment below in a few different comments sections, in hopes that AoA readers will happen upon it.

We at AoA know all too well of the false paradigms and supporting propaganda that engulf our airwaves, schools, universities, doctors' offices, even our grocery stores. An example of one such false paradigm backed by seemingly-endless propaganda is that humans need vaccinations to be remain alive, that vaccines are nothing but safe and effective, that any information to the contrary must be censored, and that those who question, challenge, or expose the paradigm as flawed and/or fraudulent must be marginalized, maligned, penalized, and perhaps permanently silenced/eliminated.

Yet, our understanding of the existence of false paradigms and associated propaganda results in an intense compulsion to expose all that is deceptive, fraudulent, and evil in intent.

To that end, I highly recommend the new book "The Contagion Myth: Why Viruses, Including 'Coronavirus', Are Not the Cause of Disease", by Thomas Cowan, MD, and Sally Fallon Morell. This new book brilliantly challenges the "contagion" paradigm and resultant propaganda, which we are all now living through.

To read the book's description, and/or to order it, click here:

The fact that Amazon has banned its sale should make it of further interest to discerning and enlightened AoA readers.

DOCTORS FROM AROUND THE WORLD HAVE AN IMPORTANT MESSAGE FOR ALL OF HUMANITY!
https://www.bitchute.com/video/p4Y609m1fjrE/

These doctors speak out about Covid 19 and vaccines.

These are the very same professionals … public health agencies, doctors, pharma companies … who proudly administered Thalidomide. Vioxx, Talcum asbestos powder, on and .. most recently have been CONVICTED and fined MILLIONS of dollars … for selling OPIOID DRUGS AS NON-ADDICTIVE WHEN THEY NOT ONLY KNEW THEY WERE ADDICTIVE … THEY ALSO KNEW THEY WERE CAUSING THE DEATHS OF THOUSANDS WHO BELIEVED THEIR LIES.

TAYLOE: …… I, in my practice, have not referred a child to the compensation program for a vaccine-related injury...

How many doctors ever reported injuries to patients prescribed those few drugs mentioned above????