Home Donate Contact Us Special Reports Science Email Subscription 2021 RSS Feed 2021 Our Mission
Do You Trust A Pharm Tech to Administer the Most Complex Vaccine In Human History
Dr. Meryl Nass: What happens if something goes wrong after you receive a Covid vaccine? 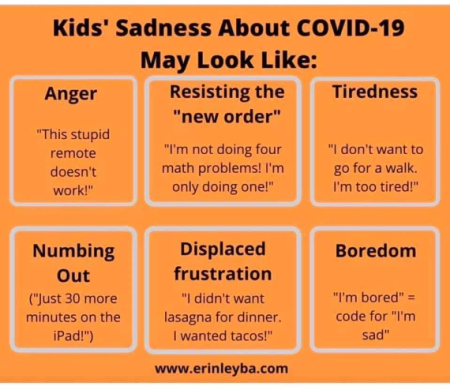 Schools have shut down.

Teaching and learning has gone online.

If you’d told me we’d be living like this a year ago I would’ve balked and said that 2020 sounded like a nightmare.  We don’t have too many nightmare stories here on AofA.  But they exist.  When Managing Editor Kim finds them, she’ll post them.  Never easy to read, it’s important that she continues to share them.  They are a glaring reality families in our community face.  It wasn’t until this week that I looked back and realized that our family has recently experienced a few of them ourselves thanks to COVID19.

When we were asked to stay home for 2 weeks to help flatten the curve, I wasn’t worried about my family.  My heart immediately went out to other special needs families though.  I hoped that they would be okay and that the temporary break in their daily routine wouldn’t cause too much disruption.  My hopefully-ever-after self personally didn’t mind the break and actually welcomed putting life outside our house on hold for a moment.  I love random stay-at-home days!  Plus, Ronan had supports in place that would not be interrupted, so we could continue life as we knew it from home.

For the most part, that worked.

When the country didn’t open the following month, I took it in stride that some parts of life were going to change a tad.  It wasn’t too terrible, and I dealt with minor obstacles like I would’ve normally.  Not until we faced massive delays in treating a medical issue for Ronan did my usually optimistic outlook take a hit.

Ronan had been on the schedule for a surgery in March.  It had been on the books prior to the lockdown and would actually be two surgeries coordinated with two medical teams.  At the time, we were told he was top of the list, a priority patient, one who absolutely needed to be seen as soon as possible.  He’d even moved other patients down the list because of the severity of his condition.  Imagine my shock and concern when his team called and said that the procedures were canceled with no word on when they’d be able to reschedule the OR.  I tried everything to get him back on the books, but our hands were tied.  The providers tried everything they could, too, but their hands were also tied.  COVID19 had become the hospital’s priority, and Ronan’s case was now deemed an elective procedure.  His, and other “non-emergency” cases, would not be considered.  No exceptions.

Ronan would eventually be put back on the schedule, but he wouldn’t have those procedures until July. 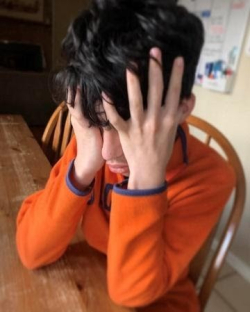 Ronan still deals with that medical issue, but we are able to manage it better and from home.  I’m glad for that.  But the longer life has not returned to what it once was, other problems have come up.  And we’re once again facing the fact that Ronan’s prescribed medically-necessary procedures are taking a back seat.  Other patients, those who also had to wait months to be seen, are now taking priority.  If I had to guess, not all of them are related to COVID19 the illness directly, but if there’s anything to blame it’s COVID19.  The backlog created by it has interrupted getting routine follow-ups done, completing in-office procedures, and yearly evaluations performed.  Those, along with COVID19 restrictions, are keeping doctors and nurses hopping.

I can’t imagine the stress they are under.

As much as I hate to add to their stress, I will do just that.  I have to advocate for my son and his needs.  If that means being a nag when I call for updates, I’ll be a nag.  If it means asking for more advice, I’ll ask for it.  I’d rather be able to punch COVID19 right in the neck than be a jerk to the professionals helping me and my son.  But punching COVID19 in the neck is obviously not possible, so while we live this on-going nightmare I’ll stick to what I am able to do.

I’ll keep Ronan as healthy, happy, and as safe as I have.

I’ll keep in constant contact with the doctors who care about him.

I’ll touch base with their staff who have control of that procedures calendar.

I’ll think out of the box one more time looking for alternative ideas until we can be seen (which is 4 months longer than usual).

And I’ll hope for the best while I fight these awful situations.

The situations I can’t control really can be the worst, but I’ll always hope.  Somedays, it’s the only thing I can do.

Shutting down schools and forcing children to do their schooling online is ineffective at best and is doing more harm than good. Children with the virus are usually asymptomatic, recover quickly if they exhibit symptoms, and rarely infect other children or adults. There is no reason that elementary school children and those with disabilities and/or limited English proficiency could not return immediately to full-time in-person schooling.

Regular high school students should continue practicing social distancing. However, to avoid the chaos and overcrowding of hallways between classes schools might re-organize the students into cohorts whereby a cross-disciplinary team of 4-7 teachers takes responsibility for educating 40-80 students who occupy a specific zone of the school and rarely have classes in another zone. In other words, teachers go to where the students are (i.e. their homerooms), as they do in most countries, rather than students going to the teachers’ rooms as they typically do in the U.S. These cohorts might be organized around an academic theme such as humanities or science-technology-engineering-math (STEM) or a vocational theme such as medical/health care, business and marketing, manufacturing, construction, heating and cooling (HVAC). Broader use of team-taught, hands-on, cross-disciplinary lessons and projects would be a likely feature of such cohort arrangements.

We need to remember that "covid" is just a cold, and that the nurses and doctors are not rushed off their feet, but are busy taking part in the lie. I agree with Bill's point that autistic people are at risk from not being able to express to doctors the presence of serious symptoms, even the verbal patients.

Good God in The Glasgow Salvage Corps ,SOS salvage our science ! and all possible through The Coronavirus Enablement act 2020.
www.challengingbehaviour.org.uk
CQC -Review of DO Not Resuscitate during Covid -19
CQC = Care Quality Commission

Health and Social Care Leadership are going to have one heck of a "Substantial" laundry bill to take care of once the Covid Public Inquiry starts
Define the subjective substantial ?
The old worn out excuse of "sorry, but that's the standards we were working with at the time "
will be in "THE DOCK" without any safe harbour for protection
Leadership is totally "Up yon creek with no paddle!"

Thanks Cathy for the update from the AoA perspective. Because I’m connected to someone with autism, I generally know what COVID means to him and his family. How I wish typical people-families knew.

Most parents do not realize that IEP require in person learning for the most severely disabled children. i have no idea how disabled the women in the article child is, but she should learn her rights as a parent. Still parents of children with "autism" should realize that there child is more at risk of COVID-19 that a child without autism for many reason like lack of speech or (understanding the gravity of any illness) to inform a doctor or the parent of respiratory issues or even sleep apnea heart disease etc. that the child with "autism" has.

I thought about the plague of Athens I he century before Aristotle, 430-426 BC. It lasted four years, killed 75,000 to 100,000 people, a quarter of the population. Some think it was a typhus epidemic.

This article was interesting, describing how society fell apart, many not obeying any laws or moral obligations, in sheer panic and desperation.

Under present circumstances, I think in many places online learning or just reading books at home is appropriate. Many, including me, think homeschooling is far superior to school always, pandemic or no pandemic.

Aristotle — 'All who have meditated on the art of governing mankind have been convinced that the fate of empires depends on the education of youth.'

It’s hard. My daughter’s employment program has not worked out so far, largely due to Covid. At Mass they announced that Father Dan, a healthy, fit man of about fifty, who said Mass just last week, was sick in bed with diagnosed Covid. I saw that on Thursday the US broke our record for Covid deaths, 3,200 in one day. I’d like to know how people coped in the past with epidemics, which have often gone on for several years. The plague of Athens, of Justinian, bubonic plague, cholera, typhoid, typhus, yellow fever, malaria an ongoing problem, influenza... It’s new to us, but not to humanity. Or the animal kingdom.

But I think that without all the measures most of us have taken for almost a year, we’d be seeing a much higher number of deaths, and hospitalization would not be available for many people. We need fortitude and generosity.

Chris Martenson had a new video I saw this morning about new studies showing how stunningly effective Ivermectin was in treating all cases of Covid and longhauler’s Covid at all stages of the disease, prophlactically as well as post-disease. I’m going to try it to see if it helps me. I’ll have to work out the recommended dosage.