Home Donate Contact Us Special Reports Science Email Subscription 2021 RSS Feed 2021 Our Mission
Shut It Down
Moderna Rakes in A Billion for a Vaccine While Dr. Fauci Says the First CoVaxes Will Only Prevent Symptoms

UK "Expose" A Throwback to the Chew Leach Baggs Era 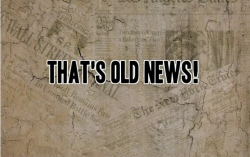 "Our investigator Emma, 44, who is autistic herself, said: “I find it alarming that someone who claims to be professional is spreading such fear and misinformation about vaccination.”"

A UK physician took a drubbing in this article that could have been written in 2000:

By the way the 210£ per hour reported as "high paid" is about $270, hardly a queen's ransom for a medical professional's rate. Here OT and Speech can easily charge that amount.

Many of us have been in the autism vaccine injury world for as long as two decades, or more. Back in the day... when BLOGGER and Yahoo Groups ruled the world, there was a group of bloggers with names like Chew, Leach and Baggs who were early adopters of neurodiversity, demanded genuflection before the genetics of autism, dismissal of any and ALL forms of treatment except educational, refusal to even consider that one's diet could affects one's functioning and of course, that autism was ANYTHING other than a MAN MADE EPIDEMIC.  Ms. Chew had a son named Charlie, I met them both ten years ago at an event. Mr. Leach was himself in the UK, and he had a daughter on the spectrum.  And all these years later, after they pilloried Age of Autism, Dan, Mark, me and so many of our strongest friends, their blogs are long gone, a relic of another era. That said, I hope their children are healthy and well. And safe. Always.

A self-proclaimed autism expert told a mum that studies suggest the MMR jab is linked to the condition.

The same £210-an-hour guru then claimed child ­autism could be alleviated by an exclusion diet which includes organic chicken nuggets...

...But Amet’s ­comments reflect the views of the thousands of “anti-vaxxers” who spread conspiracy theories about the MMR jab and autism online.

One in every 100 children in the UK has some form of autism. There is no known medical cure.

Our probe was triggered when a parent raised ­concerns about the work of Amet’s clinic – Autism Treatment Plus – which claims to have improved the development of 80 per cent of its patients.

As part of our investigation, Emma Dalmayne – who has two autistic ­children – posed as worried mum Petra to discuss fictional Raye, seven.

In a video consultation, Amet pushed the ­supposed link between autism and the measles, mumps and rubella vaccination – fears which medical studies have debunked.

She then went on to make unproven claims about how the condition can be alleviated by changing a child’s diet. The National Institute for Health and Care Excellence has discredited this as a way of managing autism in young people.

My God, what a MASS MESS of OBFUSCATION, MISINFORMATION, and PROPAGANDA! And, to reply to "Benedetta", above, communism, socialism, fascism, and even capitalism itself are all pretty much the same thing in practice. And ALL of them involve the same Global Ruling Elites and Global Banksters, who ALL want to enslave and impoverish humanity....
They all love vaxxxes!....

THROW BACK INDEED!
WE have come forward and there is not going back.
Unless they put us all under communist regime.
Which is probably their plan.

WE have Bernard Rimland that was talking to the big guns up at the NIH way back in the 80s and 90s. That is how come Bernard knew about the diet; he was a great researcher, cared, and all that, but he got steered by the people that were in the powerful positions , and yeah they knew, and was not spouting out the information. That makes them EVIL>

And what are they to say about the really good science on the Ketogenic, low carb diet, the Atkins diet that has been around since the 1920s; and even in 2005 Cleveland Clinic's research said it reduced seizures and planned on looking into it as a treatment for autism. It comes a time when these people just comes off EVIL

What was all this Evil coming toward Wakefield, Smith and Walker; the stomach connected to the brain doctors?

I heard a crowd in Florida chanting last night "Fire Fauci"
Has the time come that we throw off our masters? or are we entering the darkest of times before true enlightenment?

I got the impression from the article that the mother had described her son's diet, including chicken nuggets, and the doctor had said, well if he must have them make sure they're organic! As I've been vilified on other autism websites for suggesting their children should be given healthy food, on the grounds that they would refuse it, I'd like to point out that if you never give your baby/child unhealthy food they don't know what they're missing. The responsibility lies with the mother from day one. But I'm probably preaching to the converted here. (What are chicken nuggets anyway? - I used to keep chickens and they only had legs and wings.)

End all controversy with a single .. scientific, independent study of vaccinated v unvaccinated populations to ascertain … ONCE AND FOR ALL TIME .. if BOTH populations suffer the same chronic autoimmune disorders .. at one time UNCOMMON .. that are now COMMON in children … beginning with autism 1 in 35 increased from one time being 1 in 10,000.

At least investigate serious CRIMINAL ALLEGATIONS of the highest levels of CDC who Dr William Thompson has accused of DELIBERATELY DESTROYING EVIDENCE THAT BLACK CHILDREN HAVE A SIGNIFICANT INCREASE OF AUTISM RISK FOLLOWING MMR VACCINE.

More authoritarian medicine. You can’t of course remotely reconstruct what Lorene Amet said from the Daily Record which makes it even more deeply suspicious, but so many of us know what it would mean for our autistic children in terms of physical and mental torment if we are not able to attend to their digestive issues - and of course there is a huge literature even on Pubmed. One of the problems that these journalists won’t understand that if your child is in pain they may not even be able to explain - at that point deferring to the National Institute of Care and Health Excellence is simply negligent (oh my God they can’t be in pain because they are autistic!) We can also even find out from Patient Information Leaflets that all vaccines can cause neurological harm. The actions of the charities when confronted with such issues are contemptible.

Here’s a relatively Recent paper on autism and gut dysbiosis.

Purpose of review: There is a growing body of evidence indicating the gut microbiota influence neurodevelopment and behavior. The purposes of this review are to provide an overview of studies analyzing the microbiota and their metabolites in autism spectrum disorders (ASD) and to discuss the possible mechanisms of action involved in microbial influence on the brain and behavior.

Recent findings: The microbiota-gut-brain (MGB) axis has been extensively studied in animal models, and it is clear that alterations in the composition of microbiota alter neurological and behavioral outcomes. However, findings in human studies are less abundant. Although there are several studies so far showing altered microbiota (dysbiosis) in ASD, the results are heterogeneous and often contradictory. Intervention studies such as fecal microbiota transplant therapies show promise and lend credence to the involvement of the microbiota in ASD. A role for the microbiota in ASD is likely; however, further studies elucidating microbial or metabolomic signatures and mechanisms of action are needed. Future research should focus on intervention studies that can identify specific metabolites and immune mediators that improve with treatment to help identify etiologies and pathological mechanisms of ASD.

The chicken nuggets!! Yes my grandson loved these Macdonald's specials, and now in his twenties, still does!! It's perfectly true as a child they upset him, and certainly helped to cause the 'challenging behaviour' similar to the child mentioned in the above article. My grandson, who regressed following the MMR vaccine, was then a Royal Free patient under the care of Professor Walker- Smith, who was dragged before the GMC alongside Dr Wakefield, but later completely exonerated. At that time a collaboration with Poul Shattock, on dietary interventions for autistic children, resulted in my grandson being prescribed a gluten/ casein free diet., in those days 'free from' products were hard to find and expensive. The difference in my grandson's behaviour was miraculous; his physical health improved too.

The Macnuggets? We removed the coatings! Persons who know zilch about parenting cannot understand how problematic it can be persuading children to eat the 'right' foods. Ms Amet appears to have suggested replacing the standard nuggets (which were a part of the child's diet which concerned her), with organic ones, presumably with a gluten free coating. The dairy is easier. My grandson liked puddings etc made with calcium fortified soya milk substitute. My advice to the mum in the article is 'give it a try'. Ms Amet has been vilified for her excellent professional advice. I could add all her dietary advice was completely harmless, no nasty chemical coshes for that 'challenging behaviour'.

Thev following is the Wikipedia biopic of Paul Shattock. His dietary autism advice has, like Prof Exley's aluminium research been denigrated and vilified, but is slowly being accepted within the academic community. It's not a cure, but it helps. My grandson is living proof of that.

https://en.wikipedia.org/wiki/Paul_Shattock
"Paul Shattock OBE is a British autism researcher and scientific consultant to the charity Education and Services for People with Autism, of which he is also the founder.[1] He was formerly the director of the Autism Research Unit at the University of Sunderland. He is well known for his disputed research into dietary therapy and autism, having claimed that autistic children may have a "leaky gut" which allows certain peptides to enter the bloodstream, and claimed that they excrete unusually high levels thereof. As a result of this speculation, he has promoted the use of a gluten-free, casein-free diet to ameliorate the symptoms of autism, a theory he developed along with Kalle Reichelt. In addition, he has claimed that a protein found in milk may play a role in the etiology of autism.[2] He is also the former president of the World Autism Organization."