"There is a race to get the public vaccinated, so we are willing to take more risks" 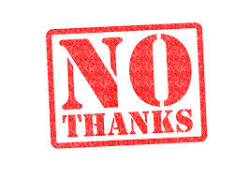 The article below buried the lede, if you'll pardon the grim phrase.  In this article from The Jerusalem Post about the Modern mRNA vaccine that includes its risks, you find out Professor Michal Linial of Hebrew University of Jerusalem is in no hurry to try the vaccine herself. But when asked if she would take the vaccine right away, she responded: “I won’t be taking it immediately – probably not for at least the coming year,” she told the Post. “We have to wait and see whether it really works.”

Could mRNA COVID-19 vaccines be dangerous in the long-term?

"Israelis celebrated on Friday when Prime Minister Benjamin Netanyahu announced that the country had signed a deal with Pfizer Inc. to buy its novel coronavirus vaccine. But the fact remains that if Pfizer succeeds – or Moderna, with whom Israel also has a contract – these will be the first-ever messenger RNA (mRNA) vaccines brought to market for human patients.

In order to receive Food and Drug Administration approval, the companies will have to prove there are no immediate or short-term negative health effects from taking the vaccines. But when the world begins inoculating itself with these completely new and revolutionary vaccines, it will know virtually nothing about their long-term effects.

“There is a race to get the public vaccinated, so we are willing to take more risks,” Tal Brosh, head of the Infectious Disease Unit at Samson Assuta Ashdod Hospital, told The Jerusalem Post.... Could mRNA COVID-19 vaccines be dangerous in the long-term?

https://www.zerohedge.com/political/british-elite-army-unit-spy-combat-anti-vaxxers-sunday-times
As anti-lockdown protests continue to rage in London, resulting in the arrests of over 150 this past weekend, The Sunday Times is out with a hugely alarming report that almost has to be seen to be believed given how open and brazen an example it is of the state using every means possible to crush free speech and independent thought.

Britain will literally use military intelligence to seek out and stamp out what The Times calls "anti-vaccine militants" and related "propaganda content" in cyberspace.

Of course, it's entirely open to state authorities' interpretation as to what this even means, and will likely morph into cracking down on any speech that's even remotely critical or questioning as to the potential harmful side effects of the new rapidly developed COVID-19 vaccines.

The Times writes that a secretive elite unit will be used as part of information warfare combating anti-vaccine content online:

The army has mobilized an elite "information warfare" unit renowned for assisting operations against al-Qaeda and the Taliban to counter online propaganda against vaccines, as Britain prepares to deliver its first injections within days.

The defence cultural specialist unit was launched in Afghanistan in 2010 and belongs to the army’s 77th Brigade. The secretive unit has often worked side-by-side with psychological operations teams.

If this doesn't sum up the British state's self-understanding of its own immense power and control over citizens in the year 2020 then nothing else will: the military will use psyops on UK citizens to enforce vaccine group think.

The army has mobilised an elite “information warfare” unit renowned for assisting operations against al-Qaeda and the Taliban to counter online propaganda against vaccines, as Britain prepares to deliver its first injections within days. https://t.co/7JY2gl0oMj

— The Times (@thetimes) November 29, 2020
But it's not exactly that the UK military openly admitted this. Instead, it's coming to light via leaked internal documents:

Leaked documents reveal that its soldiers are already monitoring cyberspace for Covid-19 content and analysing how British citizens are being targeted online. It is also gathering evidence of vaccine disinformation from hostile states, including Russia...

And of course "Russia!" manages to be conveniently slipped in as the ultimate "justification" - given the military must fundamentally frame its operations as seeking to root out and subvert a 'foreign plot' as opposed to admitting blunt suppression of citizens' rights and freedom of information.

An important point I think is that the term "vaccine" can also apply if the injection is nothing more than some therapeutic molecule, such as an antibody.

Of course the usual vaccines, or ALL until now, had all kinds of foreign animal DNA and RNA mixed in the stew, tissue from abortions, as well as heavy metals, such as mercury in flu shots.

But if only antibody makes up the contents, as I presume they're now trying to do, to isolate specific anti-bodies from plasma from an immune person's blood, then we need rethink our antagonism to vaccinations a bit.

From what I've read, vaccines until today did not deserve that name. Until today, vaccines were TOXIC - to the hilt! I'm certain vaccines autism and so many other horrible chronic illnesses.

But if only antibodies are therein, and I know not if that in itself is even possible, but if it is, then we need not recoil and reject it so quickly.