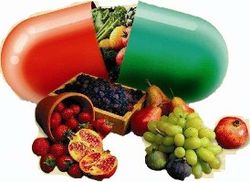 "Improving the health and development of individuals with autism," is the introduction to Ms. Amet's website Autism Treatment Plus.  My goodness, doesn't that sound just dreadfully cruel? Improving the health - pshaw! Improving development - scandalous! Cure for autism has been a four letter word for decades. Even treatment needs to be wrapped in obfuscation and cloudy verbiage to pass muster.  We've seen many experts, like Dr. Amet, who have the audacity to try to help families facing the challenges of a loved one with autism smeared, ridiculed, put out of business and perhaps... worse.    It's as if healthy, clean food, non-toxic living and proper nutritional supplementation are worse than chemotherapy and radiation combined.

Meanwhile, every day I see adults standing outside in the cold, New England air pulling down COVID masks to smoke their cigarettes during a work break and the lines of cars at McDonald's snaking into the streets like never before, as overweight Americans riddled with heart disease and diabetes get their daily fix.  Our idea of treatment, health, how to protect ourselves is inside out.

Below is a response from Lorene Amet, PhD, to the ambush consultation that lead to what we in the USA would call a smear campaign publish in the Mirror in the UK. High paid doctor falsely claims MMR jab triggers autism - and chicken nuggets can help cure it Dr Lorene Amet was ­recorded making the claims and experts were left horrified by her remarks. The involvement of a supposedly respectable newspaper with the attention seeking Emma Dalmayne is disturbing. We wrote about the article earlier this week:  Throwback to the Chew Leach Baggs Era

The article published by the Mirror on 31.10.20 follows an undercover recording of a consultation with the campaign activist Emma Dalmayne, from A.I.M – Autistic Inclusive Meet. The recording was coordinated by Amy Sharpe with whom Emma Dalmayne previously collaborated on other pieces using a similarly imbalanced / poor quality reporting, subterfuge and secretive recording devices.

I believe the stunt consultation was part of an orchestrated campaign aiming at defaming me personally and is evidence of breach of the Editor’s Code of Practice because of its inaccuracy and the misleading reporting of the article.

My complaint to IPSO (Independent Press Standards Organisation) is currently being assessed. I will update on the outcomes in due course.

Thank you Angus, for endorsing Dr Amet's professional advice which helped your son 20 years ago. My grandson was then living in London, but I was aware of all the the sterling work Lorene Amet and her Scottish Autism Trust team were doing to ameliorate the suffering of autistic children with painful bowel problems. She never claimed her interventions cured the condition.

The 'trusted' NHS has been worse than useless for my grandson, following his discharge from the Royal Free clinic. Unfortunately, those Royal Free Notes followed him around like the smell of a dead rat. No subsequent clinician wanted to touch his case, far less get involved with any kind of treatment, other than repeat prescriptions for strong constipation remedies.
Recently, we found out all those clinical notes had been destroyed, resulting in a consultant at an epilepsy clinic accusing my grandson of making up the epilepsy in order to gain attention. Fortunately my daughter who always accompanied my grandson to these clinics, (at his request), had copies and was able to supply all the diagnostic notes. They also insisted on an up to date brain scan which confirmed the epilepsy. The consultant conceded the diagnosis, but has never apologised to my grandson.

We also had our son to Lorene and Ken Aitken under the autism trust and the advice we got was insperational.Back then 20 years ago Gluten Free was mainly a lump of rump steak-but with some pointers we were able to increase diet and cut out the bad bits thanks to Lorene and her team.

John -you are right -the primary source for this article was The Mirror:-
https://www.mirror.co.uk/news/uk-news/self-styled-210-hour-autism-22937387

Thanks John- When I Googled this I found the same article in no less than 10 press outlets, none of them The Mirror, but the Daily Record and the Daily Star were represented.

The propaganda is heating up. Last night the BBC put on a shameless tirade against vitamins, supplements and healthy living, masquerading as comedy by one of my previously favourite radio comedians, Marcus Brigstock. It was insultingly unintelligent and I will not be listening to any more of his series. I've already stopped listening to BBC news, but some of the radio comedies have actually begun satirizing the present situation, which I find a step in the right direction. I think They must be really scared. as they can't possibly believe many people will fall for such rubbish as all this.

Apparently, the original was in the Mirror and the Record was just one of the places it was syndicated to. Miriam Stoppard country.

I should add, Dr Amet has made her IPSO complaint against the wrong newspaper, and should withdraw it. The Daily Record is a Scottish publication, whilst the Daily Mirror is a national newspaper, although it publishes a Scottish edition.

I commented on the earlier AoA article, explaining how my autistic grandson benefited from a gluten casein free diet prescribed by Professor Walker-Smith's team at the Royal Free Hospital London. That was more than 20 years ago. My grandson, now in his twenties, has learned to avoid certain foods, mostly dairy. If he makes a mistake -he suffers for it! It is important not to confuse this with celiac disease.
https://www.ageofautism.com/2020/11/uk-expose-a-throwback-to-the-chew-leach-baggs-era.html

I forgot to mention, certain food additives and preservatives, including monosodium glutamate, can also cause problems for these children. This is why Dr Amet recommends organic food, produced and processed with a minimum of chemicals. Dr Wakefield was employed as a researcher at the Royal Free, (NOT a clinician); he was part of the 13 strong multidisciplinary team, involved in the 1998 Lancet 'Early Report', which included clinician Professors John Walker-Smith and Simon Murch.

This team first identified a link between autism and gut problems. This link has now been acknowledged by mainstream scientists researching in this field, although Dr Wakefield and his colleagues have been denied any 'credit' for their discoveries. As for the GF/CF diet. The medical-political 'push back' has been horrendous, including a UK television medical drama, featuring a 'mad' mother 'depriving' her young autistic son of calcium. His life was 'saved' by a Ca transfusion. This kind of ficticious rubbish has actually led to mothers being falsely accused of Munchhausen's Syndrome by Proxy in the UK.

For the record, gluten alternatives include rice, cornflour and buckwheat. Dairy alternatives include soya substitute milk, which can be calcium fortified, although calcium is abundant in meat, eggs and vegetables. Free-My grandson then lived in London, a hard water area.

I would be happy to back up Ms Amet's complaint to IPSO if she wishes. I note the Daily Record, (an appalling Scottish rag), also dug up Dr Wakefield for a spurios denigration in that same article.