Education Down Under is Going Under... 50% Rise in Students with Disabilities Predicted 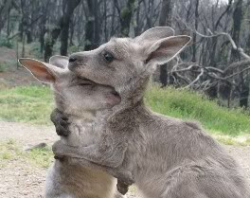 If you think anyone anywhere is ever going to address the decline in the physical and mental health of children, THE ANSWER IS: NEVER!

We’ve calmly and unquestioningly watched as autism became a normal and acceptable part of childhood over the last twenty plus years. Everywhere in the world the response has been the same.

Everyone also knows it’s not just autism plaguing more and more of our children as there is now an endless litany of disorder labels regularly assigned to kids. Add this crisis to the fact that more than half of our children are chronically ill and it’s clear we’re on an accelerating and unstoppable downward spiral.

No increase in the rate of anything has ever caused alarm or even real concern from doctors, health officials, legislators or educators. No one demands we find out what’s going on and reverse the rates. It sounds insane, but we’re routinely told that none of this is really a problem AND we can expect it to get worse.

Recently I come across an article published in Australia that proves my point: THE NUMBERS WILL BURY US AND WE WILL DO NOTHING TO STOP IT.

On  September 2, 2020 the Sydney Morning Herald published the story, Schools must prepare for 50 per cent rise in students with disabilities: report

Speaking about schools in Australia the opening warned of what’s coming.

The number of students with disabilities in the public education system is predicted to grow by 50 per cent in the decade to 2027, and they will need twice as many specialist teachers and thousands more support classrooms.

Autism diagnoses are a big factor.

The number of students with autism in NSW state schools has been growing by almost 15 per cent per year.

Any thinking person would want to know WHY. What’s happening to our children? Why is it going to get worse? What can we do to stop it?

Incredibly reporter Jordan Baker didn’t discuss any of these questions in her story. Ms Baker wasn’t worried. She only talked about the need for more special schools, more training for teachers—all of which means lots more spending.

Six new special needs schools will also have to be built every year if diagnosis and enrolment rates continue and policy settings do not change, modelling by Boston Consulting Group (BCG) for the NSW Department of Education found.

The confidential report, obtained under freedom of information laws, prompted mental health experts to call for a major investment in disability support staff, training and resources for schools, saying teachers are not equipped to respond….

Baker sounded an alarm about the need for huge increases in services.

Under a status quo scenario, the specialist teaching workforce would need to increase from 12,000 to between 19,000 and 23,000 in 2027, the BCG report said. However, such teachers were in short supply; only 56 per cent of learning and support roles in mainstream schools were filled permanently.

The president of the federation, Angelo Gavrielatos, said the number of students with a disability had already increased by 500 per cent since 2002.

"Teachers and principals are not adequately supported to meet the growing complexity of student needs," he said.

Professor Hickie said students with disabilities should be in mainstream schools where possible, but they needed significant support.

"The expectation is that teachers and normal classrooms will have capacity to respond," he said. "Without a lot of help, they won’t."…

"Schools are really, really struggling with these kids," he said. "They don’t know how to manage these quite severe behaviour problems."…

Baker did make one vague reference to autism that made it sound like this is all just the result of better recognition.

She believed growth would slow, although psychology professor Ian Hickie disagreed. "We are on the upswing of the curve of awareness of [neurodevelopmental problems in children]," Professor Hickie said. Rates of childhood anxiety and ADHD diagnoses were also rising.

Get the message? Only the diagnoses are rising, not real numbers. Kids have always been like this. We just never noticed.

Anne Dachel is Media Editor for Age of Autism

Where being vaccine woke has got this lady warrior-but she still has no regrets-spot on a true warrior.

NHS nurse suspended after branding Covid a 'scamdemic' and spreading conspiracy theory lies
Tracey McCallum, from Darvel, Ayrshire, has been reported to NHS 24 bosses but told the Record speaking out was worth risking her job for.

Oh Bob Nooooo, not that, please not Global warming/ change Oh for heaven sakes.
The ones that can still half way learn, and go to college are so poorly taught that they come out as some wild eyed fanatic about a THEORY.
Sigh.

Let me take a calm Zen moment here. Something I have to hold on tight to.

Okay, there is a greater power than I. there is some thing greater than myself.

I must remember that I did have one heck of a spiritual moment in my Oct. Fall garden in 2016, DollyWood was burning to the ground south of us because of a drought, but we had small rain showers everyday. It made it drier for the trees and water in the branches, but it made the best pumpkin crop ever. Under all of my pumpkins were black widow spiders, and I kept thinking for some reason the CDC is that way; due south. Not long after out came the CDC SPIDERS. The greater power was rejoicing over something that day, it had to be that. If God is with us then who can be against us.

"I just wanted to let the CDC know that I’m thinking of them this Halloween. It must be tough to go to work every day dressed up as a scientist, while knowing deep down that you’re just a total douchebag covered in a lab coat.

And this Halloween, it must be extra creepy at the CDC, being that there is an anonymous revolt happening on the inside. Who can you trust? Where can you turn when you really need to cover up some fudging of data or accidental pathogenic release? Yes, it must be stressful for them, having a CDC SPIDER infestation: CDC Scientists Preserving Integrity, Diligence and Ethics in Research.

I have to say, I love the word-making acronym; I’m not usually a fan of such kitschy use of first letters, but this one paints a ghastly picture of the reality of what goes on inside our nation’s foremost authority on all things health-related.

What’s apparently happened is that a group of more than a dozen CDC scientists have banded together anonymously and written a letter to Carmen S. Villar, Chief of Staff, denouncing the rampant corruption and corporate influence that define the CDC. "

Now is the time to move if SPIDERS has anything at all to whistle blow on. But Fauci might have kept it close to the vest? What about some one at Chapel Hill? Anyone what to rat on Ralph Baric?

These minimal brain injuries are just too heart hurting and is gong to make life so hard for every one.

Isn't AWARENESS a great response to ever increasing chronic health problems of generation after generation … better diagnosis and broader spectrum is causing the poorest health in children .. all over the world .. but … no problem .. we are AWARE of how bad things are and even more AWARE of things to come.

How can these people sleep at night??????