Dr. James Lyons-Weilder COVID19 Tests - How Accurate Are They? 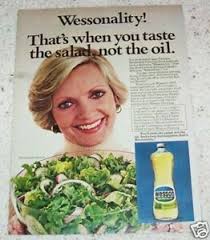 As of yesterday, my Connecticut town is considered in the Red Zone for "Positivity." That word always reminds me of Carol Brady, aka Florence Henderson, singing Wessonality! to sell cooking oil decades ago.  I understand Negativity, I'm surrounded by it 24/7/365 outside of  my home and online.  Postivity has come into vogue during Covid.  It reminds me of "let's dialog on that," euphemistically over important. Our school district went to all virtual learning through Thanksgiving, and most parents think we won't re-open until 2021, and then only for a few weeks before the Inaugurshutdown. (I made that one up myself.)   Below, Dr. James Lyons Weiler discusses the science of Covid testing.  Pleae share.

Well spotted Emmaphiladelphia it would,right up there with the deplorables...

Go Trump. You came to the same conclusion as me as far as news is concerned, i.e. the only two items that are worth watching, reading or listening to are weather and sports. As I no longer watch, read or listen to any mainstream media (since March), I am pleased that I can get this info on line.

Love the Queen's English!
This would make for an eye-catching American T-shirt.
Right up there with "the Deplorables"
LOL!

Trivia-
Did you know that Trump stole "Fake News" from the MSM?
The MSM had originally tried to use it to target PIZZAGATE RESEARCHERS.
Trump saw a golden opportunity to appropriate the phrase and to turn it back on them.
Smart man.

The American news media does whatever it is told each and every day. Every story is placed to produce revenue in one form or another.

Now replace every comma in the above with “drug ad”

They are fairly good on the weather and have the sports scores correct almost all of the time.

Safety first" that would be a first and not a problem banana stamping as Pollard is the chair of the The Joint Committee on Vaccination and Immunisation(JCVI).Oh hes not going to be at any of the meetings but he develops it for Oxford-but of course no conflict-of course!

New jab's a shot in the arm
IT IS great news that British boffins have now produced a Covid jab in record time.

As we reveal today, Professor Andrew Pollard says the Oxford Vaccine Group’s brilliant team is on course to roll out its injections by the end of the year.

It could even beat the American pharma giant Pfizer, depending on who gets the green light over safety first.

But the Oxford and AstraZeneca jab is more than British scientific genius at its best.

Because of Government investment it will be massively cheaper than its rival – costing around £2 an injection.
And it can be kept in a normal fridge rather than at -71 degrees C, so it is much easier to transport and store.

Most importantly the Government has already ordered 100million doses – compared to 40million from Pfizer.

Experts are right to warn that these vaccines are not yet a proven cure.

But after months of misery they will lift hopes that this virus can be beaten sooner rather than later.

The Government must now ensure the public is not put off the jabs by deranged anti-vaccine campaigners.

Labour has been quick to demand a crackdown on such maniacs spreading conspiracy theories on social media.

The party should know what it’s on about.

One of the craziest anti-vaxxers is Piers Corbyn — brother of the last Labour leader.

What if anything does our system say about interfering with elections.

Did Gates, and Fauci and others like China release a virus to lock us all down and then have mail in ballots.

Get out the vote, a measure of enthusiasm or not is also part of interfering with the election.
But stick a ballot under a person's nose, and they don't have to bother to use their legs to go vote--- hmm.

Having just watched JLW's video, I have these thoughts: The nightly TV news has been showing the lines for testing at Dodger Stadium https://www.latimes.com/california/story/2020-11-12/photos-california-hits-1-million-coronavirus-cases

If I understand what I have just gratefully learned: 1) 5% of those prevalent/present in the line will have SARS-CoV-2. 2) 11% or some greater number in that line are false negatives. 3) The rest are True Negatives.

Is My Understanding Correct?

He who controls the tests, calls the shots. (pun intended)
I said that in December 2019.

Heard on Tucker Carlsen show last night that ELON MUSK was tested for Covid 4 times .. 2 results came back positive .. two results came back negative … causing Musk to question just how reliable these tests are. I think it is a little late to begin questioning the reliability of Covid testing .. after all .. we have been inundated with BREATHTAKING MAIN STREAM MEDIA DAILY REPORTS OF "NEW CASES" OF COVID … FOR PAST 6-8 MONTHS … AND THESE "NEW CASE" REPORTS HAVE DRIVEN THE RESTRICTIVE POLICIES OUR GOVERNORS AND PUBLIC HEALTH AGENCIES HAVE IMPOSED ON US .. POLICIES THAT DENY OUR BASIC CONSTITUTIONAL RIGHTS TO FREE SPEECH, FREEDOM OF ASSEMBLY .. FREEDOM OF RELIGION …

In my humble opinion …ongoing 'COUNTING" of election ballots and ongoing 'COUNTING OF COVID cases .. have raised serious concerns that seriously undermined the faith and trust I have in our ELECTION PROCESS AND COVID PROTOCOLS … if HALF OF COVID TESTS ARE FALSE POSITIVES … and … HALF OF OUR ELECTION BALLOTS ARE FOUND TO BE INVALID … WE MUST MAKE CERTAIN IT NEVER AGAIN HAPPENS.