As if Vaccine Safety Was Ever a Priority 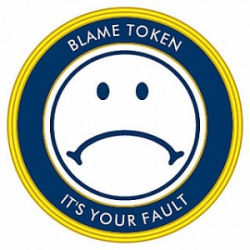 Tracking outcomes in COVID-19 vaccine recipients to ensure the product is not causing harms after coming to market is an enormous undertaking, one that could be challenged further considering changes last year to the National Vaccine Program Office.

Tracking outcomes in COVID-19 vaccine recipients to ensure the product is not causing harms after coming to market is an enormous undertaking, one that could be challenged further considering changes last year to the National Vaccine Program Office. After its purported closure, experts complain the task now falls to a patchwork of federal agencies—including FDA and CDC—with no central leadership behind the effort. A spokesperson with HHS, however, denies that the vaccine office was shuttered. "The office was not 'closed,' but was merged with the Office of Infectious Disease and HIV/AIDS Policy and was strengthened," the spokesperson noted in a statement. "All the functions continue in this new organizational structure." Technicalities aside, critics remain concerned about a lack of coordinated direction that would normally have come from the vaccine office, as well as the absence of a plan to communicate findings to the public. FDA responds that it will post updates via its website, while CDC will hold public meetings. The agencies will retrieve data from various monitoring systems, including smartphone apps, a database of electronic health records and insurance claims, and CMS data on people aged 65 years and older.

More vaccines, more office visits.
Quite dramatic -- we are giving too many vaccines to our kids.

"Is This Torture?" by Amazing Polly

My answer? A resounding YES.

Please watch (first 36 min. will suffice), then share if you feel this message is important and needs to reach more people.

Thank you Kim, from all the fortunate Kitchen Conference Clan .
Your persistant,ongoing, hard work is much appreciated.

The science behind vaccines is weak. Period. I just saw an informal survey someone referred to where 90 said they wouldn’t take Covid vacc, 10 said yes and 20 said maybe. They stopped the survey. Have they not heard of word of mouth? Do not not realize how many people literally know someone close to them to has differed a vaccine injury? These people are stupid.

Wow. So much to unpack on this topic. It just so happens that I researched this very thing several months ago while researching the 1986 National Childhood Vaccine Injury Act. This is where you must go for all Federal vaccine law.

Dr. Walter Orenstein, the one who set up the first vaccine stockpile and called for the infamous Simpsonwood meeting, is connected to this.

The National Vaccine Program and National Vaccine Advisory Committee (NVAC) were established in 1986 to comply with Section 2105 of the Public Health Service Act - PDF. "
https://www.hhs.gov/vaccines/about/index.html

“TITLE XXI
—VACCINES
“Subtitle 1
—National Vaccine Program
“ESTABLISHMENT
“SEC. 2101. The Secretary shall establish in the Department of Health and Human Services a National Vaccine Program to achieve optimal prevention of human infectious diseases through immunization and to achieve optimal prevention against adverse reactions to vaccines. The Program shall be administered by a Director selected by the Secretary."
https://www.nap.edu/read/12796/chapter/12#245

And who was the very first National Vaccine (Immunization) Program Director after reorganization? None other than Dr. Walter Orenstein:

In April 2006, the National Immunization Program became the National Center for Immunization and Respiratory Diseases (NCIRD). At the time, NCIRD was led by Anne Schuchat, MD, who earlier had been the director of the NIP since December, 2005. The changes reorganized the NIP into five divisions and expand its activities. High visibility NIP activities have been retained, including its support for the Advisory Committee on Immunization Practices (ACIP) and Vaccines for Children Program.

According to the article:

"After its purported closure, experts complain the task now falls to a patchwork of federal agencies—including FDA and CDC—with no central leadership behind the effort. A spokesperson with HHS, however, denies that the vaccine office was shuttered. "The office was not 'closed,' but was merged with the Office of Infectious Disease and HIV/AIDS Policy and was strengthened," the spokesperson noted in a statement. "All the functions continue in this new organizational structure." "
https://www.pharmacist.com/article/trump-administration-shut-vaccine-safety-office-last-year-whats-plan-now

I am highly suspect of the complainers. We know they have NEVER cared about vaccine safety. Now, what was Trump up to with the reorganization? That is the question.

"experts complain the task now falls to a patchwork of federal agencies—including FDA and CDC—with no central leadership behind the effort."
HA! Gotta love the word "now" here. It's laughable, if it weren't so darned sad.
I suppose the one and only good thing that might come out of a Covid vaccine is that hundreds of thousands of people are going to be in for the rude awakening that there is no safety net for victims of vaccine injury, there never has been one, and doctors have no idea how to treat vaccine injury, nor do most of them even acknowledge it exists. Suddenly, our kids are going to have an awful lot more company.

Hi all,
I think this guy is one of my new heroes. He is a pro vaxxer who took the Moderna trial vaccine, and is now speaking up about side effects and risk factors.

"The population to be initially vaccinated will be front-line workers, and those most at risk of severe COVID symptoms or death (those with diabetes, heart conditions, the elderly, etc.). I am very concerned about severe adverse reactions in the latter group."

"It's up to vaccine companies as far as what they define to be a Grade 3 vs. Grade 4 adverse reaction. The grades are defined by the FDA; however, the questionnaires asked of participants have to be properly written, and staff trained, to align responses with FDA intent."

"(3) As a data scientist, I can tell you that in the case of the Moderna vaccine, the followup questions that are asked of participants by a tracking app, for at least 8 days after each shot, are extremely badly written. Consequently, their data is bad (mostly incomplete)."

He also talks about effectiveness
The primary caveats are not being clearly explained by #Pfizer / #Moderna or the media. These vaccines were ~95% effective *for a small sample*, and, more importantly, only *at 2-4 months post-vaccination* And then there is this comment from another user
"All they want to show is it's 95%, nothing else. Just like last Monday, just show the 90%, but didn't tell the whole story that it was 90% at 7 days after the second dose. Big Pharma and their money buying power!"

If there is a chance that vaccines are going to be mandated or required ( please God, no) then I want to know who is most likely to be injured by which vaccine. At least one family member might get one if mandated. Others just won't.

"Rather, he is one of the unacknowledged, uncounted, uncompensated, ignored, discounted, and publicly-denied victims who make up the ever-increasing epidemic of vaccine-injured persons.”

Imagine if the same "due diligence" to accurately identify and daily count Covid victims .. 24 hours a day … 7 days a week .. a deliberate exercise in public "scare-mongering" .. by public health agencies, politicians and especially main stream media coverage … were applied to the ever increasing numbers of VACCINE INJURED VICTIMS???

Over 4 BILLION awarded for vaccine injuries and NOT A WORD EXPLAINING WHAT THOSE INJURIES WERE .. WHAT VACCINES CAUSED THEM … HOW THE VACCINE CAUSED THEM .. WHY SOME CHILDREN ARE AT SIGNIFICANTLY HIGHER RISK OF VACCINE INJURIES THAN OTHERS.

Our damaged children deserve better than being "UNACKNOWLEDGED, UNCOUNTED, UNCOMPENSATED, IGNORED, DISCOUNTED AND PUBLICLY DENIED VICTIMS … WHICH HAS BEEN GOING ON FOR DECADES NOW.

Vaccine safety has never been a priority. One poignant and heartbreaking book which documents this fact is Marge Grant’s account of what happened to her son in the 1950s, titled “A Stolen Life”. A stolen life indeed, which, like so many of our children’s lives, has done nothing to penetrate the consciences of or stop the vaccine profiteers from perpetuating and increasing the Vaccine Holocaust to satisfy their unending greed and lust for power.

The two paragraphs below are from the end of my 2016 WAPF presentation, titled “Vaccines: What Is There to Be ‘Pro’ About?”, featured here on AoA:

Especially note the second paragraph. The Vaccine Holocaust continues in earnest, with no signs of abatement.

“At 6’4” tall and 180 lbs., Ryan is a boy in a man’s body, with a functioning level of a 4 or 5 year old. He is fully dependent on others and must be supervised and cared for around the clock, without pause. He did not complete high school or go to college. He does not have a driver’s license, and never will. He is not capable of living independently, or earning a living, or even holding down a menial, part-time job. He will not get married or have children. As a matter of fact, he will never even go out on a first date. He was robbed of ever living a typical and independent life because he was poisoned and disabled by vaccines beginning in 1994 and continuing through 1996.

To date, there has been no admittance by his pediatrician or government officials about what was done to him. No government agent has followed up on his vaccine injuries so the same thing won’t happen to other children. Rather, he is one of the unacknowledged, uncounted, uncompensated, ignored, discounted, and publicly-denied victims who make up the ever-increasing epidemic of vaccine-injured persons.”