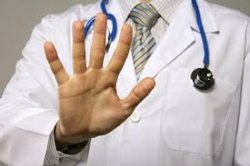 “We’re asking about why is Betty… she seems to be breathing really hard and rapid. They said ‘well it’s probably because she has a fever of 102.9,'” Wattenbarger explained.

Her father said no x-rays were taken and no other medical tests were done. He explained Betty was given some Motrin for her fever, and they were sent home.

The misdiagnosis ended up costing her, her life’: A Texas family’s warning for all parents

A 7 year old child name Betty died in 2019 in Texas, after an urgent care sent her home with Motrin.  She died from sepsis and pneumonia and she had the flu. We extend our condolences to her family, who surely misses Betty every single day.

Were Betty a typical child, would the doctors have sent the family to an ER immediately rather than home? The child was unable to describe her symptoms because of her autism.  The article is written as a flu season admonition to get a flu shot. But we see something different in Betty's death, not the lack of a flu vaccine, but a lack of doctor training and proper care for those with special needs.

This article comes as no surprise to most Age of Autism readers who have a loved one on the spectrum. Doctors have few tools to diagnose symptoms for those who can not communicate traditionally or reliably.  Many doctors also do not have the patience to sleuth or tease out what's really going on when our children are sick.  And they are quick to dismiss patients with behaviors.   Here are examples from my household.

1) None of my daughters ever had an in office pediatric vision or hearing test because they weren't compliant, or could not speak.  No pediatrician seemed to notice or bother.  None looked at their charts and said, "Gee, I see we haven't been able to check her vision or hearing, do you have any concerns, Mom?"

2) We switched from a pediatric dentist to an adult practice that specifically accepts patients with special needs. One daughter had a cleaning that was so cursory that we were out of the office before the engine in my car cooled down.  The dentist merely used the polisher. No hygienist did a counting or scaling or flossing.

3) One of my daughters had her menstrual cycle stop for several months, and experiences a large weight swing each year.  After years of head to toe testing by the pediatrician, we saw an adult endocrinologist.   She had no concerns about the sudden loss of the menstrual cycle.  She didn't even ask the question she'd have asked any other female patient, "could she be pregnant?" She told me point blank she was unlikely to find a reason for the weight fluctuation.  She ordered a battery of tests - all of which came back "normal."  She wrote us a follow up letter saying to come back only if there were problems. Which.... is why I took her in the first place. No answers. No scientific curiosity.

Doctors are quick to dismiss the health issues of people with autism. And it might have cost this young girl her life.  We deserve better.  Miss Betty and her family deserved better.

This was the story of our son's young life. He suffered debilitating gut pain,

and whenever we presented to Children's ER, they ran NO TESTS, but sent us home saying " Well...He 'HAS' Autism." When he was about four and still non verbal, he slid off the couch and barely bumped his leg on the coffee table. He refused to bear weight for months. We did find help with a Dallas pediatric orthopedist who felt there may be a hairline fracture, so he cast him for several weeks.

Even when the cast came off, our son refused to bear weight on the leg. In desperation we went to Scottish Rite only to hear the "Well... he "HAS' Autism." Blow off.

Eventually, our son did bear weight again, but help would have been appreciated.

We kept trying to understand how having autism meant a child should be left to suffer and not receive due diligence in health care.

One night due to the horrendous gut pain and screaming that had gone on for hours, we called the Children's help line. The doctor could most certainly hear the horrendous screams in the background. His solution rather than tell us to bring him in for tests was to shout at me saying, "Just let him scream! He will eventually exhaust himself and pass out."

What if it had been his appendix? What if , as we later found out it was inflammatory bowel disease with mega colon - his colon had ruptured???

The only other offerings from mainstream medicine were to abandon him in a state institution or psychotropic dope him into oblivion. How is this healthcare???

And people wonder why parents seek help outside the mainstream.

what they call "fringe" saved the quality of our child's life, health, and functioning when the pompous, callous mainstream did note give a damn. All they ever seem to care about is "Is he up to date on his vaccines?' it is always just another stab to the heart to be asked that SINCE ALL HIS MEDICAL, METABOLIC, IMMUNOLGICAL,ADN NEUROLGICAL PROBLEMS since all his medical, metabolic, immunologic, and neurologic problems began immediately following a round of vaccines.

Oh, and so sorry about your girls' health problems. We too have had our problems. Weight gain and instead of stopping-- it was not stopping for a very, very long time.

Some times Kim, I think that is my problem with getting help from neurologist and with epilepsy. They want the patient's history and I darn well give it to them.

Honest nun Benedetta here and yeah I have a vendetta.