The Pope's Traditional View of Autism as a Disability Gift 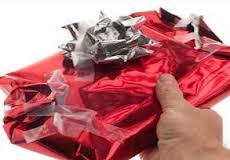 Note: Many of us here at Age of Autism are Roman Catholic. Anne's post below does not surprise me in the least. An elderly man who never married, never had children expresses sentiments that make our children out to be special gifts bestowed upon us to provide beauty to the world. Holland? Meet Shmolland. Of course our children are beautiful and precious to to us. That's rather the default position of parenthood. Yet, to the world in action? It seems our children do not really matter at all.  Families struggling before COVID are spiraling into some of the darkest times ever as schools and programs have disappeared. The Holy Father means well - surely. His message spreads kindness and some awareness. But it's just words. We need more.

On July 8, 2013 I wrote the piece, The Pretty and the Ugly Sides of Autism, which graphically showed us how severely children could be affected by this disorder.  I included half a dozen videos that would challenge anyone who believes that autism is just another way of seeing the world. This was the reality of autism that is never presented in April when we have a month to celebrate autism by lighting up the world in blue.

For decades the medical community has taken credit for all the autism everywhere among our children, saying it’s the result of “better diagnosing” and “an expanded definition.”  The media has dutifully called for autism funding and services, and they’ve never batted an eye over the gigantic increases in the rate year after year.

Autism happens. It’s unfortunate if it’s your child. You just need to accept it. This is what we’ve all been taught.

On September 21st this was also the message from the Pope. Speaking to an audience of families with autistic children, Pope Francis focused on the pretty side of autism, calling autistic children God’s flowers.

The minute and a half long video  showed the Pope addressing affected children and their parents. One barefoot girl wandered around in front of the Pope and another child sat staring at the ceiling. It looked like there were lots more adults in the room listening attentively and only a handful of kids on the spectrum sitting by parents. The event was to recognize an autism center in Austria.

I’m sure the media was happy to cover the Papal audience, eager to have the leader of the Catholic Church join them in making autism a normal and acceptable part of childhood.

An AP story said that the Pope thinks autistic kids are beautiful, unique flowers to God, and they quoted him saying, ‘God created the world with a great variety of flowers of all different colors. Each flower has its unique beauty. And each one of us is beautiful in the eyes of God, who loves us.’

The Washington Post and other outlets gave the event the same glowing coverage.

Of course the real elephant in that dignified, formal chamber was the fact that autism is the real, unsustainable global pandemic that no official will recognize.

Pope Francis hosted autistic children who were at least able to make it through his brief remarks. He advised his audience to just learn to live with autism; it’s how God made these children.

Imagine if the Pope were to make his remarks in a room with autistic children like the ones in on display in the videos I wrote about in 2007?

The teenager in diapers wearing a helmet because he beats himself on the head constantly is never going to be acknowledged by someone like the Pope. The official voices in the world, both lay and religious, have to cover up the destruction of now multiple generations of children. That’s what April is all about.

That’s why we never see the destructive, non-verbal, severely disabled children and young adults on the spectrum who, along with their families, live lives of horrible suffering and quiet desperation.  This is the biggest medical tragedy and cover-up in history and even the Pope promotes it.

Calling autism a "gift" infuriates me.

We poison these kids with environmental toxins, medical "treatments", and EMFs, then when they are severely damaged we tell them they are God's flowers.

My son just turned 11 and all of his friends have signs of injury: toe-walking, affective issues, balance/strength problems. And they are the lucky ones; I've seen many far worse.

Bob;
That is the way I see it too. Exactly!

I was raised Catholic and have observed the Church's treatment of children my entire lifetime. They do not deserve to have an opinion published on any issue regarding the health and welfare of minors or those that are disabled.

"An AP story said that the Pope thinks autistic kids are beautiful, unique flowers to God, and they quoted him saying, ‘God created the world with a great variety of flowers of all different colors. Each flower has its unique beauty. And each one of us is beautiful in the eyes of God, who loves us."

The obvious problem with the Pope's ill-informed, misguided comment is the fact … GOD DID NOT CREATE CHILDREN WITH AUTISM … GOD CREATED CHILDREN IN HIS DIVINE IMAGE .. AND THOUSANDS OF THOSE CHILDREN BECAME AUTISTIC THROUGH MAN'S INTERVENTION ..AFTER ALL … IN MY HUMBLE OPINION GOD DID NOT CREATE VACCINES … MAN DID .. AND THE POPE SHOULD UNDERSTAND IT IS SIMPLY WRONG TO BLAME GOD FOR CREATING THE AUTISM EPIDEMIC ….

It is one thing for the POPE to preach love, acceptance and understanding of those afflicted with autism … it is quite another to do so by BLAMING GOD FOR MAN'S INHUMANITY TO HIS FELLOW MAN.