Home Donate Contact Us Special Reports Science Subscribe by Email Subscribe to RSS Our Mission
A Final Post: Autism and the Long, Long, Bumpy Ride
Dr. Meryl Nass: The testing mess, lack of reliable data on Covid-19, and a hypothesis why 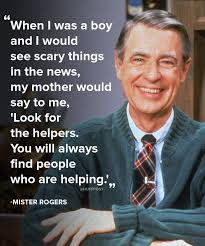 Update: Another nightmare story was published just today about a case in Baltimore, Maryland last year: Bodycam footage shows Baltimore school cop handcuffing autistic student, 11, for 23 minutes and leaving him with a broken wrist bone after he got into a fight with another child for bullying him

Mr. Rogers told children to "find the helpers," when they needed assistance. Below, Anne Dachel wrote up a horrendous story from North Carolina, where the "helper" in this case a police officer, brutally forced a 7 year old boy with autism into submission.  Where were the teachers? The school behaviorist? The school psychologist? The paras who know the child?  Nowhere to be found it seems, in this the Age of Autism.  Our children's needs have grown exponentially while services, supports, training have withered and died on the vine. Everywhere.  The child is SEVEN years old and already in an "alternative" school. These programs are for students who used to be called "Emotionally Disturbed." He's SEVEN. About the Pressly School and its "convenient" location. La de dah.

Pressly serves students who have committed board policy violations. We also serve students that:

Pressly offers a variety of programs to meet the individual needs of each student.

“Don’t make a wrong move, period. … If you my friend are not acquainted with the juvenile justice system, you will be very shortly. …”

Police officer to the mother: “I’m the arresting officer. He’s spitting a lot. …He kicked me, he’s been scratching, he’s beating his head against the floor, that’s why the pillow’s there. He’s combative.

“He is going to be charged with one count of assault, maybe two….”

A North Carolina mom is suing after her autistic 7-year-old boy was handcuffed by a school resource officer and taunted for nearly 40 minutes for allegedly spitting, according to court papers and body camera video.

The incident unfolded on Sept. 11, 2018 at Pressly Alternative school in Statesville after the boy — identified in court papers as L.G. — was taken by his teacher and two aides to a “quiet room” to calm down.

The officer, Michael Fattaleh, “purported to have seen L.G. spit on the floor, as [he] walked past the ‘quiet room'” then telling the three staffers, “he’s mine now,” alleges a lawsuit filed Friday in North Carolina federal court by the boy’s mother.

The 38-year-old then forced the child onto the floor, cuffed and taunted him for the next 38 minutes, according to the suit and a body camera footage obtained by a local reporter through a court order, the Charlotte Observer reported.

“How in the world would anyone think it was appropriate to handcuff, pin down and taunt a 7-year-old boy with autism? It is incomprehensible,” the mom’s lawyer Alex Heroy told The Post. “His mother thought she was doing the right thing by sending him to a school where he could get extra help and attention, all for the system to fail in the worst way possible.”

Fattaleh — who knew the boy had special needs — allegedly asked the child, “ever been charged before?” and told him “If you, my friend, are not acquainted with the juvenile justice system, you will be shortly,” the court documents say.

The officer also said at one point as he was kneeling on the boy’s back, “have you ever heard the term babysitter? I take that term literally, my friend,” the court papers allege.

During the encounter, the 4-foot-6, 80-pound child cried for Fattaleh to let him go, saying, “Ow! My knee! My knee! It really hurts!” the suit claims.

Finally, the boy was released by a different officer when his mom, identified in court papers as A.G., arrived at the school. Fattaleh told the mother her son would be charged “with one count of assault, maybe two,” the court documents claim.

The boy — who went to the hospital with scratches and bruises — was never suspended or disciplined by the school. He returned the next day but was sent home early after becoming “extremely anxious and agitated,” the complaint says.

The mother is now homeschooling the boy, the court papers say.

The suit names Fattaleh, Statesville and the Iredell-Statesville Board of Education as defendants for negligence and other claims arguing that a special education teacher, teaching assistant and other employees “stood idly by and failed and refused to intervene, despite training and knowledge of the immense harm being done to L.G.”

The mom is suing for unspecified damages.

Fattaleh was placed on leave before eventually resigning. He did not immediately return a message left with his ex-wife.

The city and the Board of Education did not immediately return requests for comment.

The language the cop uses, heavy with sarcasm, would barely be comprehensible to any child of that age, let alone an autistic child. Is there no age of criminal responsibility in that state? I'm pretty sure most civilized countries wouldn't be able to charge anyone under ten with a crime. If the cop is just "pretending" in order to intimidate, that too would be lost on an autistic person. I really think, as usual, this episode has been caused by NO-ONE who has been charged with the care of autistic children having been required to sit down and read a book on autism!

Similar happened to a friend just recently abuse by a female teacher on the lad..shut up money provided by the Council to the parents via carers allowance..

I hold HHS and MSM responsible for vaccine injury coverup propaganda.
These children are sick. These children are injured. These children are in chronic pain. Many have no speech to verbally communicate. Even if they did, they have only brainwashed doctors to NOT help them. All the child has left is spitting, head banging and rage/meltdowns when he can no longer tolerate his living hell. The brainwashed police officer operates under the assumption the child can control his actions and applies standard ADULT intervention for this "dangerous" child.

HEARTBREAKING!
From personal experience, if the mom is properly informed, a home school environment is best for this child. This is how I was able to rescue mine. But it was 24/7 for years. Helping them EARLY is key.

That's what I thought, too, Tim. Who on earth just sits there quietly and allows this to happen to a 7 yr old??
So glad this courageous mother is suing.

I blame the "school" (prison?) more than the cop. What on earth were they doing, calling him in the first place, and then standing back and letting him brutalise a terrified 7-year old for half an hour. Any normal kid woul be absolutely terrified too.

There seems to be a "teacher" in the room, just sitting and watching this? Words fail me.

"(officer) Fattaleh was placed on leave before eventually resigning. He did not immediately return a message left with his ex-wife."

Resigning??? This school should be held accountable for hiring this imbecile in the first place .. hopefully mom and her child will prevail in the courts where just compensation .. if there is anything to compensate what this child endured .. indeed this horrific experience may actually induce life-long PTSD in the child's already complicated life.