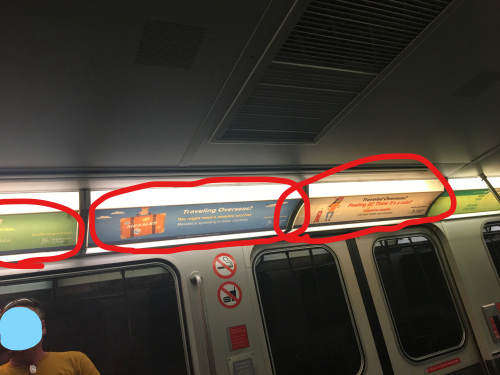 Pre-Covid when we could fly, The train to JFK Airport Had travel restriction posters about MEASLES. Goodbye "Friendly Skies."

With COVID-19 being talked about as much as it has been these last 7 months, other illnesses got the boot from the news cycle.  You couldn’t avoid reading or hearing about the measles from early 2015 through late 2019.  Now, we hear nothing of them.  Oddly enough, the flu is getting a little less airtime, too.  Curious as to why these fell of the media radar, I went to the CDC’s website to see if I’d missed any major news about these two former headline grabbers.

Instead of solid data like I usually see about the flu, I saw that statistics for the 2019-2020 flu season were not as complete as previous years have been.  Actual numbers were replaced with estimates.

An illness that steals headlines every year from October to April, it's almost as if flu news doesn't matter as much anymore.  When in the history of ever has that ever happened? 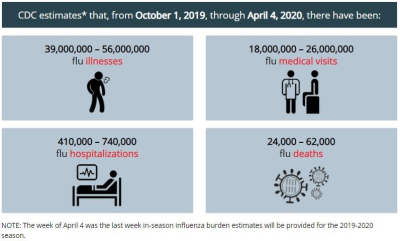 So, I kept reading.

In another document, I was able to find more updated information:

I was relieved to see that the deaths associated with the flu were far less than another previous season, the 2017-2018 season.  If you recall, we were told by the media that over 80,000 people had died of the flu!  I’m not sure yet what helped reduce the death toll, but I’ll keep an eye on the data that is being reported.

Now, for the illness that didn’t make its way into recent major US news cycles like it used to – the measles.  The last time I remember seeing a national news story about them was in January 2020.

Back then, it had been reported that a college student in Boston had gotten sick with the measles.  Prior to that story, reports 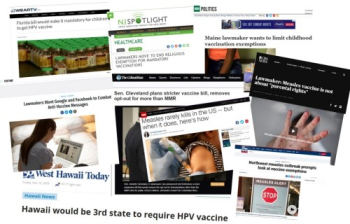 of outbreaks peppered the news more frequently and usually during state legislative seasons.  It wouldn’t come out right away, but we’d learn later that these outbreaks would often include vaccinated students or individuals.  Keeping that important fact out of the publics’ eyes was a strategy that helped fuel fear.  It also helped lawmakers pass vaccine mandates that parents’ vehemently opposed.

Well, according to the CDC’s latest data, measles cases in the United States have dramatically dropped:   As of August 19, 2020, there have been 12 confirmed cases in 7 jurisdictions.

Looking at how many were reported just the year before, that’s the best news ever! Photo Source:  CDC.

While I don't miss the constant barrage of flu and measles stories, it's been nice not seeing the media flipping out over typically recoverable illnesses.  I know it's a tradeoff though.  Instead of flu news and measles outbreak news, broadcasters are only focused on coronavirus.  While coronavirus has been a global issue, so is the flu.  And is the measles.  I guess the difference is that vaccines already exist for those two.

COVID herd immunity is back on the UK agenda after being dropped as the vaccine just had to provide 50% efficay previously the health minister stating herd immunity is not possible but never fear pharma ill health is here to hurry you to your grave.This is how a scientific clinical trial is not done these days but assumes all the credibility of one from the old days and even the old ones they werent done with placebos..The JCVI having the final say on who is lucky enough to get a vaccine first ,and just to expose the non declared conflicts of interest the chair of the JCVI is Pollard who is brewing the vaccine in Oxford Uni -cant make it up! but THEY do!!more lies below...

Scots could get virus vaccine by Christmas says national clinical chief Jason Leitch
Leitch said he expects doses to be available by the festive period as he hailed "encouraging vaccine news".

Scots could be vaccinated against Covid-19 by Christmas, according to the national clinical director of Scotland.

Jason Leitch told the BBC's Drivetime With John Beattie that the Scottish Government expects to have some doses of a coronavirus vaccine before Christmas.

He said that while officials do not expect a vaccine "in days" they are receiving encouraging vaccine news.

Beattie said: "London hospitals have been told to be on standby for this Oxford Astra vaccine by Monday 2 November."Have you been alerted to this? Are Scottish hospitals in the same positions on Monday?"

Leitch responded: "No, and we're not expecting a vaccine within days. We do have encouraging vaccine news.

"Remember, no vaccine has passed all of the trials for human use at a big scale yet.

"We've got lots of vaccine trials going on, we've even got some people being vaccinated and then infected with coronavirus to see what happens, around the UK and around the world.

"We are expecting, with a fair wind, some doses of vaccines this side of Christmas, but not at a population level, not at an immunity level for the whole population, but we're very hopeful."

He was asked who the Government would expect to vaccinate first.

Leitch said: "That will be a long and deep discussion around risk and number, of course.

"We have a four UK country clinical advisory group that people may have to get familiar with."They already know what Sage is - well this one's called the JCVI, the Joint Committee on Vaccination and Immunisation, and it in normal times tells us who to give the measles vaccine to, who to give the flu vaccine to, which flu vaccine to use each year, because remember, it changes every year, and it will make a lot of very serious decisions and discussions around who should get the vaccine first, and it will depend on what scale you get it.

"You could kind of write that list yourself just now.

"So who is most at risk and who it's safe to give it to."

He added that officials would first have to make sure the vaccine was safe for the most vulnerable members of the country, saying: "So we don't know if it will be safe to give to people with pre-existing conditions or people with other problems or every age group, so we have to be very cautious and we'll have to do that research before we give it to anybody.

“While coronavirus has been a global issue, so is the flu. And is the measles. I guess the difference is that vaccines already exist for those two.”

The difference however is that the flu and measles are just diseases, while coronavirus is a handy politicized weapon in this election cycle.

Excellent article—I needed the reminder of how media are eager to use health issues to scare us.

John that is a chilling observation you make regarding the elderly. It wouldn’t surprise me one bit. Older people tend to see through much of this bs agenda being shoved down our throats the last few years, all with the approval and help of the media.

"While I don't miss the constant barrage of flu and measles stories, it's been nice not seeing the media flipping out over typically recoverable illnesses.

According to the 'latest' info from the CDC, COVID survival rates by age group are:

Strikes me that world has been willfully traumatizing children, wrecking economies, and instituting draconian (...and useless) mask measures, BECAUSE the media has been flipping out over a recoverable illnesses.

The media doesn't appear to have changed tactics at all. They've just been assigned a new boogie man to chase.

Sadly I think the trust in public health officials and thus a C19 vaccine will swing back around if Trump is not reelected. Also on measles, wouldn't the MSM and public health explanation be that social distancing and mask wearing led to a decline in measles transmission, thus we should continue those practices indefinitely?

According to this Olympian discussion about the future of democracy you spend seven times more time on what they term “conspiracy websites” if you are over 65.

Or perhaps the message is that senescence aside the older you are the more memory you have (and the more context). Also, it is evident even from Sunday Times today that the elderly were actually targeted to die so they do well to keep up their paranoia.

Great article as always! I tell my college age nieces and nephews that covid 19 is being blown out of proportion. Sadly, they think I am a middle age conspiracy theorist. So sad. I feel sad for the younger generation that will be controlled and manipulated by these evil powers. Long live freedom and truth!

"While I don't miss the constant barrage of flu and measles stories, it's been nice not seeing the media flipping out over typically recoverable illnesses. I know it's a tradeoff though. Instead of flu news and measles outbreak news, broadcasters are only focused on coronavirus. While coronavirus has been a global issue, so is the flu. And is the measles. I guess the difference is that vaccines already exist for those two."

Once again a constant reminder .. THE GREATEST POWER OF THE PRESS … IS THEIR POWER TO IGNORE.

Everyday that simple observation is repeated … over and over again … as what is now reported as "news" is actually only the "news" the press wants you to know …. otherwise … all "news' not in line with press preferred narrative … on ALL TOPICS .. POLITICS, PUBLIC HEALTH, SPORTS, ENTERTAINMENT, SCIENCE .. ON AND ON … ALL CAREFULLY VETTED FOR PUBLICATION IF NOT SUPPORTING PREFERRED NARATIVE ON ANY SUBJECT.

Measles and annual flu scaremongering no longer useful to the COVID-19 narrative .. so … measles and flu are no longer breathlessly reported.

(off today's topic … Gov Cuomo of NY is exercising his own "philosophical" exemption to arriving COVID 19 vaccine … publicly declaring he does not TRUST federal public health officials who are responsible for approving and recommending the vaccine .. the EXACT SAME PHILOSOPHICAL EXEMPTION HE PROUDLY DENIES PARENTS WHO HAVE AMPLE REASONS NOT TO TRUST THOSE VERY SAME PUBLIC HEALTH OFFICIALS. It sure is good to be Governor and not have to live and submit to the rules you have established for anyone unfortunate enough to live in your State)