A Call for Kindness 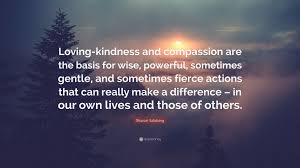 Yesterday, the President of the United States was admitted to Walter Reed Hospital suffering from COVID infection.

I always listen to all news sources.  I was raised as a Massachusetts Independent.  I have voted for Democrats and Republicans alike. In all offices.   I  have Sirius/XM and I can switch from CNN to MSNBC to Fox news in the tap of a finger right on my phone. I'm busy all day - like a bee in a hive. I do not have the luxury of sitting down and watching TV during the day. So I listen.

Most of the reports were factual as we learned that Marine One (made by Sikorsky, just miles from my CT home) was waiting on the White House Lawn to bring the President to Walter Reed Medical Center. Some reports descended into an area I'd call snark. And I know snark.  I've seen oodles of friends on social media giddy with schadenfreude. That's OK. To a point. In the USA, we are allowed to say we love or hate, like or dislike our leaders. That's an American right.

Then I heard something that caught my ear from onE of President Trump's media detractors.   I'm paraphrasing, but she said that now that COVID has hit home, both President Trump and the First Lady, maybe he would take it more seriously.

Isn't that funny, by our Age of Autism standards? How many years have we been shouting the call to action to stem the tide of the autism epidemic.  Every cry falling on deaf media ears. Deaf Presidential ears. Stone deaf ears.

I laughed out loud and thought, "Good luck, Charlie."

Whatever happens, let's be kind to each other.

I tend to vote for whoever may seem to be the most honest should that be possible. I would hope the President lets it rip for his second term, the other side certainly will not do anything the disrupts pharma, I would guess they are paid a certain amount each day to wear a mask and talk about the dream of the CV19 vaccine.

However, should anyone in Congress not be towing the pharma line, they will find themselves running against a Very Well Funded challenger in their next election. The Congressman would then have to go out and try to raise a equal amount of money to hold their seat. Pharma will support any Congressman of either party, who is not be trying to change laws or regulations they do not support.

Sadly for both parties, the big money comes from those who are protecting their corrupt, profitable industries.

That’s correct. I’m not saying whether or not you should take a drug saying on the label that it’s for horses, dogs, or whatever. The drug itself is exactly the same whatever it says on the label. Many preppers use many kinds of antibiotics marketed for fish. The drug is exactly the same, made by the same companies, but with a photo of a fish and Fish Mox on the label (amoxicillin), for example. People look at the dosage per capsule and take the amount appropriate for humans, although since they come in capsules of 250 or 500 mg, it isn’t hard. The standard dosage of Ivermectin is 200 mcg per kilo of weight, micrograms and not milligrams.

I am not advising that anyone do anything, but Ivermectin is an amazingly effective drug for treating Covid, as well as parasites and many other diseases. Many countries are now routinely using it in their standard of care for Covid, with excellent results. At this time, it’s easy for Americans to buy and have on hand, costs less than five dollars a tube. It saves lives.

If you look at prepper sites you’ll see that many preppers are buying it to have on hand for their families.

I agree with Bob about how many years we have been shouting the call to action to stop the huge increases in autism cases. We have been living with the autism "epidemic" since the mid 1980s when my now adult son was first diagnosed and still to this day we have had no panic button pushed by the government agencies of the CDC or NIH or other researchers to do the needed RESEARCH to stop this epidemic and also to do the RESEARCH into finding a real CURE for our children's dysfunctional immune and neurological dysfunctions. We need this research now before we have, as Bob said, 1 in 2 with the autism diagnosis and a complete breakdown of society.

Joe Biden and Rachel Maddow issued gracious good wishes for the swift recovery of Trump and his wife, as all decent people would do. I was appalled yesterday to see how many -s were expressing joy at their illness, hoping that they would die. This is a new low for the level of morality of a large segment of the American people. Truly shameful.

Cia Ivermectin is commonly used in veterinary medicines? I use to give to my horses, and still give it to the cows? We put them in a pen, and drive them through a shoot, and pour it on their backs to deworm them. We don't even have to give them a shot!

That is what they are selling on Amazon too.

If I were Trump I would be sitting at home watching TV with the help of our bee a jar of the strongest manuka I could find-they will make him worse in a hospital with drugs that are linked to liver kidney failure etc.When has allopathic did anything else but made you iller..or are we loosing our nerve folks not on here,but else where they sure are panicking -If the President has got it were ALL going to get it right Fauci NICE ONE but no surprise here.

Quercetin, like HCQ, is an ionophore. HCQ does several valuable things besides being an ionophore, but the meaning of ionophore is that it forces zinc into the infected cell, where it kills the virus. So taking zinc with the ionophore quercetin is a good strategy. Also taking Ivermectin, which may be even better than HCQ. India originally used HCQ with azithromycin as its standard of care, but now has switched to Ivermectin with doxycycline. Its rate, as John pointed out, on a population basis, has been one-eighth of ours.

I read that many people have bought Ivermectin on Amazon (including us). If it comes to that, I have empty capsules I’ll put it in. It’s Apple-flavored, but I have my doubts. It’s remarkably safe, and treats many diseases.

I agree, D3, C, zinc, melatonin, quercetin, are all excellent, also selenium. We bought a personal Vick’s vaporizer with colloidal silver to treat the cough if we were to get it.

I can't help wondering whether, after he has been declared "cured of COVID-19," "not susceptible to re-infection," and "non-contagious" by his doctors, Trump will announce that now he won't need to take the warp-speeded vaccine himself, or ever again wear a mask or practice any form of "social distancing."

Remember that Tucker Carlson is one of us.
He well knows why his son has autism.
Does knowing this, and watching the behavior of how other human beings in powerful places make you --- nuts? or maybe keenly aware what such a human being is capable of? Really capable of?

I too am in and out and around and about busy Bee!

I am going to brag -- on something not worth bragging about, but I was perhaps one of the first people in all of my area to hear that President Trump had covid 19. Dad does not sleep well at night, plus he wears TV ear phones since he is practically deaf. So, I am up 1;00 or 2:00 in the morning checking on getting those ear phones out of his ears and recharging.

Getting back to Tucker: So last night swarming in and out and about; I hear Tucker wonder several times how the president, that has everyone around him tested for covid 19; was able to come down with the covid.

Then of course I am there walking by when Chris Wallace -- tells about how the first family came in with mask, took their seat six feet apart and took off their mask. Oh for heaven sakes, his father do did great reporting on the 1976 Swine Flu vaccine and Chris is reduced to --- I guess it depends on what political side you are on, if that was worth a mention.

But one good thing about all of this is that
the first time around President Trump took hydroxychloroquine. I have quercetin hoping it will do just as well cause we can't get hydroxychloroquine. A doctor recently told my husband we can thank our governor for that. He is a Democrat -- I don't know -- making stuff political that don't need to be.

This time around Trump took a bunch of donor's antibody treatment. Something my family prone to cytokine storms will not likely be allowed to get either.

Then there is vitamin D, and zinc -- check mark on both of those.
then there is melatonin; not for sleep but to modulate the immune system. I did not know that! I have it, but I would not have used it if they got sick; well I sure will now.
Then there is peptin-- I had no idea! I thought it was causing cancer? But my son, hubby and daughter has GERD pretty bad, and not using it cause it might cause cancer, but darn GERD might cause cancer too. So now a big check mark on that one and don't forget to take the methyl B 12 -- twice a day if we take it cause the reduction of acid does not allow good absorption of B 12.

And antihistamines. Did you know that antihistamines has lake dyes in them which is aluminum even though they are white? What is that all about? We already take them anyway. But sure will if and when we get sick.

Our nation is in dire straights when we feel necessary to beg/ask/plead for KINDNESS for each other.

'Then I heard something that caught my ear from onE of President Trump's media detractors. I'm paraphrasing, but she said that now that COVID has hit home, both President Trump and the First Lady, maybe he would take it more seriously."

Kim's point being … "Isn't that funny, by our Age of Autism standards? How many years have we been shouting the call to action to stem the tide of the autism epidemic. Every cry falling on deaf media ears. Deaf Presidential ears. Stone deaf ears."