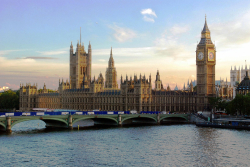 British readers should write to their MP’s today to express their doubts about the Coronavirus Act first passed in March which has expedited the Conservative government in the exercise of arbitrary measures against citizens, while Parliament turned a blind eye. 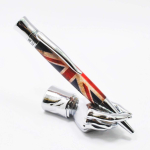 ng renewed or being modified if opposition MPs decide to vote against the act in its present form. Opposition parties should not sit by week after week, month after month allowing the government to make a mess of things, while rubbing their hands. It may have suited them till now but it simply does not look very responsible: if they do renew the act without conditions it will certainly look opportunist and highly unprincipled. Two excellent articles have appeared in the Mail on Sunday this weekend by Peter Hitchens and retired Supreme Court judge Jonathan Sumption.

If the act is renewed unmodified there will, for instance, be no mechanism to rein the government in over Boris Johnson’s lunatic scheme to test 10 million citizens for the SARS-CoV-2 virus a day, using technology which has not yet been invented at the estimated cost of £100billion (about 130billion USD). A suppressed government report predicts there will have been 75,000 non-COVID deaths over the next 5 years as a result of the government strategy including 16,000 who have already died in the hospital chaos of the spring, and 26,000 expected to die in the first years through not seeking medical treatment. These matters need closest political scrutiny.

But Sir Lindsay said he was unable to select any amendments ahead of a vote on the renewal of the powers to avoid causing uncertainty and “undermining the rule of law”.

However, he indicated his support for MPs who feel they have been shut out of the process of scrutinising regulations introduced to limit the spread of the virus by curbing people’s freedoms.

“All too often, important statutory instruments have been published a matter of hours before they come into force and some explanations as to why important measures have come into effect before they can be laid before this House has been unconvincing and shows a total disregard for the House,” Sir Lindsay said, just before Mr Johnson faced Prime Minister’s Questions in the Commons.

He called on Mr Johnson’s Government to “rebuild trust” with the Commons “and not treat it with the contempt that it has shown”.

Both Downing Street and a source...

Coronavirus: Boris Johnson bids to head off Conservative rebellion over COVID-19 rules
The PM will give an update from Downing Street on the coronavirus crisis, as he faces calls to give MPs more say on restrictions.

Boris Johnson is bidding to head off a Tory rebellion over emergency coronavirus legislation as he prepares to give his latest update on the COVID-19 crisis from Downing Street.

The prime minister - who was forced to apologise for getting confused by his own coronavirus regulations - is facing the prospect of a Conservative revolt when MPs are asked to renew the emergency powers that were given to ministers to deal with the pandemic back in March.

While I wouldn’t speculate I believe flu vaccination is still not among the compulsory vaccinations for British doctors, although there is a lot of pressure. There was a striking letter in BMJ a few days ago by Dr David S Grimes (not to be confused with Sense About Science bully David Robert Grimes) about British doctors who had died from COVID-19 and advocating for Vitamin D:

I think indifference by our Department of Health and Social Care to the Vitamin D issue is troubling as is there refusal to consider the issue of flu vaccination and viral interference.

John,
I noticed a Daily Mail article featuring ten medical doctors stricken with Covid and lingering effects. I certainly wonder, if, as has been previously suggested by some reasearch, flu vaccination has set them up to be more predisposed. Medical types would be more likely to have had the flu vaccine I would imagine. Any thoughts?

Just as the German doctor stated and I pointed out earlier, this is not really about a virus.
So to in the latest Corbett Report. In this special edition of The Corbett Report, James Corbett welcomes all the newcomers to the reality-based community and gives them some tips and advice that he's learned along the way about navigating this world of lies and cover ups and what we can do abut it. He explains the whole subterfuge better than I and doctors urgently need to wake up and get on board.
https://www.youtube.com/watch?v=K6RP8fEfpVU

Good clip from The Highwire showing Rand Paul grilling Fauci. Might have some helpful info for those writing letters in the UK:

Cut to the facts about coronavirus in Corona, False Alarm?, the runaway German bestseller.

No other topic dominates our attention as much as coronavirus and COVID-19, the infectious disease it triggers. There’s been a global deluge of contradictory opinions, fake news, and politically controlled information. Differing views on the dangers posed by the pandemic have led to deep division and confusion, within governments, society, and even among friends and family.

In Corona, False Alarm?, award-winning researchers Dr. Sucharit Bhakdi and Dr. Karina Reiss give clarity to these confusing and stressful times. They offer analysis of whether radical protective measures―including lockdown, social distancing, and mandatory masking―have been justified, and what the ramifications have been for society, the economy, and public health. Dr. Bhakdi and Dr. Reiss provide dates, facts, and background information, including:

How Covid-19 compares with previous coronaviruses and the flu virus
What infection numbers and the death rate really tell us
The challenges around lockdown: Were the protective measures justified?
Mandatory mask-wearing: Does the science support it?
Does the race for vaccine development make sense? What are the chances of success? Will the vaccine be safe? Will people accept it?
Corona, False Alarm? provides you with sound information and substantiated facts―and encourages you to form your own opinion on the corona crisis.

It is being reported that House of Commons Speaker, Lindsay Hoyle, will not allow amendments to the Coronavirus Act- Parliament would have to vote the entire act down:

Still worth telling your MP what you think. The Court of Appeal should still have to decide on whether the government is acting legally in four weeks time.

Oh yes John -Sturgeon NEVER takes the blame for anything. Instead it is all the fault of Westminster or her own ministers. At the last count. 14 of her MSPs, including several ministers, are quitting at the next election. Oh guess what; it has now been mooted the May 2021 election might be postposed due to Covid. On both sides of the border the Labour and Liberal Parties are getting organised against both the SNP and Tory parties, both split within their own ranks.

As for those beleagured Scottish students. Our SNP Government has now given them permission to go home 'in exceptional circumstances', although what qualifies as this is unclear. No matter, one unverified report from a Glasgow student states 40 out of 50 in his own residence block have gone home. It seems the horses have bolted anyway. Theres no reason why they cannot self isolate at home, since all uni learning is online anyway. The unis can't afford to expel them all.

The situation in Manchester (England) has prompted a local legal firm to offer advice 'pro-bono'. Apparently forcing students to stay in their rooms, is against both the law and their human rights. Patrolling police and wardens have no lawful powers to detain them.

I think this entire Covid farce is reaching 'critical mass' anyway. The Governments have attempted to suppress publicity over public anger expressed in huge demonstrations in London, Europe, and Australia . One speaker was arrested for speaking out in Hyde Park's Speaker's Corner. The mainstream press and media have meekly complied with government directives, but there's no silencing the internet!

Florida entirely returned to normal on Friday , no masks , no restrictions.

https://www.naturalblaze.com/2020/09/poll-britons-would-go-to-prison-before-being-injected.html
Poll: Britons Would “Go To Prison Before Being Injected”

Apparently, Sturgeon has ordered universities to be nice to students as if it has got nothing to do with her. All our politicians have fallen well below basic standards but Sturgeon is right at the bottom of the learned helplessness stakes.

I don’t know how we got to this situation - the Coronavirus Act did not confer these powers but everyone is acting as if under the illusion that it did anyway. This will come before the Appeal Court late next month.

Yes- well worth a read.
"What kind of a country have we become when arrogant bullying is seen as the proper function of Ministers? Ex-Supreme Court judge LORD SUMPTION denounces No10's rule of muddle and authoritarianism"
By LORD SUMPTION FOR THE MAIL ON SUNDAY
PUBLISHED: 22:05, 26 September 2020 | UPDATED: 09:10, 27 September 2020
• https://www.dailymail.co.uk/debate/article-8776267/Ex-Supreme-Court-judge-LORD-SUMPTION-denounces-No10s-rule-muddle-authoritarianism.html

In Scotland, First Minister Nicola Sturgeon is being even more draconian than Boris. We are presently unable to have friends and family in our houses, even in small numbers. We can sit in the garden with up to 4 members of another household and freeze. (6 persons max). That's assuming we have a garden.
The latest complete fiasco is still playing out as students start or return to universities. In Manchester, police and wardens patrol halls of residence to prevent students 'escaping' home, after they were told to self isolate, although they have been promised a possible return at Christmas. All studies are online after a few students tested positive for Covid-19.
In Scotland, many of the students have quite simply escaped, in defiance of threats to expel them, as worried parents collected them; some simply caught buses and trains home. Nicola told them not to have parties or visit pubs. In England huge fines have been levied on persons refusing to self isolate.
This will not end well.