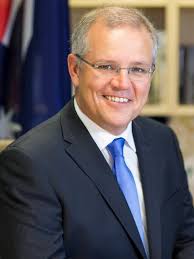 Mr Morrison, I'm horrified by the political situation in Australia in relation to the handling of this virus. Elected representatives of the people have grossly over-reached in exerting control over those they are meant to serve. And unelected individuals, i.e. Federal and State medical officers, and various academics, are influencing policy with little or nothing in the way of accountability. The situation in the police state of Victoria is appalling, with people masked and under curfew, impeded from travelling from their homes, and subject to intimidation by police and the army. This is the most shocking political experience of my lifetime, and it is occurring under Australian governments, not invading powers.

We must have immediate transparency about the coronavirus situation, the information provided on the Department of Health Coronavirus (COVID-19) webpage is insufficient, and is beating up the number of 'cases' and not providing data which informs about the actual risk of this virus to the entire population. Provide the Australian community with relevant information, e.g. what comorbidities are involved with Covid-19, across the age groups? What is the status of the people in hospital, the outcomes? Give us real information, instead of media-led fear-mongering by beating up the number of 'cases' which is largely irrelevant.

There are no deaths reported in individuals under the age of 30, and yet the entire population of 25.5 million is being terrorised about this virus. The majority of deaths are in the age group 70-90+, i.e. the elderly. And these deaths are a tiny fraction of the elderly population in Australia. Federal and State governments have known for months now the demographic groups at risk, why have you not targeted efforts effectively to protect the elderly in aged care facilities and other vulnerable groups? Instead, untold millions are being spent on tests, with over 4.8 million being conducted, with positive tests amounting to 0.4% - what is the point of this? Millions of people with a sniffle are taking up resources in being tested, when it would be more effective for them to stay home and recover from whatever bug ails them.

Mr Morrison, the entire country is being adversely affected by the disproportionate response of governments and unelected individuals to this virus. What is the approach now, has it moved from supposedly 'flattening the curve' to elimination? Now what lies ahead? Are you monitoring developments in other countries such as the UK and Sweden? Are people more likely to be vulnerable being recommended to take vitamin D supplements, particularly those who are most likely to be deficient, e.g. people in aged care facilities? Is the development of natural immunity among the healthy population in Australia deliberately being hindered to facilitate the implementation of fast-tracked, experimental vaccine products, with which Australia is involved via the Coalition for Epidemic Preparedness Innovations (CEPI)?

The situation is dire Mr Morrison, you and your colleagues need to get this sorted before the whole country is wrecked socially and economically.

https://m.youtube.com/watch?fbclid=IwAR0-o5yXgIS_BEh3k2NKv12nTAHgO3P8ppVsrp2MxiF7uklAOoinKqO0xik&feature=youtu.be&v=It2IFcc2oY0
So entertaining. Bill Gates gets asked about his vaccine trials and fails miserably at handling any questions about side effects.

Thanks superb Elizabeth I see variouus reports in newspapers that they the media have had enough of the lockdown -must be affecting some high up where its not meant to.Cnat be as they planned.

Re the current coronavirus situation, and the 'race for the vaccine', being led by software billionaire Bill Gates, who is also unaccountably de facto head of the World Health Organisation...

We have to demand a conversation about this ‘race for the vaccine’. Most people do not appear to be adversely affected by this virus. It’s wrong to fast-track and implement a vaccine for the entire global population.

It’s insane that independent and objective specialists in infectious diseases and immunology are not leading discussion on this subject.

Consider for example the implications of my recent BMJ rapid response - ‘Is it ethical to vaccinate children to protect the elderly?’ https://www.bmj.com/content/364/bmj.l108/rr-4

It really is astonishing to see the catastrophic response to this virus around the world, and particularly in Melbourne, Australia. Totally out of proportion, and so ill-targeted.

Here’s a great summary of the lockdown in Melbourne ‘Madness in Melbourne’ by Jeffrey A. Tucker, Editorial Director for the American Institute for Economic Research: https://www.aier.org/article/madness-in-melbourne/

Archer really nails a lot of the issues, but he’s not onto the main agenda, which is all about ‘the vaccine’.

‘The authorities’ are intent on putting fast-tracked lucrative coronavirus vaccine products in place, for a virus that isn't a risk for most people. And many Australians are likely to be unaware these vaccines could be compulsory under the Biosecurity Act 2015, with refusers apparently at risk of a penalty of five years imprisonment and/or a $63,000 fine. How did that legislation get through the parliament without consultation with the people?

Australia rate of infection is so low per capita compared to the United States because of draconian isolation and contact tracing policies. I love Scott Morrison's government handling of the epidemic so much better than Tr---. Real conservatives would increase laws and penalties for not complying with public health requirements. Alabama has some harsh laws and public health measure in 1918 while Mississippi did not and the laws lowered the death rate by comparison.

Pogo,
Thanks for that interesting comment. The link didn't work for me though. Neither did the two on "Natural News". Maybe it's my computer.

Well Done Elizabeth. More & more of us must wake up & do "something". You are Spot on. I have no doubt that if Australia doesn't rise top to this challenge, it might be rolled out to other commonwealth countries..... a testing ground.

There is another method that Pharma is employing to hoodwink governments, etc., but I couldn't post about it before because I did not know how to explain it without resorting to technobabble.

However, journalist Millie Weaver has produced a documentary explaining the ‘how’ of this technocracy and ‘why’ it is a non-partisan problem, as it involves the ‘privatization’ of both democracy, the news media, social media, and a lot more.

What the video shows is that these hi-tech firms are for ‘hire’ by anyone (but unfortunately doesn't get onto cover Pharma, food industrial complex, etc., which is what I’ve been following). We have witnessed how deep their reach has become — almost faster than we could workout what was happening. The video is an hour and twenty five minutes long, but I think it would be a grave miss judgment not to watch it through — then pass the link on.

Understandable, the MSM has been quick NOT to report Millie’s sudden and as yet, unexplained arrest a few hours ago, just prior to the documentary's release… go figure.

This is a copy of Millie’s documentary which has escaped quarantine:
https://www.pscp.tv/w/1nAKEAMEbmXKL

So when we get Covid 19; not IF -- will we receive medication that works like hydroxychloroquine?

At first I thought well they will take a couple of month until we the people put the fear into them. But it has gone on for seven months will no clear end in sight.

Once again I have underestimated how really dark some human hearts are. Just like I underestimated them for the AIDS crisis and for the vaccine injuries.

well done. the department of truth, will issue the official "wall of silence" answer to these important questions.

Brilliant letter Elizabeth. I wonder if you will get a reply. Let us all know if you do.

Excellent letter, Elizabeth Hart! Now, if only leaders of nations would feel compelled to listen to, represent, and act in the best interests of their citizens, versus colluding with, kowtowing to, or being one of the global mafia heads.

"And unelected individuals, i.e. Federal and State medical officers, and various academics, are influencing policy with little or nothing in the way of accountability. The situation in the police state of Victoria is appalling, with people masked and under curfew, impeded from travelling from their homes, and subject to intimidation by police and the army. This is the most shocking political experience of my lifetime, and it is occurring under Australian governments, not invading powers."

This short paragraph could just as easily be sent to those many State Governors in the U.S. .. such as … New York and New Jersey … who have allowed those very same 'unelected individuals, federal and state medical officers, various academics" to influence policy with LITTLE OR NO ACCOUNTABILITY for the damage done to our personal LIBERTIES.

As an advanced senior citizen .. I whole-heartedly agree this has been the most "shocking experience of my lifetime" with NO END IN SIGHT.

We .. the people .. DO NOT WANT A 'NEW NORMAL" LIFESTYLE WHEN THIS VIRUS IS FINALLY DEFEATED … AS ALL OTHER SUCH VIRUSES HAVE BEEN DEFEATED FOR MILLIONS OF YEARS.

I pray the day comes when every politician who trampled on our Constitutional Rights .. in the name of "protecting our public health' .. are REMOVED FROM THE OFFICE THEY SO ILL SERVED.

Apparently we in the UK - and probably Australia and the USA as well - are today commemorating VJ Day, 75 years since the end of the Japanese part of WW2 and therefore the entire conflict. I have not paid much attention to this except to read a few headlines about speeches made by our various "leaders". I noticed they all seem to end with something like, "we are thankful to those who fought, and brought us the freedoms we now enjoy", one added, "even in these unusual circumstances". Elizabeth, your comment "and it is occurring under Australian governments, not invading powers" should make everyone wake up to what is happening.