Interview with Prof Chris Exley on People Behind the Science 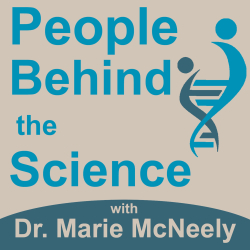 In April 2020, I agreed to a telephone interview with Marie McNeely, the co-founder of an organisation called People Behind the Science (http://www.peoplebehindthescience.com/). The interview took place in early May 2020 to the apparent satisfaction of all concerned. In late June 2020, I received an email from Michael Green, also a co-founder of People Behind the Science, telling me, without explanation, that my interview would not be broadcast on their podcast. Subsequent emails from myself asking for an explanation and asking for the return of a copy of the interview were completely ignored by Green. Only when my US legal representatives issued a demand letter for a copy of the tape of the interview was a reply from Green forthcoming. He agreed to send an mp3 copy of the interview to prevent legal action being taken against him. However, what he actually sent was not what I asked for. He sent a highly edited copy of the interview in which there are many gaps and all words spoken by Marie McNeely had been removed. This is the low-resolution interview tape that I received from Green. Perhaps, as you listen you can play, fill in the gaps? Make your own judgement as to whether anything I say on this version of the interview would warrant censorship. Rather it appears to me from everything that has gone on that I am the subject of censorship here and that someone has threatened Green and McNeely with some form of repercussion should they broadcast my interview on their podcast. Whatever the reason, People Behind the Science and specifically McNeely and Green, should be ashamed of their actions. They do not deserve the support of anyone listening to or contributing to their podcast in the future.

Trump from his speech at the whirlpool factory yesterday.

The comments were made during an address Trump gave at the Whirlpool Corporation Manufacturing Plant in Clyde, Ohio.

The context of the remarks was an executive order that will mandate U.S. government agencies purchase all essential drugs from American sources.

Trump blamed the American political class for the fact that drugs are cheaper to buy in other countries Canada even if they are made by the same company.

“So I have a lot of enemies out there. This may be the last time you’ll see me for a while. A lot of very, very rich enemies, but they are not happy with what I’m doing,” said Trump.

In terms of who Trump was identifying as his “enemies,” the president made reference to wealthy anonymous “middlemen” who skim profits from pharmaceutical sales.

There is a war on free speech. Without your support, my voice will be silenced.

It's all about the SCIENCE … which in today's ethically/morally bankrupt society actually means ..

IT'S ALL ABOUT THE POLITICS … SINCE SCIENCE IS NOW MORE POLITICAL THAN EVER … AND GETTING WORSE BY THE DAY .. CONSIDER HYDROCHLOXYCLOROQUINE (sic?) ..

It should surprise no one the interview was SPIKED … CENSORSHIP IS THE LAST REFUGE OF A TYRANT ...

Stalin was just a pretender Gates et-al are the real deal and they are probably proud Offit..

“Aluminium never has been involved in bio-chemistry evolution-never has.”
That’s why they now put it in vaccines we`ve been missing out on an essential brain demolition block.

I listened to this (response only) recording yesterday. It was very easy to know what the question had been by Prof Exley's responses.

Listening to it was a bright spot in my day yesterday - and he enjoys gardening which is my extremely effective therapy.

This censorship really is getting out of hand. Hopefully the fact that they are censoring obvious truth will, eventually, be the undoing of these psychopaths.

And dont forget Mr Aluminium has a new book coming out soon :

"The publishers keep telling me that my book will be available soon and so I will keep you updated on that."

This is yet another example of why we have to record every minute of every interview we do (use speakerphone function rather than headphones or ear buds).

This isn’t even the most common or worst outcome from an interview. Usually, we are either quoted out of context, or seriously misquoted, and made to look like fools.