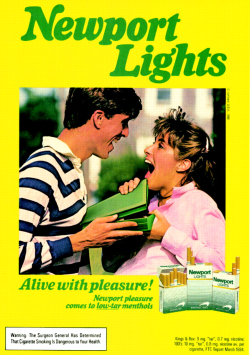 I couldn’t believe my eyes when I saw an article suggesting that pregnant women should be first in line to get the undeveloped, untested, unlicensed COVID vaccine when it becomes available.  Other vaccines are strongly recommended for those carrying a child in utero, including the liability-free influenza and Tdap vaccines despite insufficient data being available on those vaccines.  They are pushed heavily even though it is also unknown if the (Tdap) “vaccine can cause fetal harm when administered to a pregnant woman or can affect reproduction capacity.” (HERE)  So why on earth would anyone suggest a pregnant woman receive a fast-tracked vaccine that has had no current data let alone any documented long-term, well-controlled studies?

I haven’t gotten a solid time table on what long-term testing is considered industry standard—is it 5 years? 10 years? 20?  But I did find a webpage, recommended by the CDC, that somewhat details the average length of time it can take for vaccine development:

Under a heading First Steps: Laboratory and Animal Studies, we’re told that this exploratory stage “involves basic laboratory research and often lasts 2-4 years.”  The next stages, the pre-clinical stages, “often lasts 1-2 years and usually involves researchers in private industry.”  After those stages, add up to 30 more days to the new vaccine development timeline.  That’s how long the FDA has to respond to vaccine applications that have been submitted.  Within that time, the FDA can state they will or will not approve the vaccine for the next stage, which included an additional 3 stages of testing.  Once that’s complete, and depending on the outcome, the vaccine can then be eligible for licensing by the FDA.  Worth noting on this website was Phase IV.  “Phase IV trials are optional studies that drug companies may conduct after a vaccine is released.  The 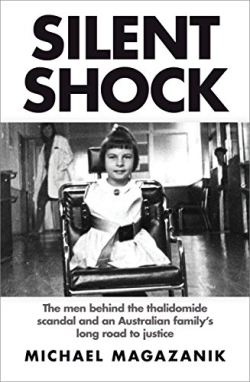 manufacturer may continue to test the vaccine for safety, efficacy, and other potential uses.”

They may, and I think they should, but they don’t have to.

The thalidomide tragedy in the last century led to US tightening restrictions "surrounding the surveillance and approval process for drugs to be sold in the U.S., requiring that manufacturers prove they are both safe and effective before they are marketed. Now, drug approval can take between eight and twelve years, involving animal testing and tightly regulated human clinical trials.”

One would hope that this tragedy--where thalidomide drug manufacturers ignored reports of birth defects--would serve as a warning for our own time. But apparently not, as the current COVID vaccine development is taking months, not years, skips animal studies, and may not include complete or adequate human clinical trials.

Looking at each of the CDC’s recommended vaccines licensed by the FDA (section 8.1 on a package insert), one can clearly see that not enough data exists to sufficiently inform the public of risks associated with many of the vaccines during pregnancy.  Maybe that’s why those who administer them are asked to encourage pregnant women to record post-vaccination pregnancy outcomes on the FDA’s pregnancy registry.  Those who license vaccines admit that safety and effectiveness hasn’t been established in that population but will, in the same breath, say to give it to a mother-to-be anyway.  Instead of doing the trial studies themselves, which I understand could be seen as unethical, they’d rather wait until the products is on the market and injected into women.

They’ll get the facts after the fact.

Fact is, adverse events from vaccines are not uncommon.  From mild to severe, the CDC states that all vaccines come with risk.  The latest small-scale human trials of the experimental mRNA-1273 vaccine, created by Moderna, Inc., have already proven that. Maybe they’d have known those would occur had Moderna followed protocol fully.  But they skipped that part, went full-steam ahead and are being encouraged to work quickly toward a final product.

I don’t doubt that they and other companies vying to produce a vaccine will continue to race to the finish.  Big money is at the end of that finish line.  Government officials and their backers are desperate to have at least one safe, effective COVID vaccine this year.  It appears those in the field agree but will settle for one that is just “reasonably safe and reasonably effective”.

So, this COVID vaccine could be less than perfect.  That’s what the public can to look forward to?  And they want pregnant women to get it first?  Unbelievable.  It doesn’t seem logical to me but rather aligns with other bizarre events and decisions that have made up much of 2020.

I was surprised to hear the frontline doctors say hyroxychloroquine was safe for pregnancy as well. Mad world!

This "vaccine" will probably not even be a vaccine, just as the "novel corona virus" is actually just the usual old cold. This "vaccine" has already been prepared (it couldn't possibly have been developed in the timescale they're claiming) and its real purpose is sterilization and identification. The effect on pregnant women doesn't need to be spelled out. No-one should accept this vaccine.

Thank you Cathy for your observations ,it's a culture shock right enough!

Considering the tragic results of giving pregnant women thalidomide and the terrible outcome it caused the unborn children who were unfortunate enough to receive it-I can not imagine anyone suggesting giving a corona vaccine to pregnant women first before anyone else. The vaccine may not even be safe for any of us as they are rushing to get it to the public without the proper amount of time and attention given to make sure it is safe and effective. The whole thing sounds like we are living in a totalitarian state and the consequences of this could be disastrous.

Yeah, especially when pregnant women are excluded from the trials. Heck, trial participants were even advised to abstain from sex.

At some point people need to wake up to the fact we are being led by a satanic cult whose motivation is to do harm. They are neo-malthusians who consider we the people to be the virus they want to eliminate. Prince Philip says if he returns in another life he wishes to be a virus to depopulate the planet. These sentiments, now cloaked by terms like Sustainable Development are held by the ruling elite and their sycophants.

Great article. In pointing out the tragic episode of thalidomide your points are rock solid. How many lawyer commercials do we see stating if you took this medication you can qualify for a class action lawsuit. Keeping in mind these were all once FDA approved medications as being "safe". Nonetheless, the fear factor projected on people by our government and majority of media seems to have effected people's common sense. Keep up the great and important work! Thank you.

"....And they want pregnant women to get it first? Unbelievable. It doesn’t seem logical to me but rather aligns with other bizarre events and decisions that have made up much of 2020."

Makes perfect "logical" sense when "population control" is ALWAYS a high priority … being pursued through whatever means necessary .. THALIDOMIDE being just one that worked rather well for a short period of time.