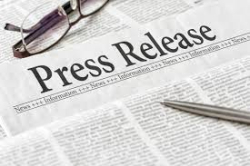 Note: I wish Dan Olmsted were here to write this post. He was a Yale trained journalist and his perspective on the current state of reporting would be valuable. Not only does the fine hand of the Gates Foundation appear in what IS written, they dictate what can NOT be written as well.   Recently, Del Bigtree's The Highwire was taken "off air" in an effort to squelch his message.

Think about the messaging for autism. Neuurodiversity was given fertile ground and every column inch possible, while those of us who saw our children descend into autism from their vaccines were plainly shut out from saying, "boo."

I'm sure the same thing is happening with COVID right now. There is an agenda being shoved down our throats. On March 13, 2020, a switch was hit, and the USA ground to a halt.  And Bill Gates is at the forefront.

I worry every single day that we might awaken to a 404 not found message that isn't just a technical glitch.  Journalism used to be about investigating and reporting what was happening. Now it's about regurgitating press releases and reporting on what someone in power wants you to think is happening. At some point, perhaps as newspapers realized they were a dying breed a couple of decades ago, they decided to give up on "all the news that's fit to print" and adopted an "only the  news we're told to print."  Even the New York Times, the Old Gray Lady.

Money. It's about money.  The haves take, the have nots, like Age of Autism, will keep up the good fight. For now.

Last August, NPR profiled a Harvard-led experiment to help low-income families find housing in wealthier neighborhoods, giving their children access to better schools and an opportunity to “break the cycle of poverty.” According to researchers cited in the article, these children could see $183,000 greater earnings over their lifetimes—a striking forecast for a housing program still in its experimental stage.

If you squint as you read the story, you’ll notice that every quoted expert is connected to the Bill & Melinda Gates Foundation, which helps fund the project. And if you’re really paying attention, you’ll also see the editor’s note at the end of the story, which reveals that NPR itself receives funding from Gates.

NPR’s funding from Gates “was not a factor in why or how we did the story,” reporter Pam Fessler says, adding that her reporting went beyond the voices quoted in her article. The story, nevertheless, is one of hundreds NPR has reported about the Gates Foundation or the work it funds, including myriad favorable pieces written from the perspective of Gates or its grantees.

And that speaks to a larger trend—and ethical issue—with billionaire philanthropists’ bankrolling the news. The Broad Foundation, whose philanthropic agenda includes promoting charter schools, at one point funded part of the LA Times’ reporting on education. Charles Koch has made charitable donations to journalistic institutions such as the Poynter Institute, as well as to news outlets such as the Daily Caller, that support his conservative politics. And the Rockefeller Foundation funds Vox’s Future Perfect, a reporting project that examines the world “through the lens of effective altruism”—often looking at philanthropy.  Read more Journalism's Gate Keepers.

Dan went to Yale before it was turned into the brothel it is today.

Thanks to Tucker Carson, I found out just who and what the Koch brothers were all about. Nothing good, and really about the same as Soros and Gates.
But what do I do about it.

I guess be a part of the glass sea mixed with fire. Revelation 15:2 For me to think I understand Revelation must mean we are getting close to an awaking of humanity?

What is going to happen to liars according to that book, ain't pretty.