Home Donate Contact Us Special Reports Science Subscribe by Email Subscribe to RSS Our Mission
Dr. Larry Palevsky February Presentation to CT Assembly on the Nightmare in Connecticut
Columbia Journalism Review Takes a Look at Bill Gates Influence on What You Read 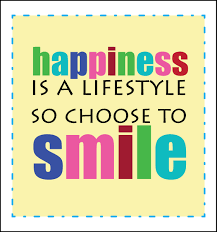 I had an incredibly busy week and had no time to write a new post.  Today’s story comes from an old journal entry of mine.  It’s been edited a tad for our AofA readers today:

...While I try to be upbeat and hopeful, there are days I just can't keep smiling.  Ronan looks so normal at first glance.  Strangers are caught off guard when he does something unusual or has a meltdown.  Those encounters can be painful, so I either try to explain things or quickly move away from watchful eyes.

On those bad days, I sometimes just want to blow off my responsibilities.  I would never do that.  I have five kids, and they all need me in some special way.  Ronan is my most needy most days and always gets my full attention.  His complicated medical issues and cognitive delays have us constantly on the go to get him to his therapies and appointments.  My life includes weeks that are tornado-like and should have high alert statuses to warn others what to expect...

That old memory crossed my path today.  I’d appropriately titled the entry This Blows.  Written during what looks like was an awful week over 10 years ago, I recently had a similar week full of struggles and emotions.  Before things smoothed out, I told myself the same thing I’d said a decade ago:  Things really stink.  But you'll pick yourself back up again, Cat.  You’ll see.  I expected it to be a good week, but the week I wrote that was THE PITS.  Each day, my well-thought out plans were completely destroyed.  Then Ronan had dozens of seizures.  The night those came on was the worst, and the following day was no better.  Walking around with more worry than with happiness, I asked myself how do I keep smiling when there's nothing to smile about.

...while most of Ronan's days are full of struggle just to do the simple things - like getting in his chair without falling over, or scooping his food without it spilling out of the spoon - Ronan is victorious.  Each day he faces more challenges than I will ever know.  Each day he teaches me to learn more and to do better, too.  I may want to blow things off some days, but that little hero wrapped up in a kid’s body pushes me along.  That’s when I try to remember ‘this too shall pass’.  He didn’t chose the medical and behavioral issues he suffers.  But together, we can try to work through them.

As usual, things settled down after I’d written that old memory:

Making sure all was well before tiptoeing back out in the world again, I left Ronan resting at home with his therapist on Friday morning.  Walking out of the house and away from the chaos the week had left behind - piles of laundry, empty cupboards, mail yet to be read and medical bills stacking up - I pulled out my To Do list.  Overwhelmed, I saw that I had much to do.  I also had a short amount of time to get it all done.  Ronan was in good hands, though, so I headed out.

My first task was to get groceries.  Needing to stock up on bulk items, I headed to Costco.  In my own little world, I went up and down the long aisles getting the things we needed.  With still so much to get to on my To Do list but with little time to get everything done, I headed toward the exit after paying for everything.  I hadn't realized I was smiling as I got closer to the doorway, but my smile caught the eye of the older, happy fellow who'd be charged to check customers’ receipts. 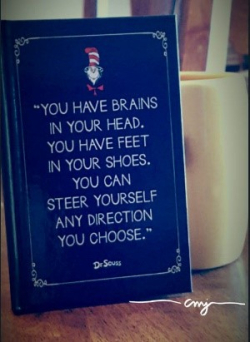 Grinning himself, he said, "I can tell you're going to have a really good day.  Your smile tells me that you are."

Taken aback, because I was concentrating on which errand I could tackle next - deposit a check, pick up medical records, or get to another store, I blushed.

Thanking him and said, "You have yourself a good day, too."

Even though this week was one of the most tiring, awful, trying and annoying weeks ever, with his encouragement, I promised myself that I would keep on smiling for the rest of the day.

Sometimes I have to search for a positive moment.  Other times, they come in the form of a simple smile from a Costco employee.

That employee had no idea how down in the dumps I’d been.  He had no idea how dejected I'd felt the night before while I watched my son have one seizure one right after the other.  But that fellow chose to see that there was a glimmer of happiness waiting to be found.  When he pointed that out to me, I smiled with purpose.  Making a conscious effort to smile, to hope, and to find the positive is much better than holding onto pain.  Pain is a tricky thing, especially when one hasn't yet learned how to completely let it go.

I know that pain has no place in a happy heart, so I thank God that I crossed paths with that person exactly when I did.  I hope I get to see him again on my next shopping trip.  His smile was genuine and exactly what this tired but hopeful mama needed.

Note: Cathy often adds music to her wonderful Sunday posts.  I immediately thought of this rendition of a very old song, SMILE, sung by Aerosmith's Steven Tyler.  All of our hearts are breaking - and yet we smile.  XOX  Kim

You have written another inspiring and hopeful article for all of us parents with children and adults on the autism spectrum. My adult son has had many seizures too so I know how it feels to stand there and watch feeling so helpless to do anything to stop them. Our lives are filled with tremendous stress and one wonders how so many of us manage to get through each and every day. We will try to keep smiling for the sake of our beautiful children who need us and love us just as much as we love them. God Bless us, everyone,

Here is one to brighten up the day, as always pray for our children

Thanks! I needed this! perfect timing. xoxoxp