It Was His Dream Job. He Never Thought He'd Be Told to Delete Data on MMR, Autism and African American Toddlers 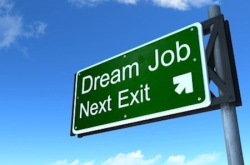 That's the headline that never ran when CDC scientist William Thompson lamented his role in massaging MMR vaccine data on tape. And never will run as long as pharma controls our public  health and government agencies like CDC and FDA.  But there was a similar headline this week that should make the dumbest bunny in the warren draw a comparison between the fraud of prescription drugs and the fraud of vaccines. Healthcare is no different from Tony Soprano's "no work" jobs on Jersey construction sites. And Tony wore better suits....   Many of us had "dream jobs" too before vaccine induced autism fired us.  Here, NOVARTIS will help you navigate COVID.  Feel safe?

It was his dream job. He never thought he'd be bribing doctors and wearing a wire for the feds. In an exclusive interview, the man behind a $678 million whistleblower settlement says "drastic action" was needed to shake up the pharmaceutical industry.

When Oswald Bilotta landed his dream job as a sales representative for Novartis Pharmaceuticals in 1999, he thought he'd be doing good for society while doing well for himself and his family.

He had no idea that just over a decade later, he'd be part of a vast federal investigation into kickbacks at Novartis and that he'd be paying cash bribes to doctors while wearing a wire for prosecutors.

On July 1, Ozzie Bilotta's yearslong effort to blow the whistle at Novartis paid off. The Justice Department announced a $678 million settlement with the company over improper inducements it made to doctors to prescribe 10 of the company's drugs, including the anti-hypertension drug Lotrel. The deal represents the biggest whistleblower settlement under the federal anti-kickback law, Bilotta's lawyer said.

"I felt like you needed to take drastic action to turn this system upside down and make it more legit," Bilotta, 57, said in an exclusive interview with NBC News. "The whole system needed to be blown up and pieced together in a fair way — fair for taxpayers and good for patients."

Although the payout Bilotta will get under federal whistleblower laws hasn't been determined, he could receive a pretax sum of $75 million through the settlement, his attorneys said.

In the settlement, Novartis admitted to "certain conduct" alleged by the government and will sharply curtail practices exposed by Bilotta that gave doctors incentives to prescribe its drugs. Novartis derived at least $40 million as a result of the conduct, money that was paid by federal health care programs, the government said.  Read more here.

Sounds like a racket. Let your employees doing your dirty deeds become whistleblowers and earn millions (great benefit), pay some protection money (600 million) to government (settlement) , paid for by customers of your drugs, and continue getting protection from FDA and HHS (drug approval, ignoring safety, funding basic research, no negotiation of prices like in other countries).

Do I got that right?

"Bilotta, a Novartis sales representative for the eastern end of Long Island, filed his suit in January 2011 under the False Claims Act, detailing remuneration to physicians, such as lavish dinners at restaurants; costly tickets to sporting events and entertainment, including a trip to a Manhattan strip club; gift cards; and catering for events in the lives of doctors' children, such as graduations or bar mitzvahs."

Vaccine manufacturers do not have to provide "lavish dinners at restaurants, costly tickets to sporting events and entertainment, gift cards or catering events" to sell their products … they simply provide lucrative "remuneration" to physicians for administering recommended and government approved vaccines .. with reported "bonuses" to those with high "compliance rates" in their practice .. that being an incentive for some pediatricians to "refuse' parents reluctant to vaccinate their child.

All VERY LEGAL of course … vaccines being exempt from all legal and financial liabilities.

WHERE ARE THE WHISTLEBLOWERS ON PUBLIC HEALTH AND VACCINE INDUSTRY CORRUPTION?????