Fear of the Known 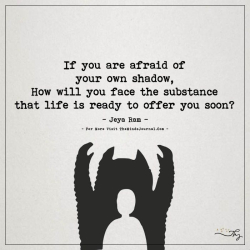 Right before we began our walk on a hiking trail, my daughter and I noticed a young family had the same idea.  The parents were in their late 20s and carried what looked like a picnic lunch for their little girls.  About to hit the same trail, we set off ahead of them.  At the beginning of the path, we saw a few other walkers in the distance but not nearly the same number of people we would typically see on a Saturday afternoon.  I loved it.

Well into the woods before we saw anyone else, every couple, family and single walkers we would encounter either waved or said a friendly hello to us.  Everyone looked so happy to be outdoors!  I know I was happy to be there.  My summer days are still busy, and finding time to go out with just one of my kids isn’t easy.  All week I’d been wishing for some quiet time with my youngest and finally got that on the 4th of July.

While together, we enjoyed listening to the birds, seeing a family of deer and listening to kids playing in a stream.  It was very hot that day, so we needed to be careful in the heat.  We stopped several times along the path to observe nature, to climb rocks, and to just take a break.  As we turned around to head back to the trailhead, we spied that same young family we’d seen when we started out.  I couldn’t see the mom around the bend, but we were a short distance, about 100 feet, from the father and the older girl.

Tired and hot from our long walk, I still smiled in their direction.  The girl, who was about 3 years-old, didn’t smile back.  About an arm’s length away from him, she immediately ran toward her father and buried her face in his leg when she saw us.  Strange, I thought.  I wonder what frightened her.  We’ve seen all sorts of animals in this area in the past, including snakes, so I assumed she’d caught a glimpse of something creepy near us.  I glanced to the right of me, behind me and to the left of me.  I could see nothing but trees, shrubs, and my own child.  Turning my head toward the little girl and offering another friendly smile, she cowered and yelled, “Daddy…people!!”

For as long as I can remember, going back to when I was a child myself, young children gravitate toward me.  I don’t know if it’s my dark eyes, my dark hair, my welcoming smile, or my general presence that draws their attention to me.  Even if I’ve made no outward sign to get a child’s attention, they try to get mine.  I won’t engage with a child when I’m out unless their parents are within sight and aware, because I would never take advantage of a child who’s dropped their guard like it seems they do when near me.  Stranger danger is real, but so are opportunities for random acts of kindness which I like to think these kids are feeling.

I had hoped I hadn’t “lost my touch” with this young girl, but her reaction was the opposite I normally receive.  Picking up on his daughter’s emotions, the father scooted off the path when he saw us.  We would’ve had plenty of room to maneuver around them had he not moved, but it was clear he wanted to create a greater distance between me and my child.  Still clinging to his leg, we were close enough to hear her whimper, "Daddy, people!"  For such a small thing, I was surprised at the great amount of fear I could hear in her voice.

I've seen children scared in public before.  A child whose lost his parents or a kid who's gotten hurt, but I've never seen or heard a child be fearful of encountering another human like this little girl was.  I wasn't shocked when her younger sister, who I estimated was 2 years-old, repeated the same actions, words and emotions, “Mommy! People!”  The girl wouldn’t wait for her mom to answer before she blurted out, “Go faster!  The people are behind us!”

During both encounters, my daughter and I were at a distance well beyond the recommended six feet all of us have been asked to maintain.  While giving them plenty of space, we made no indications that we were going to approach them, talk to them, or pay any mind to them.  Neither I nor my daughter made any attempts to contact them.  And we certainly weren’t giving off any vibes that we wanted to scare or harm them.  Of the 20 or so other people we’d already seen that afternoon, each person was courteous.  Hi, Hello, Nice day, Enjoy your walk were phrases we’d been heard.  Not screams of panic.

Convinced we posed a major threat, the parents had both stood motionless as we walked by.  They made no attempts to reassure their young children that they were in no danger.  Instead, both the dad and the mom pulled their daughters in as close as they could and said nothing.  I've seen a lot in my life, but I have never seen such displaced fear like I did on that hiking trail last Saturday.

My daughter looked at me afterwards and said quietly, “That was kinda strange.  I would think the mom or the dad would say something like that, not the little girls.”  I told her that I agreed.  Picking up that this family wanted nothing to do with us, I said, “I wished I’d asked what made them so afraid.”  There were also cautious of another family several hundred feet off the path near the stream, so it can’t have been directed solely at us.  From what we could tell, most people who had come out that day were exercising or going for leisurely strolls.  Everyone but this family looked and acted happy to be out.  They were, though, taking precautions while they out.  It was midday and almost 100 degrees, and both parents were wearing cloth face masks.  Wearing them didn’t seem to reassure them.

I will never know for certain, but they must have thought that they would catch COVID from us.  Like I won’t know what made each girl tremble, I won’t be able to tell them that they had nothing to fear.  We were not disease vectors.  We were just a couple of people enjoying a nice day out.

Not wanting my own child to begin to fear something unnecessarily, I said, “It’s always okay to be cautious of some thing or of some one, but we were not a threat to them.”  The thought of those young girls being so scared nagged me.  I put it out of my head like I would a bad dream.  This was supposed to be a fun outing for us.  Holding hands the rest of the way to the car, I thought of something new for us to talk about.

Several days later, we brought up what we’d experienced with my other kids.  They said that teaching children about strangers is important.  But planting a general fear of humans is damaging.  Based on the few facts we could supply, they thought the parents must believe everything the mainstream news is saying about COVID.  Depending on which news source you watch or read, there’s so much conflicting information out there.  I guess they’re really afraid, which is their right.  But to make their kids so scared of just another mom and another kid is really sad.  I can foresee that the fear they're already living is going to cause a lot of problems down the road.

What happens next for that family?  My guess is that they’ll continue will be suspicious of everyone.  They’re working hard to avoid people, including while outside, and have led their daughters to live in extreme fear.  Fear can serve a purpose, but not when it’s irrational.  In shrinking away from us and from others, that couple and their children lost more than a friendly hello.  They lost the ability to see that, even with everything going on today, good people still exist in the world.

The only bitchute link I could find for Rancourt's discussion of his paper was https://www.bitchute.com/video/9hVmEZLJmlTo/

For a different perspective on this so-called pandemic, see the following report (pdf can be downloaded): (https://www.researchgate.net/publication/341832637_All-cause_mortality_during_COVID-19_No_plague_and_a_likely_signature_of_mass_homicide_by_government_response). For a video interview with the author, see the following: (https://www.bitchute.com/video/l53wKJCW8JCi/).

It is interesting, but incredibly sad. You are right, I am sure, that they have been affected by the media campaign to instil fear, which has been so successful.

Some of my family and friends believe everything they see, hear or read. I find it very difficult to know what to say when my views are, often, the complete opposite of theirs. Luckily both my sons feel the same as I do.

Hopefully the fear will subside for everyone as the death rate decreases.

Thank you, Gary. The trauma from the panic and anxiety will last longer than the virus. This concerns me now more than COVID does.

A tremendously sad story. Real trauma those little ones have experienced. We hike every week, on strenuous trails trails with lots of climbing and descending. It wasn't until about two weeks ago that we began seeing people with those ridiculous masks, a dangerous thing climbing at altitude (we hike at 6-10,000 feet). Fortunately the majority do not do this, and some only put them on when they come near us, in the act of passing or being passed, but last Friday, we encountered a couple, and the man was deathly afraid of us, at one point going about twenty feet off the trail as we caught and passed them. The evil ones have too many perfectly normal people afraid of perfectly normal other people. I never imagined I would see such a thing in the land of the free and home of the brave. We're in trouble, America. Thanks, Cathy, as always, for your thoughtful posts.