COVID-19 & The Rollback of Liberty: Some Smell a Rat 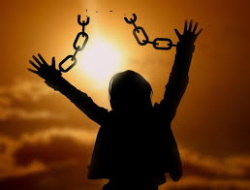 Now, more than ever, we need alliances and cross-pollination. Age of Autism is pleased to be both a content generator and a resource to help readers find the news Google doesn't want you to know about.   Dan Olmsted called the AofA family "The Rebel Alliance," and we are growing.  The timeline excerpt below is from Children's Health Defense.

From the moment of “COVID-19’s” naming—and particularly since the imposition of unprecedented restrictions on “life, liberty and the pursuit of happiness”—some people have smelled a rat. And with each passing week, the smell becomes worse. A growing chorus of ordinary citizens and world-renowned medical and scientific experts is raising questions about matters ranging from the coronavirus’s origins to the rationale for continued lockdowns ….

The mainstream media have shown themselves only too ready to lob ad hominem attacks against any and all such non-conformists. However, one does not have to be insensitive to the illness and deaths associated with COVID-19 to recognize that powerful agendas are riding on the coattails of SARS-CoV-2. …

To make it easier for the public to assess what is happening and what is at stake, Children’s Health Defense has put together [a] timeline of selected events.

May 18: The U.S. Department of Justice (DOJ) and 20 states file antitrust charges against Microsoft.

2000: Bill Gates steps down from his position as Microsoft CEO, and Bill and Melinda Gates launch their eponymous foundation.

2000: The Gates Foundation (along with other partners) launches the Global Alliance for Vaccines and Immunisation (GAVI), known today as Gavi, the Vaccine Alliance. The foundation has given $4.1 billion to Gavi over the past 20 years.

November: After initially losing the antitrust lawsuit and appealing the decision, Microsoft settles its case with the DOJ out of court.

November 2002: University of North Carolina-Chapel Hill (UNC) researcher Ralph Baric publishes a “breakthrough work” in gain-of-function research (studies that alter pathogens to make them more transmissible or deadly, see Notes above), describing the creation of a synthetic clone of a natural mouse coronavirus.

See the full timeline and more at Children's Health Defense.