Home Donate Contact Us Special Reports Science Email Subscription 2021 RSS Feed 2021 Our Mission
Harvard Law Prof Alan Dershowitz: You Have No Right NOT To Be Vaccinated
CDC Replaces the Horace Mann School of 1838 with the Harry P. School of 1369 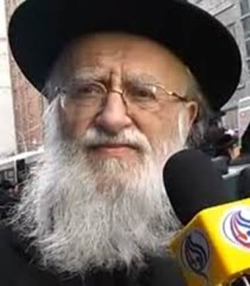 In my recent piece on Age of Autism Alan Dershowitz Says You Have No Right to Refuse A COVID Vaccine, I reported on the stunning comments by Harvard Law professor Alan Dershowitz that endorsed forced vaccination. One of the sources on Dershowitz that I cited was a New York Daily News piece he wrote on June 14, 2019. He was adamant that there is no religious right not to be vaccinated.

Dershowitz said this specifically about the Jewish faith:

I challenge any rabbi to debate me on the Jewish religious law regarding vaccination and communicable diseases. He will lose the debate because there is simply no basis in Jewish law for any such argument. Religion is being used as a cover for a misguided political, ideological, conspiratorial and personal opposition to vaccination. Don’t believe any rabbi who tells you otherwise.

New York Rabbi William Handler has been a courageous voice challenging mandated vaccination despite being attacked by the Washington Post and other media sources. I have interviewed Rabbi Handler a number of times and he was happy to answer the challenge.

This is his response to Alan Dershowitz:

Among Orthodox Rabbis who take Jewish Religious Law seriously, there is a spirited debate over the issue of vaccination.

There are two aspects to this issue:

On this question, there is a vigorous debate among our Rabbinical authorities, and many leading Rabbis have stated that, if someone is fearful that vaccines may cause his family harm, we have no right to compel him to subject his family to the clearly-documented risks of vaccination.

On this question, it is clear that we cannot quarantine a healthy person simply because he refuses to undergo a medical procedure.

The question arises only when there is a large outbreak of a serious disease. And, even then, many Rabbis state that you can quarantine only when there is a widespread Pandemic, where people are literally dropping dead in the streets, like the “Black Plague,” which wiped-out one third of Europe.

However, under ordinary circumstances, like the annual flu/pneumonia, when only a small percentage of the people are affected, and the overwhelming majority of people remain unaffected, you have no right to force people to expose themselves to the known risks of vaccination.

Vaccines, like all drugs, have documented risks, and that’s why they must be prescribed by Doctors who are qualified to weigh the risks vs. the benefits.

However, vaccines are unique in the field of drugs, in that, unlike drugs, vaccine manufacturers are exempted from lawsuits if their vaccines maim or kill you. Therefore, there is little incentive for vaccine producers to insure that their products are truly safe.

The only recourse for people who are seriously injured by vaccines, like the 500 people who were paralyzed by the “Swine Flu” vaccine a few years ago, is to sue the Federal Government in a special “Vaccine Court” that was legislated by Congress in 1986 to compensate victims who were seriously injured by vaccines. This Court has, to date, paid out billions of dollars to vaccine victims.

The Federal Government does not properly protect the public from unsafe vaccines, as has been clearly documented in expose after expose.

So, the bottom line is: When there is no widespread plague, we can’t compel our congregations to vaccinate.

As for “Rabbi” Alan Dershowitz, he is a lapsed Jew, who is no longer observant of the Jewish religion, and he is certainly not a qualified authority on Jewish Law.

Dershowitz's knowledge of Jewish Law is extremely superficial, as limited as mine on Buddhism.

The use of any artificial intervention prophylactically is questionable at best,

I challenge him to civil respectful debate

Del nailed him on a number of issues where a vaccine should be developed for the 1% of the population affected the elderly. Then based on what the vaccine has not been tested on he said people with coughs, obesity, medical conditions ,etc they shouldn’t have a vaccine HE AGREED.Well no religious exemptions at-all HE DEMANDS no faiths.So in Dershoville get fat, smoke 40 a day, and get yourself some Quack medicine’s and you will be exempt from vaccines …and hes a lawyer???Well done Del.

Dvorah Cohen,
Yes, and in the interview with Del, Dershowitz also used the use of quarantine in the Torah as justification for forced vaccination! When I used to go to a "fundamentalist" Christian church we were told you shouldn't interpret the Bible, but I soon realized that those who said it were usually interpreting more than anyone else! I understand Rabbis do believe in interpreting, but I can't see how anyone could equate quarantine with vaccination.

In the debate between Dershowitz and Del Bigtree, he greatly moderated his statement but sadly, words can't be taken back and his first words will be used against vaccine dissenters.

Dershowitz has a quasi-constitutional view, but then, so do most Americans, so it's not surprising. I hope he decides to educate himself on the subject of the constitution, perhaps through the work of KrisAnn Hall at Liberty First University. The constitution is her specialty.

Dershowitz also cites the Torah when justifying quarantining. Quarantine in the Torah was used in a very limited context, for symptomatic lepers who were diagnosed with leprosy by a kohayn. There is nothing in the Torah that justifies quarantining a-symptomatic, healthy people.

"So, the bottom line is: When there is no widespread plague, we can’t compel our congregations to vaccinate."

Unfortunately .. the "bottom line"issue is whether or not the government can mandate a vaccine to someone who absolutely refuses to be vaccinated .. it either a "yes" or "no" answer.

If an "exception" is made for a "widespread plague" .. the issue then is decided by those "defining" a wide-spread plague … rendering INFORMED CONSENT MUTE.

Perhaps the question should be …. IS INFORMED CONSENT A UNIVERSAL HUMANITARIAN RIGHT .. or .. DOES THE GOVERNMENT HAVE ABSOLUTE AUTHORITY TO IGNORE THE INFORMED CONSENT OF THOSE BEING VACCINATED?