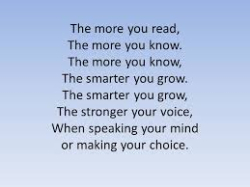 Today we have a "Best of" from May, 2016. Cathy is taking a well deser ve Covidcation from her Sunday AofA duties.

Struggling to understand why they weren’t healthier, I started to read about vaccines and the immune system.  Having never cared to research those topics before, I was a bit overwhelmed.  Not vaccinating came with risks.  But continuing to vaccinate carried equally disturbing risks.  I wasn’t just overwhelmed with what I was reading.  I was totally confused!

I walked away with more questions than answers each time I sat down to read or to look something up.  Blinded by the science, it took some time for my eyes to fully open.  Once they were finally opened, I didn’t stop the vaccine searches I was doing.  I continued to read more.

It was only after reading as much as I did about vaccines and after distancing myself from them that I could see that the practice of tricking the immune system to produce a response that would hopefully create life-long protection was somewhat preposterous.  Sadly, that realization came only after I had subjected my children to that practice.

The type of responses my children had to vaccines were not the ones the doctor or the pharmaceutical companies advertised.  Theirs resulted in negative responses, with Ronan being the worst response.  The loss of speech, the onset of seizures and debilitating developmental delays were what followed his vaccinations.  As bizarre as this may sound, those negative outcomes later contributed to a positive solution.  Instead of choosing to continue to follow the recommended schedule that was doing more harm than good, I confidently walked away from it.

I started on a new path when I left vaccines behind.  It took a great amount of time, reading, and confidence to come to the conclusion that they weren’t the right choice for us, but that choice has served my children well.  That choice has also served up some regret.  But I do believe it has a role in the overall healing process – if I didn’t regret what happened to Ronan, I don’t think I’d have worked as hard as I have for him nor for as long as I have.

I haven’t opted for them lately, but I still find myself reading about vaccines – not because I don’t know enough about them already.  I continue to read about them because I am frequently asked about them.  Young parents who learn that I’ve been vocal about the subject are curious about my stance and want to know more.

Surprisingly, many young parents know quite a lot already!

These days, when a new mom or dad is seeking me out they aren’t looking for a Vaccine 101 sort of lesson from me.  They’ve already done that sort of asking and the questioning.   They’ve already done the reading and the researching.  They come to me because they’re in a very difficult place.  About to their own tough decision about vaccines, they need encouragement to take the next step on their path:

To trust the doctor?  To continue to do more research?

I don’t envy them.  Those were that same questions that went ‘round and ‘round my head at one point, too.

When I’m being asked for advice I’m brutally honest.  I’m also sensitively aware - aware of the type of situation that these parents are in, aware of the high emotions that accompany it, and aware of the fallout from whichever option they choose.

So, I start with what I know and with what I’ve witnessed.  Then, I list what I’d do differently.  As the years have passed, that list has grown.  Most already have, but I ask the young parents to make sure that they’ve:

And if it’s an autism concern that a parent has raised, I ask them to read the list of studies that have an autism-vaccine connection.

Finally, I’d ask them to always trust their instinct.  And I mean always.

To vaccinate or to not vaccinate can be one of the toughest decisions a young or new parent has to make.  I can’t tell another parent what to do, nor will I, but I can tell them what worked for my family.  I can share what didn’t work as well.  I can encourage them to read, read, and then to read some more.  I can tell them to trust their gut and to never rush into a decision.

Whichever decision they make my not be the most popular decision nor one that family and friends want them to make.  Getting other people to respect a decision isn’t necessarily part of the process.  It certainly helps though, especially when those closest to parents appreciate the choice that’s being made, but it should never dissuade one from making the choice that they think is best for their children.

I want what’s best for children and tell those parents who seek me out that I completely understand the position that they’re in.  Because we’re not family, I can speak candidly.  And because I’ve found myself on both sides of vaccines, they know that I can speak from experience.  They appreciate that I was once pro-vaccine but am now vaccine cautious.  As they hear the reality of vaccines according to me as well as from other parents whose children didn’t fare well post-vaccination, parents recall our perspective and use it as a stepping stone.

Being asked to help a young parent is humbling.  It comes with a great amount of work and emotion.  I don’t mind the work, even if it means talking about my child who continuously faces difficulties.  The emotions that follow rehashing Ronan’s story can be filled with sadness and regret, but they temporary.  At times, those emotions can be tricky, but that’s because they’re reminders of a painful past down a road I wish that I’d never taken.

As painful as it is to bring those to the surface, when the emotions fade, I’m able to regain my confidence again.  When confidence returns, I see that I’m still on the right path.  That path is leading me and my children to better, healthier opportunities.  When I find that others discover that they, too, want to walk down that same path, I welcome them with open arms.

Graciously offering to be a source for those moms and dads, I remain brutally honest when I tell them what’s happened to Ronan.  I continue to be sensitively aware as well knowing the difficult decisions parents could soon find themselves facing.  But more than anything, I’m thrilled.  I’m thrilled to help those parents who are just about ready to start their own journeys down a new and better path.  And I promise to stay by their side as long as they need me.

Bill- they already know that those with a mitochondrial defect are more susceptible to autism and other neurological disorders following vaccination. CDC Director Juli G admitted as much after the Polling case. About 3-5% of children have this defect. All children /adults should probably be screened prior to vaccination but its probably costly and takes some time and they begin vaccinations on day 1 of life

An excellent recent podcast from Andrew Wakefield, with Brian Hooker. At some point they discuss the fact that the research has not been done into those children who do have adverse reactions.

You make a good point. There is no screening for who might be susceptible to injury or death and no research either that I've been able to uncover. Does't seem to be much will to do that. When I've mentioned it to people, including some professionals, they don't seem to think it's feasible.

One issue I see is that people don't realize how big the problem of vax injury is.

When I discuss the issue with pro-vax friends, and point out the Vaccine Court and the $4 billion plus paid in damages, they do understand that vaccines can injure and kill. But these friends do seem to think the problem is "rare" and that those who are injured or die are acceptable collateral damage. And they point out that vaccines do not cause autism (proven by vaccine court!), even if they may cause other problems in some people. I've also heard some doctors and nurses make this point, and they also seem to be on board with the idea of acceptable collateral damage.

Those who are compensated by vaccine court have to sign non-disclosure agreements and can not talk about their stories. Those who are not compensated (for whatever reason) are not believed. And any attempt to talk about vaccine damage, in any media (liberal, conservative, alternative, on-line, print, TV, documentary) is shut down, minimized, criticized, ridiculed...

Any possible doubts, whether or not well founded, about the safety of the vaccine cannot be allowed to exist.

In all my reading on the subject of vaxxxes, i have NEVER seen or heard a pro-vaxxx source talk about research into who should be exempt from vaxxxes and why. It seems to me that the class of cases in the Vaxxx Injury Compensation Court program should be fertile ground for all kinds of research into WHY SOME persons become vaxxx injured. But i see nothing along those lines. Or am i missing something?....