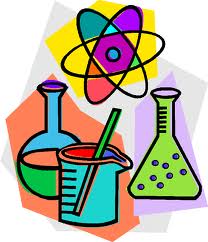 Arumugham, Vinu. (2020, April 25). Root cause of COVID-19? Biotechnology's dirty secret: Contamination. Bioinformatics evidence demonstrates that SARS-CoV-2 was created in a laboratory, unlikely to be a bioweapon but most likely a result of sloppy experiments. Zenodo. http://doi.org/10.5281/zenodo.3766463

Researchers at the Wuhan Institute of Virology (WIV) were using Human Immunodeficiency Virus (HIV-1) derived plasmids, cotransfecting them along with SARS-like virus derived spike gene plasmids, into human embryonic kidney (HEK) cells. This created pseudoviruses so that the experiment can be performed in a Biosafety Level 2 (BSL-2) laboratory instead of the BSL-4 required for SARS-like viruses. Their spike gene plasmid solution however, could of course be contaminated with SARS-like viruses due to inadequate purification, which infect the HEK cells. With HEK cells containing transfected HIV-1 genetic material, novel recombinant SARS-like viruses can be created with HIV-1 derived inserts. Such novel coronaviruses would have been exposed to laboratory workers and animals during handling, especially in a relaxed BSL-2 setting, thus resulting in SARS-CoV-2 and COVID-19.

Contamination is a fundamental problem that plagues drugs, vaccines, biologics, diagnostics and laboratory research materials. The biotechnology and pharmaceutical industries have done next to nothing about it. Egg, milk protein contaminated vaccines cause egg/milk allergy. Animal/plant/fungal protein contaminated vaccines cause the explosion of autoimmune disorders. Insulin injections are contaminated with yeast proteins which results in de novo autoimmune disorders. Rotavirus vaccines are contaminated with viable porcine circoviruses. Animal tissue and serum used in vaccine manufacturing are derived from animals infected by numerous diseases. And of course coronavirus infected animal material contaminating vaccines, cause IgE mediated sensitization against coronavirus proteins thus leading to COVID-19 severity. Products used in humans are supposed to be held to a “higher standard”. So what level of contamination can we expect in diagnostics and materials used in laboratory research?

The WIV was experimenting with numerous SARS-like coronaviruses (SARS-L-CoV). The HEK were grown using fetal calf serum. So their experiments were contaminated with SARS-L-CoV and its genetic material, HIV-1 and its genetic material, any bovine viruses in the fetal calf serum, human viruses in HEK and their genetic material. When a cell is infected with multiple viruses or contaminated with genetic material from multiple viruses, recombination can occur creating novel viruses. With millions of cells contaminated as above, the Wuhan laboratory (and other such laboratories) were incubators for novel viruses including coronaviruses such as SARS-CoV-2. The laboratories in China were also notorious for leaking viruses. So it was only a matter of time before a virus with human-to-human transmission capability would leak. It did, in November 2019.

Biosafety is a misnomer. These are biohazard laboratories. These laboratories, around the world, must be immediately shut down before they wipe out humanity with the next disease.

Has anyone checked out today's Guardian? Much worse the Idaho.

Well hard to know what really happened. We have heard so very much.
Most people will say we are tin hat wearers just becasue we even voice a suspcion that AIDS in Africa, AIDS in America, Lyme disease were all man made. Perhaps Ebola too? Perhaps more than we have even thought to guess.

WHO, CDC at first said no big deal, and I thought to myself "WELL! Since when are they not beating a drum to scare us to death about something evil this way comes" Hmmm, I thought back to 1976 and the series of 3 Swine flu vaccine, in which I got just one. After the Friday night news that said every body was getting paralyzed, (My best friend's uncle turned out to be one of them) Oh how some college boys were making fun of Dr. Otero during his class because of his s constant insistence that vaccines were always fairy dust safe. Well --- let me not get into that speech by a moonlighting professor for a Merck Lab. But if WHO and the CDC said not to be scared, well Bigtree voiced my very thoughts on that one -- time to be scared.

Something went on that scared the big, smart elites. They are willing to shut down the world to protect -- "themselves"

You are suppose to quarantine the sick people, not the healthy people and now it is all backwards.