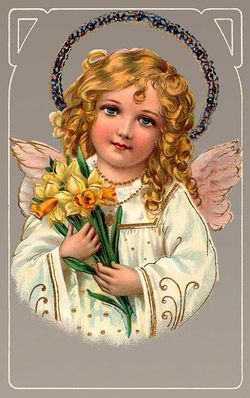 Lent is the 40 days (not including Sundays) from Ash Wednesday to the Saturday before Easter. Lent is often described as a time of preparation and an opportunity to go deeper with God. This means that it’s a time for personal reflection that prepares people’s hearts and minds for Good Friday and Easter. Source

I laughed out loud when I saw this meme two weeks into the quarantine.  It was so perfect, so timely, and so hilariously true. 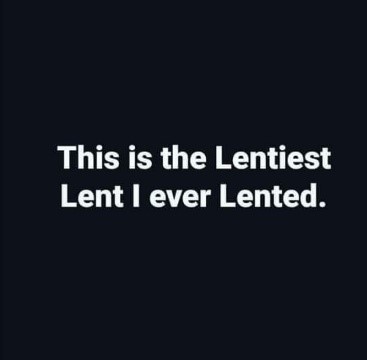 I wish I knew who to give credit to for that meme.  At the time, it truly was exactly what I needed to see.

For those who may not know, Lent is a time for Christians to reflect and to do without.  In preparation for Easter, we contemplate on Christ’s life.  A time for forgiveness, we can make a promise to do something better – if not for ourselves than for someone else.  A liturgical season that lasts for 40 days, we also selflessly give up something that means a lot to us.  My kids don’t love Lent, but each year they can’t wait to share what they’re going to give up.

Days before Ash Wednesday, when Lent officially begins, they go around the dinner table telling me and my husband all about it and why they’ve chosen that sacrifice.  Their sacrifices are much simpler than ones an adult would choose.  Giving up playing with LEGOs or giving up seltzer would be a breeze for me.  My kids are always curious what I will give up.  Sometimes I tell them.  Other times I keep it to myself.  At the end of our conversation, one of the kids always asks, “Does Ronan have to give something up, too?”

No, never, we tell them.

Through no fault of his own Ronan’s given up so much already.  To ask him to give up something that makes him happy would be cruel.  The kids agree and are glad they we’d never take away any of his games, favorite foods, or fun activities.

The siblings would love to get Ronan back some of what he’s lost.  The ability to speak again.  The ability to play normally again.  The ability to be a typical kid again.  It doesn’t matter how many years they’ve seen Ronan go without any of that.  They hope that one of those skills would re-emerge.  They know it could take a miracle, so they pray for one.  I pray alongside them hoping and wishing for the same.

Going without.  We’ve done that.  We do that all the time.  When Ronan can’t tell us why he’s hurt.  When he can’t complete the simplest of tasks.  When he tries and tries, but gets frustrated instead.  He doesn’t ever give up, but those moments where he just can’t are painful reminders of how much he’s lost.

You’d think that we may give up in those overwhelming moments.  But we can’t.  Where Ronan’s gone without, the siblings have risen up.  With all of us home now during this Lentiest Lent of all Lents, they’ve stepped up and helped him with daily living skills.  They’ve taken time to help him with his bathrooming needs.  They’ve selflessly helped with feedings and with keeping seizure watch.  They’ve been vigilant and protective.  They’ve been compassionate and caring.  They’ve been incredibly silly, too, and kept Ronan happy and laughing.  Lent is supposed to be a somber time.  But it never could fully be our house.  In order to keep Ronan’s spirits up, we must keep ours up also.

The siblings will someday have their own lives to live, but today, they live fully with their brother.  They give from their heart.  They give him what he needs.  They step in when asked and do so without question.  They’d give him the world if they could, and I’d let them, too. 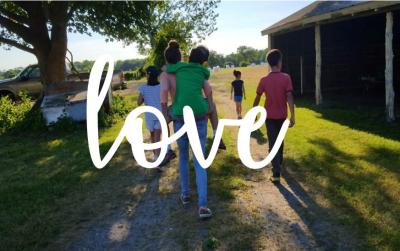 You are the ultimate parent, Mark.

Thank you for this beautiful piece, Cathy.

Suffering and hope are two sides of the same coin. Living with our adult son with autism 24/7, knowing he could pass the virus to my wife and I and it prove fatal, is the ultimate deprivation.

There is simply no way out. How ironic?

If offered a way to sacrifice my life in exchange for a chance to erase our son's neurological damage, I would sign up right now. No other questions asked.

Unfortunately, all 3 Abrahamic religions have already ascertained the same conclusion.

Serving God means serving one another. Nobody gets out of here alive.