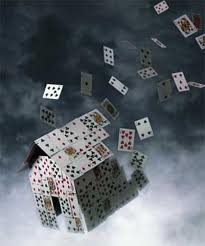 I found this stunning piece from a New Jersey paper on the recent expansion of the autism rate in America.

Despite the latest findings, especially for New Jersey, the reporter was indifferent to what was being discussed: the ever-increasing numbers.

“Researchers monitored ASD prevalence of 11 states participating in the Centers for Disease Control and Prevention’s (CDC) Autism and Developmental Monitoring (ADDM) Network in 2016, the report said. The autism prevalence rate for New Jersey was approximately 1 in 32, or 3.1 percent, compared to the ADDM average, approximately 1 in 54, or 1.85 percent.”

No need to worry New Jerseyans. Your state is on top in the autism numbers for a good reason.

In a piece that should have been had the headline, Rutgers expert raises alarm over stunning new autism numbers, Chung quoted Zahorodny saying that there’s “greater awareness” behind the increase but also some “underlying environmental risk factors are likely at play.”

That comment was at the end of the story with no follow-up. Reporter Chung had no interest in what those “environmental risk factors” might be, so the subject was dropped.

Check out the definition for phenomenon.

A fact or situation that is observed to exist or happen, especially one whose cause or explanation is in question.

A remarkable person, thing, or event.

Tell that to the parents changing the diapers on their twenty year old nonverbal son or the parents of the growing number of autistic children who wander away and drown or the thousands of parents with autistic children in Britain on waiting lists just for a place in school there because they can’t keep up with rising demand.

And if Joanne Chung really knew what a reporter’s job was all about she’d have researched Zahorodny’s background and discovered that in 2012, eight years ago, he admitted in a NY radio interview THAT VACCINES CAN CAUSE AUTISM.

I first wrote about Zahorodny in 2015 and referred to his views several times over the last five years.

Here’s what he said on the air in 2012 in response to a question: ‘Vaccines don't play a significant role in autism increasing. Some small number of children probably do have autism because of an adverse vaccine reaction, but they don't make for the overall rise.’

Zahorodny said this in 2012. Since then I have often seen him cited in the press as a top expert looking in autism. He’s been quoted talking those seemingly unknowable “environmental risk factors.” (Most of the time that’s explained away as older moms/dads.)

Zahorodny has had at least EIGHT YEARS to figure out what’s behind the explosion in autism and he’s no nearer an answer today than he was in 2012.

So I guess we’ll just have to be content to stand by helplessly as more and more and more children fall victim to autism. We can look forward to Walter Zahorodny’s update from the epicenter of autism pandemic, New Jersey, in 2022 because, as Chung told us, that state’s numbers are the most accurate.

The horrifying reality that everyone should consider is this: What if New Jersey’s numbers as really the rate for the whole country? What if the increases are never going to stop until there isn’t an unaffected child left standing?

With regard to Dr. Zahorodny, or to any doctor, or to any person who knows the truth about the major culprit with regard to the autism epidemic, and so many other relatively-new epidemics of childhood, specifically vaccines, which are destroying children, families, schools, people of all ages, the viability and survival of our nation, and literally the future of humanity, but who choose/refuse to publicly state the complete and unmodified truth which they have come to know, I urge you to please listen to this video in its entirety, with a special focus on that which is stated from the 8:00-8:45 minute markers:

Not only does Dr. Rashid Buttar courageously and heroically speak truth to power and evil, but so does Dr. Judy Mikovits:

https://m.youtube.com/watch?feature=youtu.be&v=GJb-g8ZB4xo (I have yet to find the time to watch this 2-hr. talk, but I have had many fellow, trusted activists tell me it is excellent)

Dr. Zahorodny gave an interview to Safeminds in May 2018 when the rate was 1 in 59: he doesn't address cause, but he at least sounds the alarm. He calls autism a 'true public health crisis". He does come out and say directly that the increase is not attributable to better diagnosing. And he says that we should do research into environmental causes. No one else is saying that.

I suspect, as an Associate Professor of Pediatrics at Rutgers, he might lose his job if he even suggested vaccines were the cause of the increase in autism. He would certainly lose all the credibility he has as an expert. It's hard to be a whistleblower - anyone heard from Dr. William Thompson lately?

This is a Rutgers student newspaper written a Rutgers student contributing writer. And the only reason it got any ink was because Zahorodny is a Rutgers expert. It would be interesting to know what Joanne Chung's personal experience is with autism. She's probably in her early 20's and grew up with the rise in autism and it might be "just autism" and its no big deal.

Did any MSM interview Zahorodny? NO. Its just autism and we have been conditioned to ignore the epidemic. Its inflicted; not contagious.

Zahorodny has been the only one of many current CDC ADDM Network grantee principle investigators willing to even speak up at all about the environmental implications of raising autism prevalence rates. Kudos to him.

If you want real change, I would suggest you focus on exposing the corrupt data manipulation and messaging by top CDC officials within the ADDM NETWORK who control the narrative.

God help our children .. there is nothing more dangerous to the health and safety of our children then having a faux "expert" like Walter Zahorodny occupying a critical position in determining the CAUSE OR REASON autism rates continue to increase .. year after year … and that pretend "expert" remain IGNORANT OF WHY THE AUTISM RATE CONTINUES TO CLIMB.

NOTHING MORE DANGEROUS … NOTHING WORSE THAN A MAN WHO ABSOLUTELY REFUSES TO IDENTIFY THE ONE OBVIOUS "ENVIRONMENTAL" CONTRIBUTING FACTOR TO AUTISM'S RISE … VACCINES.

How is it possible for this man to be identified as a "top autism Rutger's researcher" when he FAILS TO DEMAND THAT CRITICAL STUDY OF VACCINATED V UNVACCINATED POPULATIONS ….

How does he sleep at night .. and .. how does Rutgers justify keeping him in his present position after YEARS OF DOING ABSOLUTELY NOTHING TO MERIT HIS EMPLOYMENT???