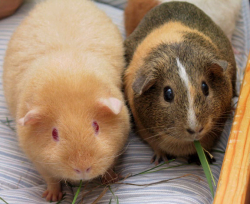 Next week Over Vaccine Group begin human testing for a COVID-19 vaccine with a with a view to marketing by the autumn. The speed of the process may be accelerated by the fact that Professor Pollard who heads the OVG is also advisor to the the UK's licensing body, the MHRA, and chair of the JCVI, the body which recommends vaccines to the British schedule. He very likely also sits on the British government’s mysterious Scientific Advisory Group for Emergencies.  Age of Autism has been higlighting the manifold and apparently contradictory roles of Prof Pollard for more than four years. In 2014 as recently appointed chair of the JCVI he recommended Bexsero meningitis B vaccine of which he was lead developer to the UK infant schedule, leading to a sudden leap in its commercial prospects. Even the package insert discloses serious dangers for Bexsero including a 3 in 1000 risk of Kawasaki Disease for an infant having three doses.

While Pollard and likely the British government's plans rush forward many scientists have questioned either the wisdom of the COVID-19 vaccine or how fast one could be brought to the market. On the present time scale we will know nothing of the long term effects. Tests will be carried on healthy people 18-55 but rolled out for children, the sick and the elderly. It will be trialled against "a control injection" not genuine placebo, (in fact a Men ACWY vaccine). At present we do not even know if the disease itself results in long term immunity or any immunity against all the other mutations which are beginning to proliferate. Meanwhile, the OVG promotes discussion about whether vaccination should be made compulsory. Indeed, if it were it would be Prof Pollard's committee which would decide what every man, woman and child in the United Kingdom would receive, and would not be able to refuse.

This is Pollard’s most recent disclosure in the JCVI minutes:

Professor Pollard receives no personal payments from the manufacturers of vaccinesHe is Director of the Oxford Vaccine Group in the Department of Paediatrics, University of Oxford and has current research funding from the Bill and Melinda Gates Foundation, the National Institute for Health Research, the European Commission, Medical Research Council, Wellcome Trust, InnovateUK, Meningitis Research Foundation, and the Global Alliance for Vaccines and Immunisation. Hechairs the scientific advisory group on vaccines for the European Medicines Agency and is a memberof WHO’s SAGE.Other investigators in the Department conduct research funded by vaccine manufacturers and theDepartment has received unrestricted educational grant funding for a three-day course on paediatricinfectious disease from Gilead, and GSK in June 2019.

While it is inevitable that any scientist is going to be an enthusiast for is or her own research the long term indifference of the British government to traditional checks and balances is deeply concerning, and no less so at this difficult time. 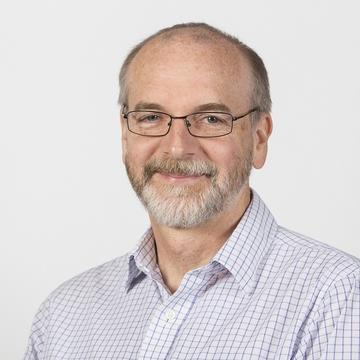 Professor Andrew Pollard, Vice Master of St Cross College, is the Chief Investigator on a new study developing a possible vaccine for COVID-19. The 'ChAdOx1 nCoV-19' vaccine, as it is called, was developed by a team of University of Oxford researchers based on an adenovirus vaccine vector. A collaborative team from the Jenner Group and the Oxford Vaccine Group is now recruiting over 500 healthy volunteers for clinical trials of the vaccine. While applications for volunteers have closed, those interested in volunteering for future COVID-19 studies can register interest here.

Pollard is one of a team of academics, which includes himself, Professor Sarah Gilbert, Professor Teresa Lambe, Dr Sandy Douglas and Professor Adrian Hill, who began the project on Friday 10 January 2020. Pollard said, ‘Starting the clinical trials is the first step in the efforts to find out whether the new vaccine being developed at Oxford University works and could safely play a central role in controlling the pandemic coronavirus that is sweeping the globe.’

You can read more about the study here.

I don't believe anymore it is a pseudo crisis: week 14 mortality in London for instance was x2.5 normal but that does not mean we should be rushed into doing something that could easily make everything worse.

As discussed before it seems much less a killer than previously exaggerated projections...but Pollard wont let a pseudo-crisis go to waste when there are vaccines to be made and spoil the health of the public.

Footprints of the invisible enemy
Why a study showing that covid-19 is everywhere is good news
If millions of people were infected weeks ago without dying, the virus must be less deadly than official data suggest

Actually, 90% of UK citizens had the good sense to avoid the Pandemrix vaccine, which I am sure was also favoured by Andrew Pollard since he was involved in trials

So much hangs on the dimwittedness of politicians. We have an intractable and devastating problem, but as usual they think vaccines will come to rescue. They don't even get that many vaccinologists think it is a tall order, that it may never happen and probably ought not to - certainly not with six monthe development period for a disease which we still do not remotely understand.

https://www.aol.co.uk/news/2020/04/16/health-minister-dorries-forced-to-clarify-lockdown-comments-afte/
UK Government Health Minister Nadine Dorries:-
"There is only one way we can 'exit' full lockdown and that is when we have a vaccine," she said.
"Until then, we need to find ways we can adapt society and strike a balance between the health of the nation and our economy."
She rounded on broadcaster Piers Morgan, who said her suggestion the UK would be in "full lockdown" until a vaccine was developed was an "astonishing break" from official Government statements.”

It's very worrying for UK citizens. Health Minister Nadine Dorries, (herself recovering from Covid-19), has stated UK lockdown must continue until a vaccine becomes available. Health and Social Work Secretary Matt Hancock has not said publicly where he stands on a Covid-19 vaccine, but he supports mandatory child vaccinations.
Apparently the Oxford team have stated their vaccine will be available this autumn, subject to satisfactory human trials. There's NO WAY this short timescale can possibly ensure the vaccine has no long term contraindications.
It seems no-one in the UK has learned from the hastily rushed GSK Pandemrix vaccine for the H1N1 Swine Flu 'epidemic' which never materialised. Large numbers of child victims developed Narcolepsy from this vaccine; most in the UK are still fighting for compensation.
UK stats make it clear in 9 out of 10 Covid-19 deaths, the patients had at least one other co-morbidity; most had several.

Of course, we are of the generation that grew up in the shadow of WW2 and the Holocaust but we have to make allowances for the time and history which has elapsed. “Herr” may just mean “Mr”, it may mean “sir” or of course it may even mean “Lord”. It would not surprise me if Pollard was destined to become a Lord (British style). A German friend use to quip about the Pharmaceutical Republic of Germany but over here we have become the United Kingdom of Pharma or more specifically GSK. When COVID first appeared on the Eastern horizon our simmering Secretary for Health and Social Care, the Rt Hon Matt Hancock, immediately let it be known that he was releasing funding to research a vaccine when what we needed to be able to do was test for the viruses presence and protect health staff. Three months later we can’t do that. Thank you Matt.

Uk version of Wuhan soup anyone?

Thanks John ,a very good article . A cac-handed conflagration of mice and matches at work!
Do these chumps at Oxford not know about fire tornadoes !

Then perhaps Take a break watch a movie ? or do a dance?

"Meanwhile, the OVG promotes discussion about whether vaccination should be made compulsory. Indeed, if it were it would be Prof Pollard's committee which would decide what every man, woman and child in the United Kingdom would receive, and would not be able to refuse."

Instead of calling Polllard "professor" he should be called "Herr" Pollard .. "Herr" being a title or form of address used of or to a German-speaking man, corresponding to Mr. and also used before a rank or occupation. You know .. like Herr Hitler or Herr Mengele.