Home Donate Contact Us Special Reports Science Subscribe by Email Subscribe to RSS Our Mission
Worried About Sickness? Here's a Bottle Opener for the Bottom of Your Sandal!
The True Cost of Autism with Dr. Toby Rogers 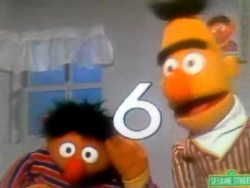 Note: Excerpted from Children's Health Defense. I took a look at the package insert for this new 6 in 1 vaccine called Vaxelis.  Take a look at the contraindications for yourself.

Severe allergic reaction (e.g., anaphylaxis) to a previous dose of VAXELIS, any ingredient of VAXELIS, or any other diphtheria toxoid, tetanus toxoid, pertussis-containing vaccine, inactivated poliovirus vaccine, hepatitis B vaccine, or Haemophilus influenzae type b vaccine.(4.1) •Encephalopathy within 7 days of a previous pertussis-containing vaccine with no other identifiable cause. (4.2)•Progressive neurologic disorder until a treatment regimen has been established and the condition has stabilized.

How does one KNOW if one is going to have a severe allergic reaction if there is no test for who may be susceptible? This vaccine contains both yeast and soy.  And Each 0.5 mL dose contains 319 mcg aluminum from aluminum salts used as adjuvants.   There's an admission that pertussis vaccines can cause encephalopathy. "With no other identifiable cause,"? What doctor has ever said, "Oh! That's a vaccine injury, Mom."  In fact, world "renowned" doctors testify in vaccine court on behalf of the pharma companies that this type of injury is so rare as to be negligible.  Would autism be considered a progressive neurological disorder and what would doctors call a treatment regimen: early intervention??

The childhood vaccine schedule in the U.S. features numerous combination vaccines—formulations that bundle multiple antigens for multiple diseases into one injection. Examples of combination vaccines currently given to American children include Merck’s four-component ProQuad vaccine against measles, mumps, rubella and varicella and Sanofi’s five-in-one Pentacel vaccine against diphtheria, tetanus, pertussis, polio and Haemophilus influenzae type b.
The inclusion of Recombivax raises an instant red flag, given that it contains a problematic proprietary aluminum adjuvant possibly linked to serious autoimmune conditions.

Now, the U.S. is preparing to up the combination vaccine ante still further. At the close of 2018, the FDA approved the nation’s first six-in-one (hexavalent) vaccine—a Merck and Sanofi joint effort called Vaxelis intended for infants at ages two, four and six months. Like hexavalent vaccines given to infants in other countries, Vaxelis combines the five components featured in Pentacel along with Merck’s genetically engineered Recombivax vaccine against hepatitis B (HepB).

The inclusion of Recombivax raises an instant red flag, given that it contains a problematic proprietary aluminum adjuvant possibly linked to serious autoimmune conditions. In fact, when a Merck cyberattack in the summer of 2017 temporarily forced Recombivax out of the U.S. pediatric market and American children received GlaxoSmithKline’s HepB vaccine instead, annual reports of HepB vaccine-related deaths to the Vaccine Adverse Event Reporting System (VAERS) dropped by roughly 75% and injury reports halved.    Read more at Children's Health Defense here.

A review of data from the Vaccine Adverse Event Reporting System (VAERS) further shows a dose-dependent association between the number of vaccine doses administered simultaneously and the increased likelihood of hospitalization or death for an adverse reaction. The 6 in 1 Hexavac and 6 in 1 Infanrix hexa as well as the 5 in 1 pentavalent vaccine used in India are all linked to babies dying. The mortality rate among the vaccinated babies in the first 48 hours after a vaccination with 6 in 1 Hexavac was 2.5 times higher than the average mortality in this age group. The 6-in-1 vaccination Hexavac was first licensed for use in Europe in October 2000 but suspended Hexavac five years later after a detailed analysis suggested that children who received the vaccine in their second year of life had an elevated risk of sudden death.

Hepatitis B given alone is linked to deaths and an exception to multiple vaccines given at once which may be due to the AAHS adjuvant in Mercks version as death rates fell approximately 75% when they switched to GSKs non AAHS version. AAHS is the same adjuvant used in the problematic Gardasil...

GSK seems to have a right hold on Italy . Beatrice Lorenzin ?
And Italy is the country in the world on most lockdown.
Does anyone know if a test for the Wuhan virus exists or not ?
Everything I read says there is no test in existence.
PCR is notoriously difficult & easily contaminated ?

Point #14 from my "Why Is This Legal Presentation", pertinent to this discussion, is cut and pasted below:

"Why is it legal to inject multivalent vaccines, meaning more than one vaccine in one syringe, and/or multiple vaccines at once, be they monovalent, multivalent, or a combination thereof? When an adverse reaction occurs, administering vaccines in such a haphazard, reckless way makes it impossible to trace it back to a specific vaccine. Babies and children are given a number of trivalent vaccines in the form of the MMR, DTaP, and Tdap vaccines, and worse, there are now pentavalent and hexavalent vaccines being given to infants and toddlers, which involve administering 5 or 6 vaccines via one syringe (DPT-HepB-Hib and DPT-polio-Hib-HepB). What are the effects of doing that? Unbelievably, they have not been studied in any meaningful way, if at all, but the results can be seen in the even higher rates of adverse reactions when multiple vaccines are given at once. For but one example of a meaningless and unethical “safety” study, the “control” used for Sanofi Pasteur’s Pentacel vaccine (DTaP + polio + Hib) was the same 5 vaccines (DTaP + polio + Hib) given via 3 shots. I am not making this stuff up! You can Google vaccinesafety.edu to find a listing of vaccines and their package inserts. I encourage you to read through just 1 per night for the next week to see for yourself the absolute proof that there is no proper or ethical studying or approving of vaccines…none. Furthermore, the majority of adverse reactions that are actually admitted are written off as of no importance. For example, more than 50% of those receiving Pentacel, following any dose during the 3-dose study, experienced fussiness/irritability and inconsolable crying. Those are the only means an infant has of communicating, and should be taken very seriously! They are signs that something is wrong, and should not be brushed off or categorized as not serious. More than 30%, following any dose of Pentacel, experienced injection site reactions, including tenderness and increased circumference of the arm. If your baby was bitten by a spider, would you write off tenderness and an enlarged arm as no big deal? No, these are symptoms that something harmful has happened. Other adverse reactions included fainting, changes in mental status, and seizures. The category “Serious Adverse Events” was not used until reactions such as bronchiolitis, dehydration, pneumonia, gastroenteritis, encephalopathy, asthma, and deaths, 5 of them in a relatively small sample group, were mentioned. Are those risks that any thinking parent would take if they were properly informed of them? Think of the careful consideration that is supposed to be given when a person is taking more than one drug at a time. Why is this same consideration and caution not taken when injecting multiple vaccines at one time, be they in 1 syringe, 3, or up to 8, as can happen at a “catch up” appointment? And bear in mind that for each infection that is being targeted, the vaccine for it might contain multiple strains of that infection, further increasing the viral and bacterial exposures for the child. When in nature is a human ever exposed to so many infections at once? How do you think an infant or toddler, whose immune system is immature and still in development, is going to handle such a barrage of toxic, viral, and bacterial assaults? More importantly, why is this legal?"

To watch/read my presentation in its entirety, click here:

They know damned well what they are doing, and hiding. After all, it was none other than GSK's hexavalent vaccine, infanrix hexa, still licensed and used in Europe, which an Italian court ruled in 2014 was causal in a girl's autism. In Italy, vaccine-makers are not shielded from liability in the same way as they are here. Discovery in this trial coughed up GSK's 1,271 page confidential report from their clinical trials, which showed a rate of serious adverse events among the recipients (requiring an ER visit or hospitalization) of 5.4%, including 1.2% (5/466) with an autism diagnosis.

It says that you will have a reaction to this vaccine if you have had a previous dose of this vaccine or any of the one of six that is in it!
That is what it is saying.

So, if a child gets this one, is this it?
It don't have to have the recommended five doses by five of the DTaP, or any of them afterward?

They don't seem to care, no caution cause they are not responsible.

Nothing to worry about .. Vaxelis is a VACCINE .. and if there is anything we know with scientific certainty … the BENEFITS OF ALL VACCINES FAR OUTWEIGHS ANY RISKS.

I am puzzled by constant … 24 - 7 hour national media coverage of Coronavirus .. where public health officials breathlessly report the latest confirmed case of Coronavirus .. with an update on the number of people who have DIED? ALREADY BILLIONS HAVE BEEN ALLOCATED TO CONFRONT THIS LATEST VIRUS. Apparently our media and public health officials are extraordinarily concerned the public fully understand how dangerous exposure to Coronavirus can be .. and the constant recording of victim numbers is critical for public to know so as to prepare the country for the possibility of a VACCINE to save us all.

Imagine the coverage and PANIC should Coronavirus be 1 in 35 people??? Perhaps more than the BILLIONS ALREADY ALLOCATED WOULD BE DOUBLED OR TRIPPLED TO FIND A SOLUTION TO THE VIRUS???

Nah .. in my lifetime I have witnessed first-hand autism increasing from 1 in 10,000 to 1 in 35 … and these very same public health and media in a complete PANIC over Coronavirus … never so much as raised an eyebrow .. instead they have calmly reassured public autism hasn't really increased .. we are just better at diagnosing it.

Odd how that works no???