Home Donate Contact Us Special Reports Science Subscribe by Email Subscribe to RSS Our Mission
All Hands on Deck For Vaccine Bills Across the USA
Ilene Schwartz in The Seattle Times: We owe more to kids with developmental disabilities

Neonatal Nurse on Vaccines: We are Destroying an Entire Generation of Children 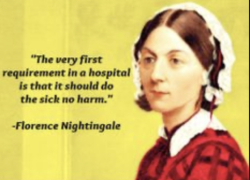 Michelle Rowton is neonatal nurse practioner, specializing in the care of children ages 2 years old and younger. She has worked for over 17 years working in NICU, with pre-mature and sick babies.

Michelle Rowton does not herself give vaccines to babies.

She recently sat down and conducted an interview with Polly Tommey during the VAXXED II film bus tour.

Michelle relates that in her undergraduate training to prepare her to be a nurse, that the only thing she was taught about vaccines was how to give the injections.

When she was in graduate school studying for her master’s degree to become a neonatal nurse practioner, she says she was taught “coercive rhetoric” to get the parents to agree with vaccines.

Michelle discusses her early years of working in the NICU with premature babies, and the negative effects vaccines would have on these babies.

Polly then relates how vaccine apologists in the medical field will rationalize giving vaccines to young babies by stating that they have seen many deaths related to vaccine-preventable deaths among unvaccinated babies.

So she asks Michelle how many of these deaths by diseases that are allegedly prevented through vaccination that she has seen during all her years as a nurse, and she replies, “zero.”

They’re lying. Especially when they bring up chicken pox. I’m like, what nation were you in when that happened? Because it hasn’t happened here.

Michelle also works as a Functional Medical Nurse practioner in the field for the past 7 years, where her focus is working with babies out in the field.

I moved out of the hospital and into the clinic, because I got to the point where I thought, this is the same thing over and over again. Yeah, I’m really good at putting in central lines, and putting in chest tubes, and saving these critical babies.

When they get to the convalescence stage, it is terrible what we’re doing, and everybody’s doing the same thing.

I can have more effect out in the community, in having these babies from birth until two – no antibiotics, no ear infections, no medications, setting them up for life to have a far less chance of autoimmune disease, chronic disease – all of that kind of stuff.

That’s what I want to do now.

Michelle has three children of her own, all unvaccinated, and never been on antibiotics.  READ MORE HERE.

Michelle's talk is heart breaking. I don't know why I was so shocked with what she said, but I was. The health care professionals that vaccinate premies should be charged with malpractice.

Morag,
Thank you for sharing that very moving story about the loss of your brother. As you and your mother discovered, there have been many others who have been treated the same way, in those days. Is it any better now? Not much I fear.

Excellent presentation,medicalised monstrosities and atrocities have no safe place left to hide their medical ethical and moral standards !

Children's Hospital of Philadelphia
How can we still use a Fetal Cell Line from the 1960's to make vaccines today - Short video with Dr Stanley Plotkin .

Proof not anecdote ! I still have my brother's birth certificate from the mid-ish 1950s but no death certificate ever issued !
Born Glasgow Rottenrow Maternity Hospital . Some name for a maternity hospital right enough?
Rotten in name and left festering, suppurating and mired in it's own clinical standards !
Breech delivery ,born early, weighed 2 lbs . Mum told baby would be born dead, but baby did not die ,mum was not told her son had survived and never got to see him.
Dad got to see him in special care but mum not told her baby son had survived .
Strict visiting rules meant families could only visit for one hour Saturday afternoons .
Eventually told baby had died and "Remains had been disposed of " Medical entry states baby born such and such a date ,several days later , entry states unfortunately baby died .
That's all says in the medical records which I obtained in 2013 .
There was a memorial service for these babies in Irvine in 1993 .mum was astonished and horrified so many women were treated the same as she was .
Rottenrow Doctor [name witheld] told ma dear mother it was just as well her son had not survived, because if he had, he may have been very handicapped !
Damn their medical ethical and moral standards "Away tae hell in a handbasket with them"
Perhaps if dear Dr Andrew Wakefield ever needs new identity papers in a hurry , I have a birth certificate here that would be a perfect fit for him !

After a cancer d/x I began self studying immunology. From text books used to educate doctors to published papers. What I found from the textbooks was shocking. Going from highly technical discussions of immunology in other chapters, the vaccine section reads like junior high textbook science and gospel preaching the benefits of vaccines with zero uncertainty. Immunology sections on neonatal immunity have a couple of paragraphs of mostly nothing. There is no question Big Pharma has significant input into these textbooks ensuring the ignorance of an entire generation of medical professionals.

On the published paper front, although lip service is given to the benefits of vaccines, one can read the significant uncertainties in the science that researchers hope can be resolved “to make better vaccines”. Obviously, if you don't adhere to the beliefs of the vaccine religion no research dollars for you, but they still are allowed to shed light on the unknowns, so they must bow at the alter in front of the high priests of vaccines to get the dollars for research.

New information is discovered every year in immunology. At one time everything revolved around humoral immunity which is what vaccines are based on (producing antibodies). Recent discoveries show the importance of cellular immunity and its memory, and the importance of the innate immune system which is trained after responding and defeating natural infection. Newly discovered immune cells which act like helper T Cells but with innate receptors bolsters the weapons of the innate system.

Its also been learned that neonates and infants naive immune system supported by maternal antibodies acts to suppress inflammation as it learns to recognize self from non-self. Too much inflammation and the undeveloped immune system may attack self resulting in life long autoimmunity. Vaccines to this age group stimulate inflammatory responses and goes against the natural development of an infants immune system. But the science (religion) is settled. Those who pushed for Hep B vaccines for new borns and vaccines for pregnant women deserve a special hotter place in Hell, and similar accommodations here on Earth.

I would be proud if Michelle was my daughter. A caring professional with goodness. She has such great awareness.

Michelle reminds me a good bit of my daughter in appearance. Such a calm, intelligent and courageous woman, this Michelle. Thank you Michelle.

I didn’t understand the part about chickenpox, it seemed to be saying Not here, children never died of chickenpox here. In reality, it wasn’t often, but some did. There were about four million cases a year, like measles, with a hundred deaths a year, fifty in adults and fifty in children. And when you ask nurses how many cases of VPDs they have treated and they say None, you need to factor in to what degree that’s because most children get most or all of the recommended vaccines and create some degree of herd immunity. Up until the introduction of the Hib vaccine in the late ‘80s, all pediatricians had treated cases of Haemophilus influenza disease which were often fatal even with timely hospital treatment.

This is just to say that there are dangers in not vaccinating as well as vaccinating, and parents need to be aware of them, be prepared to act appropriately when contagious disease occurs, and be aware that there is no guaranteed safe path to take with or without vaccines.

I’d also like to say that I was wrong about coronavirus, trusting too much in that study about certain genetically-determined receptors found among the Chinese. New diagnosed cases of coronavirus were reported yesterday in Italy, the UK, France, Germany, Spain, Iran, and Israel which were increases of nearly fifty percent from the day before. And mortality has been way over two percent in several countries.

Israel has announced that it’s three weeks away from finishing a vaccine for coronavirus and it will be ready to go in three months. We won’t get it, but I think most people will.

This wave of coronavirus is projected by many to end by the end of April. New cases are way down in China, but just getting started in other countries.

If the vaccine seems to be effective once it’s introduced, without a high rate of severe reactions in the short term, wouldn’t it be natural for most people to get the vaccine? Could you blame them?

Again … I am extremely hopeful when the end of this PANDEMIC OF VACCINE MADDNESS comes .. it will be SWIFT .. just as the end of the Berlin Wall .. when OVERNIGHT .. thousands of people stormed that damned wall and removed by hand .. brick by brick. No one predicted nor saw the end of the wall coming … and … THAT IS EXACTLY WHAT I HOPE AND PRAY HAPPENS TO VACCINE MADDNESS.