Home Donate Contact Us Special Reports Science Subscribe by Email Subscribe to RSS Our Mission
LA Times Goads Citizens During COVID-19
The King's Face in the Moon: An Interview with Toby Rogers Part 2 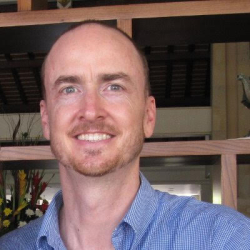 Note: I don't mean to be snippy, but WE had an epidemic long before C19 came around.  And all the troubles facing families in Europe, the USA and elsewhere, have been SOP when you have one (or more) children of any age with autism. We also have no treatment. No cure. And.... no prevention. Our children die too young. We're alone a LOT.  We stay inside and avoid public places. Careers have been sidetracked, income decimated, savings devoured, healthcare lacking, schools unable to educate and????  We're mocked left and right. Onward, friends. Thanks to Anne for this terrific interview.

Thanks to the incredible work of political economist, Dr. Toby Rogers, we’ve gotten a preview of what the nightmare epidemic is going cost us in the very near future, as I reported in my Mar 11th coverage of Dr. Rogers on Del Bigtree’s Highwire interview.

Here is a follow-up Skype talk I recently had with Dr. Rogers:

“My doctoral research is relatively straightforward. Anybody can read these studies. I gathered the best cost estimates from economists from around the world about the costs of autism.

“We know that autism is devastating financially to families, particularly to mothers who often become caregivers.

“We’re looking at a trillion dollars a year in costs for autism in the United States within five years.

“I think there are multiple answers for that and none of them are good. We’re trying to understand a very strange social phenomenon.

“I don’t quite know how things go astray with elected officials, but in the social science literature they say that knowledge is socially constructed. We would like to think that we all just are governed by the facts, and that we all follow logic and reason.

“The social science literature shows that that’s not actually how knowledge works. The way that knowledge works is that we’re all social creatures, and so we look for cues to other people. We look at other people in our social group and how they’re thinking and acting.

“And our financial position influences this too, right? The old Mark Twain quote where it’s difficult to get a man to understand a set of facts if his salary depends on not understanding them. Well, I think that’s happening with elected officials too.

“What we’re trying to dismantle in the work that you do and the work that I do is this socially constructed worldview that there’s nothing to see here. We all know that we’re in the midst of extraordinary epidemics of childhood illness. It’s not just autism. It’s [also] autoimmune disorders, it’s arthritis, it’s life threatening allergies, it’s asthma, diabetes, cancer.

“I think it’s not going to be linear or gradual. It’s all going to tip in a short space of time. I feel like we’re on the verge of this tipping point where elected officials and the media are going to wake up. They have to because U.S. society is headed over a cliff right now if we don’t do something to stop these epidemic of childhood illness.

“In my research I show extraordinary harms from Tylenol,selective serotonin reuptake inhibitor antidepressant and then just this bloated, grotesque U.S. vaccine schedule that’s really based on profits for the pharmaceutical industry and was never based on the health of children or the wellbeing of our society.”

Well as soon as the CDC gets their raspy voices healed up from sounding the alarm about the coronavirus 19; I am sure they will wear those voices right back out again over the new stats of the ever rising autism numbers.

If they only knew how to do their real job of collecting data and stats.

I would love to give them a hint on how to do that job: Public school records!

Kim,
I just have to say, I love your Note at the top of this post. Sums it all up so well.
I have a much greater chance of being killed by my son with autism during this stupid Shelter-In-Place order than I do of contracting or dying from C19. Nobody cares.
Thank you for continuing to speak up about this irony and utter lack of support for our kids and our families.

All Trump would have to do to 1)”own the libs” 2) spare millions any further economic hardship 3) contain the virus w/ treatments just as they did in China and 4) probably get re-elected would be to swap #FailedFauci for Dr Mikovitz, or Dr Lyons-Weiler or any of the hundreds of vaccine risk aware experts in this community. Will he do it? Probably not because it would mean kissing Pharma support goodbye and making the world admit vaccines cause autism. I really hoped he had bigger cojones!

11% of students have disabilities identified with autism -- U.S. Department of Education’s Office of Special Education Program

Thanks, Anne. In five years, a cost larger than that of the defense budget. Yet they sit on their hands. I think he is right that we will soon reach a tipping point. It will be a time of great teeth gnashing and finger pointing, as most of the politicians will rush to blame someone, anyone. Following the lead of the CCP on this coronavirus outbreak, a piddling affair by comparison, does not bode well.

The question I haven’t hear during all this, is will this pandemic persuade the Chinese government to finally put as much effort into modernising these meat markets and food production in general, as they have put in to modernising their other industries? The cost of relying on pharma solutions is crippling, as we have found out with the current on going epidemic of autism.

Most of the influenza and corona mutations appear to originate in situations where different animal and human viruses have ample opportunity to exchange genetic material with each other.
This will require new legalisation and the creation of large and expensive projects. Yet this pandemic has proven, that reform of the Chinese food industry complex has become an over riding economic necessity for the whole World. And at heart, the Chinese seem to love big expensive projects and the bigger and more expensive they are, the more they love to boast about them.

Currently, China export tones of pork to earn foreign revenue, whilst many of its people still eat bats and other wild game (although even I like a bit of variety). Their farming methods too, could do with more separation of the species and better hygiene practises. In Canada it is still illegal to sell Haggis containing lung material, harking back to the days of uncontrolled tuberculosis. Is it not a long recognised principle, that breeding grounds for diseases should be the prime focus when it comes to controlling diseases that emanate from them. Some parts of the world achieved a greater reduction in the incidents of malaria, not by spraying but by educating the people to drain any standing bodies of water and not to leave things laying around which rain water could collect in, like old automobile tires. It nipped much of the problem in the bud.

This pandemic involving these types of viruses will not be the last one. Therefore, whilst the current pandemic is still ongoing and causing so much disruption to every-bodies lives, I think the this issue should be brought up every time Corona or Flu is mentioned, don’t you?

The cost is staggering beyond belief and unsustainable.The worldwide view from the WHO to follow China and hold up the beleifs of that country,a country of genocide..what would they do to our disabled kids if they were put in charge which I can see coming if not already walking up our shores.

Coronavirus warning: UK must 'ramp up' use of 'army surveillance' like China, says WHO

Anne .. many thanks again for covering the "incredible work of Dr. Toby Rogers" .. his diligent investigation and warning of growing autism COSTS that threaten the future financial stability of nations .. including the USA … will be remembered throughout history as an UNHEEDED WARNING THAT COULD HAVE PREVENTED DISASTER. Dr Roger's warning:

“I think it’s not going to be linear or gradual. It’s all going to tip in a short space of time. I feel like we’re on the verge of this tipping point where elected officials and the media are going to wake up. They have to because U.S. society is headed over a cliff right now if we don’t do something to stop these epidemic of childhood illness."

Being on the "verge of this tipping point" may explain Paul Offit's remarkable observation regarding response to Coronavirus PANDEMIC:

If ever there was an opportunity for Offit and vaccine cabal to regain the LOST trust and confidence in vaccines .. even by those who administer vaccines .. a VACCINE FOR CORONAVIRUS WOULD BE IT.