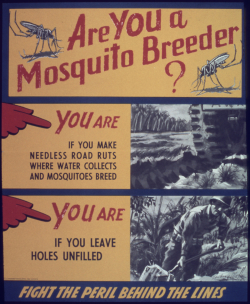 Thank to The Highwire for posting this report.  If there has been a serious breach in ethical standards on a program to eradicate malaria, a disease man has been fighting forever, can you imagine what might happen in order to get a Coronavirus vaccine out quickly to the masses?  Our Dan Olmsted broke the story of the dangerous malaria drug Lariam with his writing partner Mark Benjamin almost two decades ago. As always, we miss his presence and his take on this current situation.

“Experts are troubled by the apparent lack of informed consent in a large, cluster randomised study of the malaria vaccine. Peter Doshi reports

A large scale malaria vaccine study led by the World Health Organization has been criticised by a leading bioethicist for committing a “serious breach” of international ethical standards. The cluster randomised study in Africa is already under way in Malawi, Ghana, and Kenya, where 720 000 children will receive the RTS,S vaccine, known as Mosquirix, over the next two years.123

Mosquirix, the world’s first licensed malaria vaccine, was positively reviewed by the European Medicines Agency, but its use is being limited to pilot implementation, in part to evaluate outstanding safety concerns that emerged from previous clinical trials.3 These were a rate of meningitis in those receiving Mosquirix 10 times that of those who did not, increased cerebral malaria cases, and a doubling in the risk of death (from any cause) in girls.2“

CLICK HERE TO READ THE FULL ARTICLE AT THE BMJ.COM

Sonia Shah wrote a very good book called The Body Hunters: Testing on the World's Poorest Patients. The upshot is that while horrendously dangerous tests have been performed on many people, poor or not, well-informed or not, the bottom line is that there IS no ethical way to perform these tests. She discusses dozens of tests over a long period of time, many aspects of them. Is it ethical to allow your control group to just suffer and die when you have good reason to believe that the drug being tested would have saved them? At what point should you make the decision to finish the test or end it and give everyone the drug? What if it's expensive? Who has the moral obligation to pay for it? What about animal testing? It has very little application to humans and has inflicted the most obscene suffering on billions of animals. Is it a slippery slope: if you have been corrupted to the point that you think it's OK to torture animals, you may not have that hard a time approving it for humans if you can just tell yourself It's for the greater good. What does informed consent mean? Just knowledge of the pharma narrative?

I was startled to learn that the process of deciding what drugs can treat what is one of hit or miss. They develop a new drug and then go through a long process of discovering what symptoms it might treat: they could be anything or nothing. And of course all of them have side effects.

I found The Body Hunters too sordid and depressing to finish: I read up to the last fifty pages. I think her book Fever is more interesting, the history of malaria. In the last chapter she discusses the outcome of successful efforts to curb malaria in tropical countries, but the overall outcome of poverty and misery, increased due to fewer deaths from malaria, is depressing and makes you wonder what the answer is.

From this WHO report: https://www.who.int/wer/2016/WER9104.pdf?ua=1
and if I am reading correctly(???) other vaccines were used as controls. I just don't understand why they don't study on kids in Boston, Minneapolis or Seattle? Why do Drug companies experiment on the 3rd world? That's a rhetorical question.

The Phase 3 trial of the RTS,S/AS01 vaccine enrolled 2 age categories of children, aged 6–12 weeks and 5–17 months at the time of first vaccination. There were 11 trial sites across sub-Saharan Africa. Study partici-pants were randomized 1:1:1 to receive 4 doses of RTS,S/AS01 (R3R), 3 doses of RTS,S/AS01 followed by 1 dose of control vaccine (R3C), or 4 doses of control vaccines (C3C). The 3 initial doses were given at monthly inter-vals, with the 4th dose at 18 months after the 3rd dose.16The group vaccinated at 5–17 months of age were followed up for about 4 years, on average, and the group vaccinated at 6–12 weeks for about 3 years. The control vaccine used for the first 3 vaccinations was the MenC conjugate vaccine in the 6–12 week category, and the rabies vaccine in the 5–17 month category. For both age categories, the MenC conjugate vaccine was used as the control vaccine for the 4th dose. The characteristics of the vaccine and the findings from this trial and from Phase 2 trials where RTS,S/AS01 has been evaluated together with the vaccines from the Expanded Programme on Immunization (EPI), are described in the following sections. The trial populations had high coverage with LLINs, with around 80% rate of use of these nets and good access to diagnosis and treatment facilities, in both the intervention and the control g roups.

I wonder how much more confident the public would be if the “go-to” guy concerning the response efforts to Coronavirus were Dr Jon Poling rather than Peter Hotez?

In recent decades, GlaxoSmithKline has been working on a new antimalarial vaccine, and the results of the trials of the new vaccine were published in The Lancet in a blaze of publicity. The vaccine provided 18–36% protection against malaria, more than any other previous vaccine. Christine Stabell Benn and Peter Aaby scrutinized the research results and found that the vaccine did not reduce mortality. Overall mortality was 24% higher among people who had been vaccinated against malaria compared with unvaccinated individuals. “A vaccine that protects against malaria that does not reduce mortality makes no sense. We therefore asked GlaxoSmithKline for access to the original data and found that the vaccine reduced mortality among boys by a modest 15% while doubling the overall mortality rate for girls. This was the SIXTH non-live vaccine that we associated with increased mortality among girls – exactly as we had seen for other non-live vaccines,” says Christine Stabell Benn. The researchers published their alarming findings, but WHO is now rolling out the vaccine in Africa. https://www.sciencenews.dk/en/vaccines-an-unresolved-story-in-many-ways

...Recipients of the malaria vaccine are not being informed that they are in a study. And the extent to which parents are being given information about the known safety concerns before vaccination is unclear. What information parents are provided with in practice is hard to judge. WHO sent The BMJ some training information that it says it has shared with country partners about Mosquirix’s potential risks. The material lists the increased rates of meningitis and cerebral malaria observed in trials and states that they will be monitored. But the potential for increased risk of death among girls is not mentioned. When asked why the female mortality signal was not included, WHO cited “insufficient evidence to classify gender specific mortality as a known or potential risk.”

"Mosquirix, the world’s first licensed malaria vaccine, was positively reviewed by the European Medicines Agency, but its use is being limited to pilot implementation, in part to evaluate outstanding safety concerns that emerged from previous clinical trials.3 These were a rate of meningitis in those receiving Mosquirix 10 times that of those who did not, increased cerebral malaria cases, and a doubling in the risk of death (from any cause) in girls.2"

It is probably just cynical old me .. but .. "increased cerebral malaria cases, and a DOUBLING IN THE RISK OF DEATH (from any cause) IN GIRLS … sounds like, looks like, acts like POPULATION CONTROL.

“An implied consent process is one in which parents are informed of imminent vaccination through social mobilisation and communication, sometimes including letters directly addressed to parents. Subsequently, the physical presence of the child or adolescent, with or without an accompanying parent at the vaccination session, is considered to imply consent,” said a WHO spokesperson."

George Orwell's "newspeak" .. where WAR IS PEACE .. DIVERSITY IS STRENGTH .. LOVE IS HATE .. has officially become that language of the WHO … where IMPLIED CONSENT IS INFORMED CONSENT.