Over and Over Again 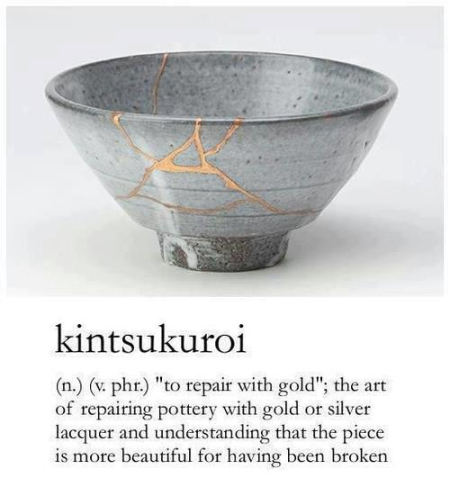 This is an old memory.  Originally written in the fall of 2014 for a different audience, I’ve edited it for our AofA readers today.

I wanted you to know I love the way you laugh

I wanna hold you high and steal your pain away…

‘Broken’, from the band Seether

Those are the first two lines of a song I’d never heard of.  Ronan played it on his iPad last night.  Playing songs isn’t an unusual pastime.  Some of the Youtube clips that Ronan chooses and frequently goes back to are from TV shows and movies he watched before he got sick.  I like it when Ronan rediscovers those musical memories.  It reminds me of a time when he was healthy, active and on track with his development.  Every now and then, though, we’ll hear Ronan pick something that he’s never played – and that we’ve never played in front of him before – like that Seether song.

Curious, I listened to it a few times.

There's so much left to learn, and no one left to fight
I want to hold you high and steal your pain…

I find that when Ronan gets “stuck”, he plays certain movie clips over and over and over again.  When he does that the kids ask me why.  Could he be hurting, Mom?  Maybe, I speculate.  Does he really like that song that much?  He must, I answer.  Could he be trying to communicate to us?  Absolutely!  I do believe that now because we’ve heard him play other songs  that have described an event or an emotion perfectly.

That old habit of putting songs and movie sequences on repeat can be bothersome to the rest of us.  Not only is Ronan hearing the line of a movie or song on repeat, but so are we.  Even though it can be a tad annoying, those are his favorite lines, scenes and memories.  We can’t and won’t take them away.  Most days, we believe he chooses them to soothe himself.  He used to not know how to calm himself down and would tantrum instead.  Having the ability to self-regulate is a helpful skill for a lot of people, including those with autism and vaccine injury.  As I reflect on some of the struggles Ronan has had in the past, I think no wonder he spent so much time searching for and listening to certain Youtube videos.  On the day that he picked the Seether song, it was a tough day for him.

Ronan woke up very tired.  He fought me at wake up.  He also fought his sister when she tried to help, too.  He started the day with his dukes up and did everything to not cooperate with us well into the morning.  As the day progressed, he also showed some behaviors that typically warn us that a seizure is coming.

Ronan was incredibly slow that morning.  He needed more physical assistance moving in and out of the car to therapy.  It took him longer to up and down the stairs and to complete an activity.  He had no desire to join us in anything that afternoon when we got back home.  Then, he started to gently push on his eyes and stroke his hair—two signs we know are precursors to seizures.  Around dinnertime, when Ronan curled up on the couch instead of wanting to join us at the table to eat, I asked the kids to help with seizure watch.  Sitting seizure watch is never easy.  The kids don’t like that we have to do it, but it’s an emotionally-taxing reality for our family that must be done.

After dinner, Ronan found his iPad and went back to playing his favorite clips.  That’s when I heard him play that Seether song.  I didn’t think anything of it at first.  Until he played it again.  And again.  And then one more time after that.

‘Cause I’m broken when I’m open

And I don’t feel like I am strong enough…

Some of those lyrics fit right in with how some of Ronan’s day played out.  I recalled how hard it was for him, and wondered if that song he chose to play wasn’t so random after all.

Technically, Ronan is non-verbal.  Yes, he can sign, write and type words, but he is not yet able to speak and have conversations.  Deciphering what he is going through can be difficult.  Loudly and clearly, those lyrics he chose to play finally spoke to me that night.  He’d been showing me all day how he felt.  He’d been telling me with his behavior that something was definitely off.  Only later, through music, did I really figure it out.

Despite everything, Ronan was able to find the right words.  The next time I hear a random song coming from his iPad, I promise that I will tune in quicker.  Music has always been a lifeline for me; I love that it became one for my son as well.

There is no greater amount of guiltful knowledge.

Cathy-how touching. I wonder if you can reach out to the artist he would hopefully be quite moved.

Cathy-My son loves music too! He will play certain songs that he loves on YouTube all the time and he sways and bops his head to the music and is really enjoying it. He loves all kinds of music too, classical, music from the 50s and 60s, jazz, folk, and he has many favorites. I think music speaks to them and is a very important part of life to them just as it is for most of us. Music is a universal language that speaks to us all. I have always loved music and it has always given me great pleasure. Our guys feel the same way and I think it is wonderful!

We also have learned that our now twenty year old non-verbal loved one LOVES music .. for some reason his favorite appears to be BILLY JOEL … and … whenever in the car he always wants to hear HIS FAVORITE SONGS .. apparently … MUSIC IS A UNIVERSAL LANGUAGE WE ALL RESPOND TO