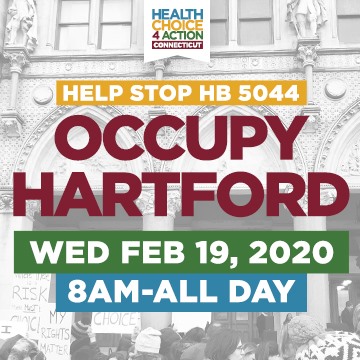 On what grounds do a mere 1300 cases of measles nationally become a problem needing government to interfere with the rights of parents? Didn’t the vast majority of infected children recover conferring immunity for a lifetime? Since many who caught the measles were also vaccinated, what evidence is there that the MMR vaccine actually prevents it for the vast majority? And what has this got to do with the coronavirus and influenza, other than the false implication that getting some 70 shots by the time a child is six years old somehow strengthens their immune systems?

Actually, there is plenty of evidence that the opposite is true. America’s children are the least healthy of any generation since WWII; chronic diseases among all ages are way up and increasing rapidly (e.g. autism, Alzheimer’s, asthma, diabetes); children from countries with far less resources are healthier and more fit than most of ours; male sperm counts in North America and Western Europe have declined by over half from 1973 to 2011 reflecting a sharp decline in male health; 70 percent of those who volunteer for our military are not accepted due to insufficient mental or physical capacity.

In short, the U.S. is the most medicated, vaccinated, wireless connected, overfed and fattest nation on earth, and one of the least fit. We consume most of the world’s barbiturates, anti-depressants and other drugs both legal and illegal. Our food has roughly half the nutritional value than it had a half century ago. Large corporate monocultural farming practices which fail to replenish the soil with diverse nutrients are among the major reasons.

But another constant in declining national health is the rapid escalation in the type and number of vaccinations recommended by our government and interest groups (lobbyists) representing the medical, insurance, and pharmaceutical industries, all of which make boatloads of money when more people are sick. In their almost maniacal pursuit of profits, these industries have seen to it that no research has been conducted to prove the safety of our vastly expanded vaccine regimen since 1986 legislation held the industry harmless from vaccine safety litigation.

How come our mass media have not looked into this? The simple answer is: Follow the money! Roughly half of pediatrician income comes from vaccinations, euphemistically called “well-child visits”. Over-vaccination in turn guarantees lots of chronic lifetime sickness which begets good profits for not only vaccine manufacturers but the entire healthcare industry. With healthcare’s billions in profits the industry can (1) heavily advertise drugs and medical products on TV (70% of TV advertising dollars come from the pharmaceutical and medical industries) and (2) pay millions to lobbyists and politicians to keep the gig going, while citizens pay for it through healthcare fees that continually outpace the rate of inflation.

All this is to say that citizens like those in CT today must vigorously resist power grabs by government through wrong-headed policies that industry lobbyists seeking profits purvey on the basis of weak if not fake science. The truth is that vaccines are not necessarily good for you, and if some happen to work for some individuals, more is not necessarily better, not when their safety hasn’t been proven.

The bill would leave only medical exemptions for children whose immune systems are compromised, who have cancer, or who have had an adverse reaction to vaccination in the past. The last reason is one Dr. Richard Uluski hasn’t seen very often.
-------------------------------------------
To be fair to Richard Uluscam, he hasn't worked as a doctor for long, he has spent most of his working life in open cast mining ! Or else he would be a bare faced liar ? or and idiot ?

Thank you ,very important and serious issues .If this could happen in America it could easily follow on in the UK as well ?
"No thank you" to medical mandates really means "No" Not as long as grass grows and water runs !
It would appear pharmaceutical profit merchants and politcs are more afraid of religious beliefs and personal faiths than vice versa in Health, Dance, Music, Sport ,Politics .

Dance - What Does it Take To Be A Shen Yun Dancer. YouTube
www.the guardian.com>news..shen-yun-falon-gong tradition .
The traditional dance troup china dosn't want you to see 12 Dec 2017

Music How often does it need to get hammered home! We are free people! we have choices!
Runrig -Edge of the world . YouTube
or in Gaelic - Runrig & Paul Mounsay , An Toll Dubh YouTube

Sport - The best ever rendition of Sunshine on Leith . YouTube

Be polite and keep smiling as you say what you mean with your clear refusal of medical mandates !