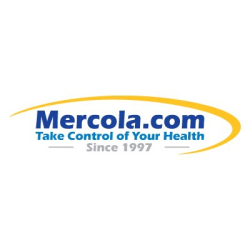 Chances are you’ve heard the news about a new and potentially lethal coronavirus.1 Ground zero is Wuhan City, Hubei Province in China. As of February 2, 2020, mainland China reported2 a total of 17,187 confirmed cases, including 2,110 severe cases and 362 deaths (including a retired doctor working with coronavirus patients in Wuhan3).

The first case was reported in Wuhan on December 21, 2019. According to ProMED International Society for Infectious Diseases:4

"Patients' clinical manifestations were consistent with viral pneumonia. Most patients had severe and nonproductive cough following illness onset, some had dyspnea, and almost all had normal or decreased leukocyte counts and radiographic evidence of pneumonia.

Huanan Seafood Wholesale Market has western and eastern sections, and 15 environmental specimens collected in the western section were positive for 2019-nCoV virus through RT-PCR testing and genetic sequencing analysis. Despite extensive searching, no animal from the market has thus far been identified as a possible source of infection."

On January 21, 2020, the U.S. Centers for Disease Control and Prevention confirmed the first U.S. case5 — a patient in Washington state who had recently visited Wuhan, China. A second case, in Illinois, was confirmed January 24, 2020.6 This patient had also recently returned from a visit to Wuhan. As of February 2, 2020, there were 11 confirmed cases in the U.S.7

Since then cases have also been reported in at least 23 other countries,8 including Canada, Australia,9 Japan, Thailand, South Korea,10 France,11 Taiwan, Vietnam, Singapore and Saudi Arabia.12 Globally, there were 14, 557 confirmed cases and one death as of February 2, 2020.13

January 22, 2020, China shut down all transport networks in and out of Wuhan — a city with a population of 11 million — in an effort to contain the spread of the disease.14

So far, most of those who have died have been elderly. As reported by the Foreign Policy Journal:15

"One puzzling aspect so far is the thankful lack of child victims. Usually, children, with less developed immune systems than adults, come down with one illness after another …

Yet few children have yet been reported with coronavirus symptoms. That does not mean that no children have been infected. A similar pattern of benign disease in children, with increasing severity and mortality with age, was seen in SARS and MERS.

SARS had a mortality rate averaging 10 percent. Yet no children, and just 1 percent of youths under 24, died, while those older than 50 had a 65 percent risk of dying. Is being an adult a risk factor per se? If so, what is it about childhood that confers protection?"

The Foreign Policy Journal goes on to suggest children may be protected by other vaccines given during childhood, such as the measles and rubella vaccines. It even goes so far as to wonder whether innate immunity against the coronavirus might be boosted in adults by giving them the measles vaccine.

If you ask me, that would be a significant long-shot. Vaccines have risks, so getting a vaccine on the remote chance that it might confer protection against a completely different infection than what it's designed for seems inappropriate in the extreme. As noted in the Washington Examiner:16

Of course, we're never going to get everyone vaccinated. And I'm guessing here, but that average death rate from vaccination, for all things, is one in a million.

Yes, that's including those influenza shots the old folks are abjured to get every winter — we know that some will die because of them. That we know this is exactly why we have the vaccine compensation program …

The … trade-off in this situation is how many we kill by giving them the vaccine, versus how many die without it? The coronavirus is simply not widespread enough yet to take the risk of jabbing everyone."

I am not sure that we are getting the full story out of China?

No epidemic goes on forever. And that holds for the coronaviruses as well. The vast majority of those who have caught the novel coronavirus have recovered or will recover. In addition, when we're talking about whether every person in the world runs a substantial risk of dying if he doesn't get the future vaccine, it's very important to make a risk/benefit analysis. It appears that, for the most part, only elderly Chinese men with preexisting conditions are those who are dying of the coronavirus. So far not a single person who is not of Chinese background has died of it. Men who fall into this group will have to decide whether or not to take the vaccine.

To establish universal need for such a vaccine, you'd have to establish very high mortality in every country and every kind of people. And even then, you'd have to allow individuals to take it or leave it. You cannot guarantee the safety for each individual of that or any other vaccine. While there might at some point be such a disease, this one is not it. This epidemic will run its course when everyone in its ambit either dies of it or has antibodies to it from natural exposure. Like all epidemics.

Eindecker, John and Fred, maybe this has already been posted, but I find Dr. Francis Boyle's interview https://greatgameindia.com/transcript-bioweapons-expert-dr-francis-boyle-on-coronavirus/which I found compelling, perhaps because of confirmation bias. Dr. Boyle's final comment speaks to my bias:
Dr. Francis Boyle: "Well, basically I’m blackballed and blacklisted off all the mainstream news media here on purpose. As far as I can figure out, the US government gave an order that I should not be interviewed by anyone, so I’m not."

When Washington Post was researching for its exclusive on the "Afghan Papers", WAPO was denied information by the Government, "because the public is not entitled to this information [the truth]". And there we have it.

Thank God Almighty(TGA) for Age of Autism, John Stone who believe earth inhabitants deserve the unvarnished truth. TGA for Bob, Laura Hayes, and too many others.

The big problem here is that every time you get a new virus you are trying to propel to market a speculative product with little testing - it cannot be that anything very much could be established either about effectiveness or safety, and frankly if a vaccine had a fatality rate of one in a million it would be doing rather well (but at least they could all be dismissed as coincidence). In the swine flu fiasco the British public rejected the vaccine big time - the DH ordered 132 million rounds and 6 million were taken up. And boy weren’t they right!

Meanwhile at Event 201 the fat cats sit on their jolly Corona virus plush pillows (what a souvenir!)

John why not go for broke "The point was that if you vaccinate the global population there would be bound to significant mortality from that alone, even on an optimistic basis probably thousands. lets say a few hundred thousand, or a few million!! Your crystal ball must be very perceptive to make such a statement about something that doesn't exist yet...
In the meantime 24500 cases and 500 deaths, have a look at the graphs, no sign of any tailing off yet, it's still accelerating https://www.theguardian.com/uk

Thank you for your comment regarding Palforzia. I did a little research, and found the following:

"How effective is Palforzia?

Are there side effects associated with Palforzia treatment?

Yes. During the PALISADE trial, 14.5% experienced systemic hypersensitivity reactions compared with 3.2% of placebo patients. Aimmune claims that of those that experienced reactions, 98.2% were classified as “mild” or “moderate” and included nausea, itchiness in the throat, and vomiting.
The research showed an almost tripling of the risk of an anaphylactic reaction (9.4%) during the time the patient is building tolerance to reach the maintenance dose compared with placebo (3.8%)."

Note the paragraph regarding side effects...treatment group vs. placebo group...yet, this drug has been approved. Insane.

One has to wonder who the study subjects were. Which parents would volunteer their peanut-allergic children to be exposed to peanut flour?

The point was that if you vaccinate the global population there would be bound to significant mortality from that alone, even on an optimistic basis probably thousands.

The quote about a coronavirus vaccine killing 7,000 people ("as noted in the Washington Examiner") comes from an opinion piece. I knew something didn't sound right:)

"In January 2018, China's first maximum security virology laboratory (biosecurity level 4) designed for the study of the world's most dangerous pathogens opened its doors — in Wuhan.41,42 Is it pure coincidence that Wuhan City is now the epicenter of this novel coronavirus infection?"

Shouldn't THIS possibility be rigorously investigated IMMEDIATELY .. after all is said and done … literally MILLIONS UPON MILLIONS of dollars will be spent seeking a vaccine, treatment, hospital care …. on and on …. due to a MAN MADE VIRUS????

Just yesterday read about a "new treatment for peanut allergies":

"PalforziaTM is a type of oral immunotherapy that works by desensitizing children to peanut protein. Patients eat a controlled amount of peanut protein in the medication every day and slowly build up their tolerance. Over time, many children see a reduction in the severity of their allergic reactions, allowing them to live life with more confidence and without the risk of a deadly reaction."

“This therapy is the first FDA-approved therapy for desensitizing children and teens with peanut allergies,” said Jonathan Spergel, MD, PhD, Section Chief of CHOP's Food Allergy Center. “While it’s not a cure, it will allow patients to live their lives with less fear of having a serious or fatal reaction to accidentally ingesting peanut protein.”

Seems like Children's Hospital of Philadelphia .. (Dr Offit's hospital) is anticipating HUGE profits from "Palforzia" as it is expected to cost $890.00 per MONTH for the 2% of children today with peanut allergies .. a HUGE market for a product probably created by VACCINES .. which are the GIFT TO PUBLIC HEALTH THAT KEEPS ON GIVING.

Love the use of 2% of children rather than an actual NUMBER OF CHILDREN MOST LIKELY IN THE HUNDREDS OF THOUSANDS … FOR AN ALLERGY THAT WAS UNHEARD OF IN MY OWN CHILDHOOD WHERE PEANUT BUTTER AND JELLY SANDWICHS WERE REGULAR LUNCHES.