Home Donate Contact Us Special Reports Science Subscribe by Email Subscribe to RSS Our Mission
A New Decade in The Age of Autism
From CORVELVA: EXPLOSIVE NEW PUBLICATION BY STANLEY A. PLOTKIN 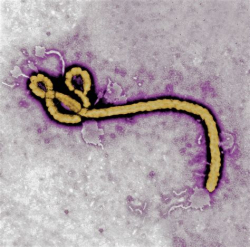 It can’t get any worse, can it?

With the news of the approved Ebola vaccine by the FDA, many questions arise. Will it shed, is it a live virus, will we see Ebola outbreaks on our shores? While I can’t answer those questions conclusively, I do want to bring to your attention something that has been brewing in the background for several years.

It wears a black hood & cape, wants to remain anonymous and no hero to those who fall victim to vaccine injury or death. There is another federal program, hardly known to the public. And one that I do not wish upon anyone.

The federal program, CounterMeasures Injury Compensation Program (CICP) is lurking in the darkness and hiding undercover at The Department of Health and Human Services (HHS).

The Public Readiness and Emergency Preparedness Act (PREP Act) authorizes the Secretary of Health and Human Services (HHS) to establish the Countermeasures Injury Compensation Program (CICP) in 2010.[i]

A countermeasure is a vaccination, medication, device, or other item recommended to diagnose, prevent or treat a declared pandemic, epidemic or security threat. The Countermeasures Injury Compensation Program was created so that in the unlikely event you experience a serious injury from a covered countermeasure, you may be considered for benefits.[ii]

Now what is the Prep Act?

The PREP Act, which was enacted as part of the Department of Defense, Emergency Supplemental Appropriations to address hurricanes in the Gulf of Mexico, and Pandemic Influenza Act of 2006 (Pub. L. 109–148) on December 30, 2005, confers broad liability protections to covered persons and authorizes compensation to eligible individuals who sustain serious physical injuries or deaths as the direct result of the administration or use of a covered countermeasure for a disease, condition, or threat that the Secretary of HHS determines either constitutes a current public health emergency, or there is a credible risk that the disease, condition, or threat may in the future constitute such an emergency. This determination is identified in a declaration issued by the Secretary under the PREP Act.[iii]

Something else about the PREP Act. It has been revised during both Bush 43 and Obama Administrations to include emergency measures to be taken to combat pandemic outbreaks. This includes quarantine measures by the state or federal government. We all need to become very aware of this dastardly legislation. Just remember what was shown in the 2011 movie Contagion. You get the idea.

So what is covered in the CICP?

Anthrax vaccine was the 1st major designated biologic for this program. And we all know the horrors of what happened to so many of our military personnel. Just search Dr. Meryl Nash and her great work uncovering this horrible tragedy.

H1N1 and TamiFlu influenza vaccines when first available to the public were included in the CICP until they were approved as a covered vaccine in the NVICP. Lovely.

Then comes along the manufactured Zika crisis and a vaccine was developed. The Zika vaccine is covered in the program.

I do not want to forget nerve agents, small pox, botulinum toxin, radiation, and any other future pandemic biologic vaccine or device.

The Secretary of HHS has now begun the process of adding Ebola vaccine to the program per her announcement in the Federal Register as of Dec 9, 2019.[iv]

Now comes the nasty curve ball and the bean ball at our heads.

There is only 1 year for the statute of limitations. Just 1 year to file after you receive a countermeasure vaccine. The time frame is absolute. There is no legal court adjudication process like the NVICP. There you have a special master, your attorney, the government’s attorneys, medical expert testimony to support your claim if needed. In the NVICP, you have the ability to appeal your decision to a higher court.

Just file a claim and submit to whom? A compensation request form to be filled out and sent to the Secretary of HHS. The Secretary alone has the ability to review and approve or deny the request. It is so super-secret there is not public notice of claims, there is no trust fund to monitor damage awards. Where does the money come from to pay from awards? Has there been anyone who has received compensation? I have found a few cases. Extremely difficult to determine.

More to come later. A lot more on the CICP and PREP Act.

Annie: Ms. Thunberg has Asperger's and I want to know who put that child on a world stage?
It makes as much sense to me as when they put the young man in front of Congress to testify that his Mommie never had him vaccinated, and he was now going to get himself vaccinated. I never could understand what he was doing there either?

Wayne!!! BUT WHY? That is horrible!
Is that common? It can't be, or there would not be a soldier that survived for duty! Why did they give her all of those at once? Did it ever come out?

The 2003-2004 SARS and the 2009 H1N1 Flu and the 2014-2016 Ebola fabricated panics epitomize the worldwide evil Medical Cabal led by our most evil CDC. Simply put, such phony panics allow such as CDC to cloak themselves with ever more powerful autocratic authority.

As to H1N1 this extremely toxic ribavirin drug was also casually employed and easily accounts for "flu-related" mortality.

As to Ebola, 4,400 deaths over 3 years comprised but 1% of all deaths in the three countries Sierra Leone, Guinea, Liberia over that time span. However, there are 6 different types of 'hemmorhagic fever" illnesses found in those countries, all that can cause death particularly among the impoverished malnourished populations of these countries. As is typical in medical panics many hemmorrhagic fevers were bundled up as "Ebola" (and cheered on by mainstream media that love to scare the public).

Every orchestrated panic serves to empower ever more the evil leaders at CDC, NIH, etc. - and lays the groundwork for forced vaccinations.

Because the planet is dying, because Australia is on fire, as a culture of humans we can no longer accept that what gets injected into newborns is nothnig but safe, nothing but effective, and nothing but necessary....help us brilliant Ms Thunberg!!!!

Pharma’s objective is that parents should never be allowed to question or challenge what the state injects into their children. All heil!

PS: Goodwin’s law is just that, a state law.

Meanwhile in China, home of the SARS outbreak which brought support for the PREP Act and is currently dealing with massive Pig Ebola that developed shortly after the Ebola vaccine was approved , there are reports of unexplained severe pneumonia which is prompting temperature checks and speculation of a new outbreak (SARS or something else).

Benedetta
The 1st prominent case of the CICP (and prior vax programs by DOD) that caught my attention involved the tragic death of Army Specialist Rachel Lacy. She received smallpox, anthrax, typhoid, hepatitis B, and MMR. The Pentagon said Lacy received the vaccines Mar 2, 2003 at Fort McCoy, Wis., where her unit was preparing for overseas deployment. She died at Mayo Clinic in Rochester, MN on April 4, 2003.

Corrine. Sec'y of HHS announced rules for adding Ebola vaccine to the CICP in Dec 2019. In 2015, I believe that there were rule changes to the injury table for CIDP.

So there have already been cases paid out by this program.
Which no one thinks about means how many more cases that just did not get paid out, in a one year time.

Sometimes I think we need to throw out every thing the Congress has passed and start over again.

Wayne, I love your work and I look forward to reading more about this. One minor correction: it looks like the announcement in the Federal Register was in 2015, not 2019. Thanks!

The Ebola virus coincidently belongs to the order of Monoegavirales just like measles (the ‘Mono’ indicates it has only one strand of genetic code). It uses its shell N and H proteans in the same way as measles to rip a hole in a cell wall in order to gain entry. But apart from that they are very different viruses. Still it is a strange and remarkable coincidence that on July 6th 1976 the first ever case of Ebola was discovered at Yambuku. Then whilst trying to track down, who the first recognized victim had contracted it from, another Ebola outbreak was found to have started less than a month earlier, June 27th at N’ zara some 400 miles away. Surprising, they were found to be different strains! Coincidently both villages had clinics.
As Dr. McCormick (and I must say ‘bravely’) continued his investigative work, he reported he was extremely puzzled that he could find no one anywhere, that recalled ever seeing hemorrhagic fever like this before — in that part of Africa. Extra puzzling because a small percentage (like 5% and more) were found to carry antibodies to this virus. Since then, some three other strains have pop up — to infect the human population. Coincidently, WHO reported later, that it was indeed fortunate that each out break ‘only’ occurred close to clinics, meaning that efforts to contain the out breaks were swift. Lucky that!
Still. I guess that it only just coincidence, that an outbreak of coincidences happened in the same time-frame — don’t you?
My main ref for this was The Coming Plague by Laurie Garrett (1995). Although it is pro-vaccines it reported the facts without drawing any conclusions. The author provided a full list of references in the Notes section which I found most helpful.

Thank you, Wayne, for exposing this horror show.

Thank you Wayne for all you have done and continue to do protecting our children, our families and our country from the "dark side" of those entrusted to protect the public health. Too often over decades .. as your comments reveal … public health officials have been complicit in exposing the public to "vaccines, medications and devices" that eventually proved dangerous to those innocent victims who used them .. often without anyone being held accountable for the damage done.

TRANSPARENCY in public health policies is desperately .. critically .. required and enforcing that TRANSPARENCY ought not be left to dedicated .. diligent individuals like yourself. God bless my friend.